Eve Online is so closely associated with the joke about “spreadsheet” gaming that the first time I saw it years back I was genuinely surprised that it actually has pretty, 3D ships. I suppose I was expecting a very complex space-themed MUD. Well, now it’ll have an option to become that, sort of. A new graphical setting for reducing GPU load during giant space battles will remove all that pretty outer space from your view, captain, leaving only the interface full of numbers and letters.

There it is. Gaming the way the universe intended. 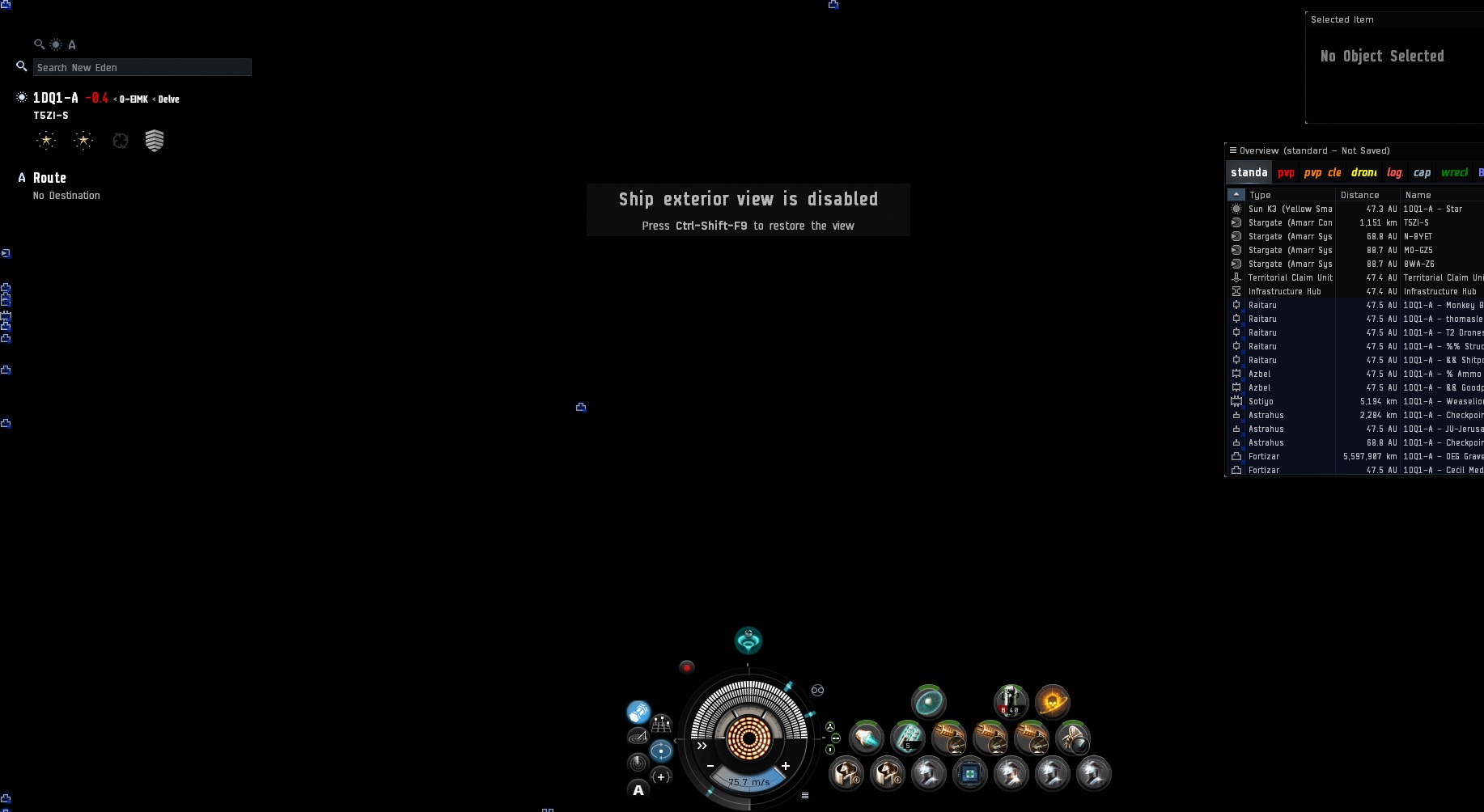 The new “UI-only” setting is currently being tested in Eve Online’s public test server. “The ability to toggle off the 3D scene will allow quick access to a high-performance, low-GPU-usage mode when viewing the 3D scene is not necessary,” CCP Games say in their forum post. “We’re hoping this will be useful both for players who want to lower GPU load on very low-end machines and for those who are engaged in fleet fights with thousands of players on grid that might be very taxing for their systems to render.”

CCP’s brand director told Kotaku “Obviously this option is meant for only the most extreme situations, but as we all know, EVE is all about extreme situations and with war raging, every frame counts. We look forward to being surprised by the creative ways in which this feature is embraced by our community!”