Watch Dogs Legion, aka Watch Dogs London, is nearly upon us. See its release, there, squatting at the end of October 2020 like a big cockernee pumpkin smoking a cigar. I am broadly looking forward to Ubisoft’s hacktion adventure where you can play as anyone by recruiting any NPC you see into your gang of hacktivists with undercuts, because from the hands on previews I’ve done, Ubisoft seem to have made a pretty good London.

But, at the most recent preview I played a couple of weeks ago, something happened which could not pass without comment, and that is that I, honest to God, did a mission to make Big Ben bong again.

I try not to be in the habit of making fun of things for no reason, and in this case I don’t think I am, because I was really quite astonished when I was presented with this particular mission. It is, in hindsight, an obvious move. How does one gamify the borough of Westminster (especially when Assassin’s Creed Syndicate has already done the whole ‘stop it from being blown up’ idea)? By doing a bong, of course!

Here is a video of the mission (edited down a bit for your convenience, so you don’t have to watch all the bits during my platforming a spider drone through the inner mechanisms of the clocktower where I fell down and had to redo jumping over some cogs).

In fairness, the video shows bits that I do enjoy. You’ll have seen examples of the sneaky, stealthy hacker approach before, but here I panic and get spotted, so have to punch my way out. This option has either been much improved since I last played, or I have got better at it. You can dodge, duck, dip and dive and land big parry attacks. In this preview, I got to infiltrate an underground fight club, and then recruit one of the lads I’d just beaten up. And when playing as him, people I punched went down much faster, because he was a punchy boy and his thing was punching. That makes sense!

I also do like my little spider bot. It has nice little legs. In fact, so far I like a lot of the gamey bits of Legion – the sneaking about, the choosing my approach, and making cars drive themselves into the bus in front – and stuff like the map clearing business in Ubisoft games that other people complain about. I also like the London they have made. But this mission is a very clear example of problems that can arise when the two meet, and I am concerned they might arise quite a bit.

The thing is, and in fairness this isn’t entirely Ubi’s fault – although I do feel that someone somewhere in the chain of command could have identified this as a potential issue and put the brakes on – is Making Big Ben Bong Again has recent, politically loaded history in the UK. It is one of many, many, many things about London that is quite political and not at all neutral.

The last time we had a big thing about Big Ben doing a Bong (because currently Big Ben isn’t Bonging because it is under repair, and will be until next year) it was because for some reason it was very important to Nigel Farage, and possibly also the actual Prime Minister of Great Britain and Northern Ireland, and some other very fervent people, that Big Ben bonged at the stroke of midnight on January 31, 2020, when we left the EU. There were fundraisers. People got cross. In the end, they weren’t allowed to Bong Big Ben, and had to play a recorded Bong in front of Downing Street. 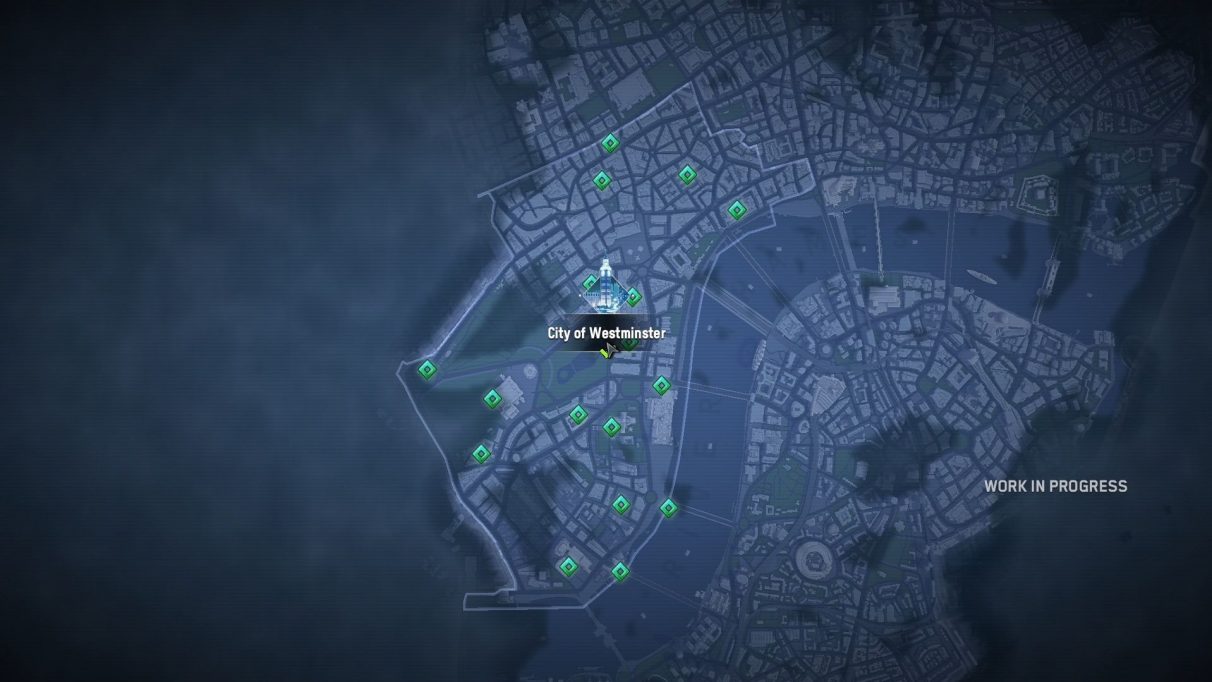 It was, in my opinion, an excruciating embarrassment. A farcical nonsense of the lowest order. An example of precisely why most normal people wouldn’t care much about a big clock tower doing a noise, especially when we consider that in Westminster “normal people” is a relative term that has to include things like “the government” and “the head office of Pret a Manger”.

So to anyone aware of that context, this mission and the dialogue in it about “parliamentary democracy” and “[sullying] the Palace of Westminster” and “giving the power back to the people”, sounds really fucking Brexity, doesn’t it? Like, the cutscene where everyone in Westminster spontaneously lets off fireworks is probably what Farage imagined the critical Bong moment actually looked like at the start of the year.

Maybe I’ve read it all wrong. Watch Dogs: Legion’s brand of political commentary (which is about as strongly flavoured as a bottle of Buxton’s fruity spring water) did seem to be leaning a bit towards anti-capitalism and anti-authoritarianism. One of the big baddies is the leader of Albion, Nigel Cass, who has leveraged some suspiciously well-timed terrorist attacks to replace the regular police with his Albion forces.

That feels a bit V For Vendetta, but maybe the Scooby Doo mask-off moment will reveal that Nigel Cass was Marx all along, and Watch Dogs is actually massively right wing and pro-nationalism. In which case I will just really disagree with it, I suppose.

But I don’t think it’s that. I think that it’s a consequence of a game about London being made mostly by people who do not live or work in either London or even the UK. Like I said, without context, it does make total sense to make Big Ben a mission to map clear Westminster. It’s a big landmark, it’s in Westminster, it makes a logical topper for the area.

But nothing is devoid of context, is it? So now, although it is very funny to laugh at the concept of a mission where you make Big Ben Bong (and it is), I am also thinking things like “Jesus, I hope they don’t try and do anything about Cable Street.”