As it was foretold by the dataminers, now it shall come to pass. Bouncy bean competition game Fall Guys is getting a Sonic The Hedgehog costume later this week. It’s the latest of several game series crossovers that have made it into the game as unlockable skins. Now that Sega is at the table, I have a humble suggestion for a couple other characters that are great at silly fisticuffs.

Mediatonic showed off the Sonic costume in a livestream today and boy oh boy it is the glossiest, plastic-iest Sonic I’ve ever seen. Does it make your Fall Guy go faster? Nope, no such luck. Sonic will be added to Fall Guys’ in-game store this Wednesday, October 14th for a total of 10 crowns. Good news then that Fall Guys failures like me can earn a whopping 21 crowns in season 2 just by progressing through the reward track. We can all go fast if we like.

This isn’t the first game series crossover that Fall Guys has done. It has a banana costume based on My Friend Pedro, which is published by Devolver Digital as Fall Guys is. It’s also gotten costumes based on Portal, Team Fortress 2, and Half-Life.

Okay, so listen. Sega, listen. You’ve got to rise to Valve’s challenge by bringing more series to Fall Guys cosmetic fame. Which one first, you ask? Oh, it’s obvious, certainly. I want Yakuza costumes. Don’t laugh. How cute would the little beans look wearing Kiryu and Majima’s signature outfits? Heck, even the new protagonist coming in Yakuza: Like A Dragon has the perfect color palette for Fall Guys. Ichiban’s magenta suit would be adorable. Fall Guys is all about silly minigames. Yakuza is at least half about silly minigames. It’s a perfect pair.

I’ve drawn up a concept for my guy Majima, as is customary for Fall Guys costume demands. My mouse art is unrivaled, clearly. Don’t call me. Just call each other. I trust you to make this happen. Thanks. 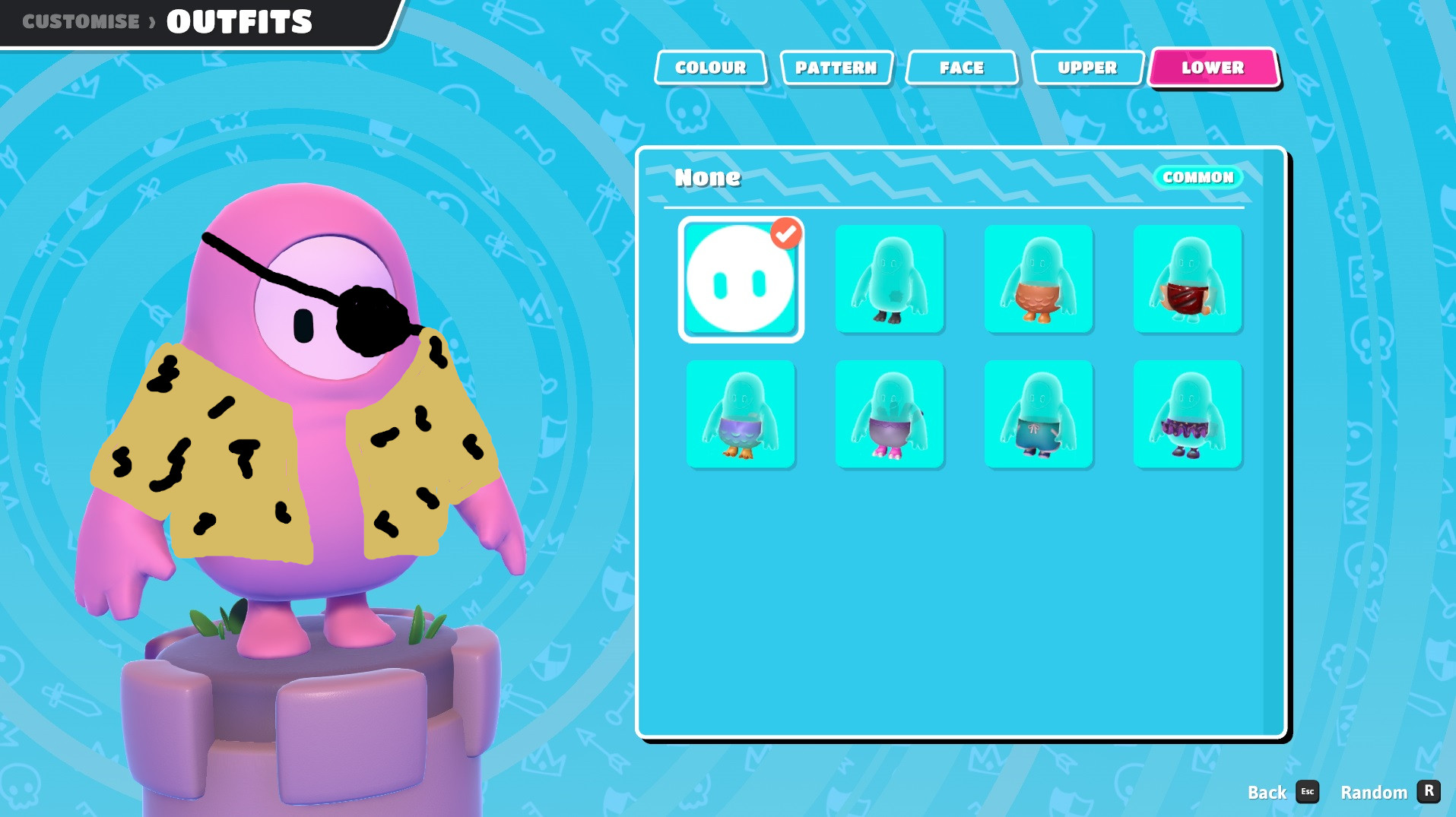 I’m sorry for giving up before drawing his fantastic shoes.