Sad news, Amazon Prime Day monitor deals hunters. The superb discount on Samsung’s Odyssey G7 monitor is now sold out. It leaves a very large hole in its wake, and sadly there isn’t another 2560×1440 gaming monitor with a 240Hz refresh rate and HDR support to fill in the gap. Indeed, what’s left in Amazon’s Prime Day monitor deals aren’t particularly good, and I’d probably advise waiting until Black Friday to see if we get a better selection. However, if you’re determined to buy a new gaming monitor today, make it the Acer Predator XB271HU, which is down to £480 right now instead of its usual £600.

The XB271HU is a little old compared to other gaming monitors around right now, but its 2560×1440 resolution, 165Hz refresh rate and full-fat Nvidia G-Sync support still put it way out in front of the rest of its Prime Day competition. I was a big fan of the smaller Acer Predator XB241H when I reviewed it in 2018, and I have every confidence that this larger 27in, 1440p model will be just as good when it comes to overall image quality.

Admittedly, my Amazon price tracker shows this monitor was a fraction cheaper over last year’s Black Friday, where it dropped to £470, but that’s still only a difference of ten quid. For most of this year, you would have paid £630 for it, and in recent weeks that’s risen to £640. As a result, today’s £160 saving is pretty decent all things considered. 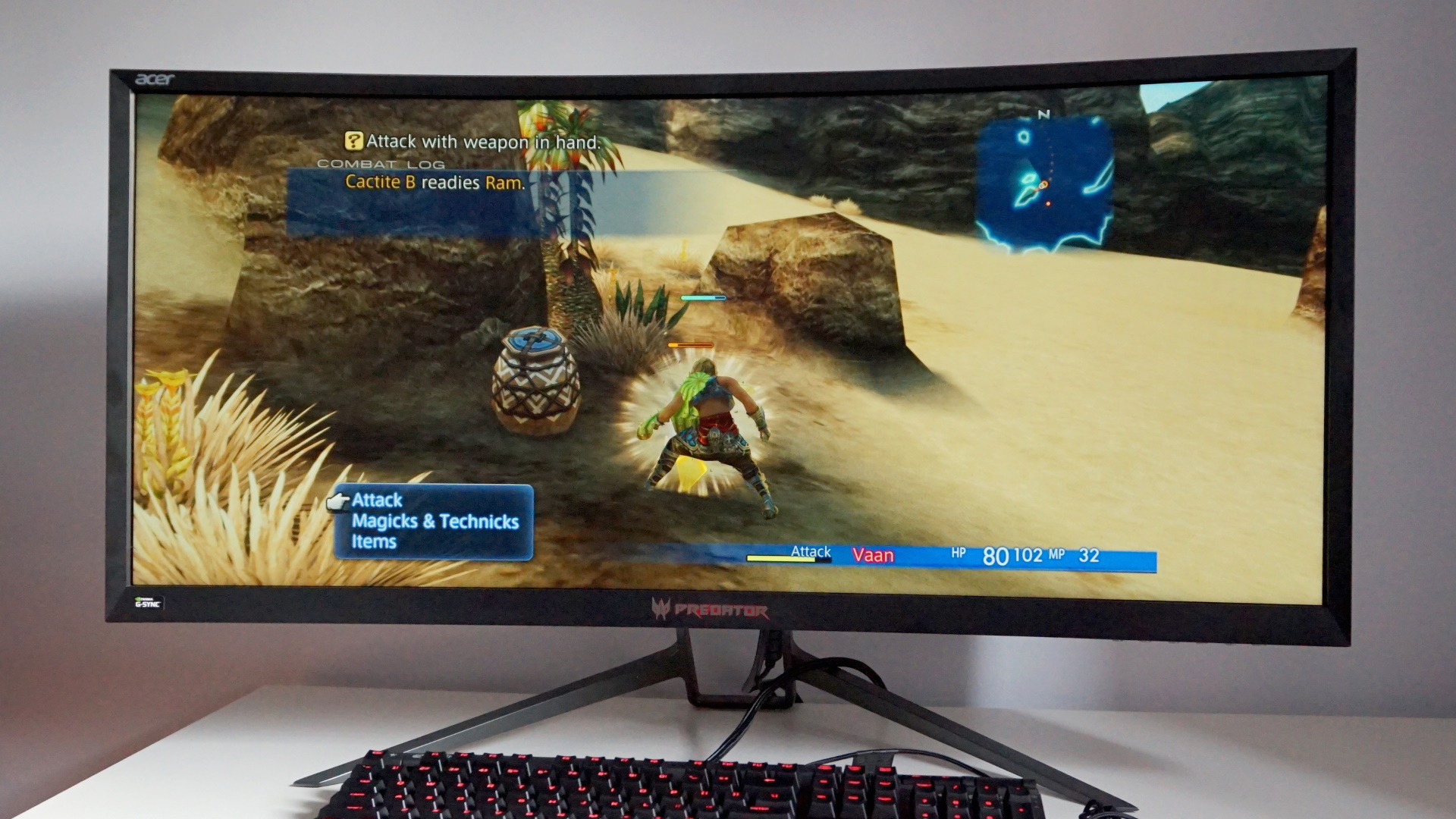 The Predator Z35p is still my top ultrawide monitor recommendation.

If it’s an ultrawide monitor you’re after, though, then it’s pretty much a choice between the Acer Predator Z35p (another big favourite in my current best gaming monitor rankings) if you want a traditional 21:9 display, or the ludicrously large Samsung CHG90, which has an even wider 32:9 aspect ratio and is effectively two 27in 1920×1080 monitors in one. Both are down to £620 at the moment, and definitely my pick of the bunch from what’s left.

Again, the Predator Z35p is getting on a bit now, but it’s still a great screen in its own right thanks to its wonderfully accurate curved VA panel, its 100Hz refresh rate and its full-fat G-Sync support.

The Samsung CHG90 is a massive indulgence, but cor, look at that aspect ratio (and think of the spreadsheets!).

The Samsung CHG90 has also since been replaced by the even higher resolution Samsung CRG9, but its 3840×1080 resolution, 144Hz refresh rate and HDR support do still make it an excellent display nonetheless. I was a big fan of it when I tested it, and I loved the CRG9 even more (which, by the way, is currently down to £1100 over at Ebuyer if you’re interested). Trust me, it makes the best ultrawide PC games look even better when they properly wrap around your eyeballs. 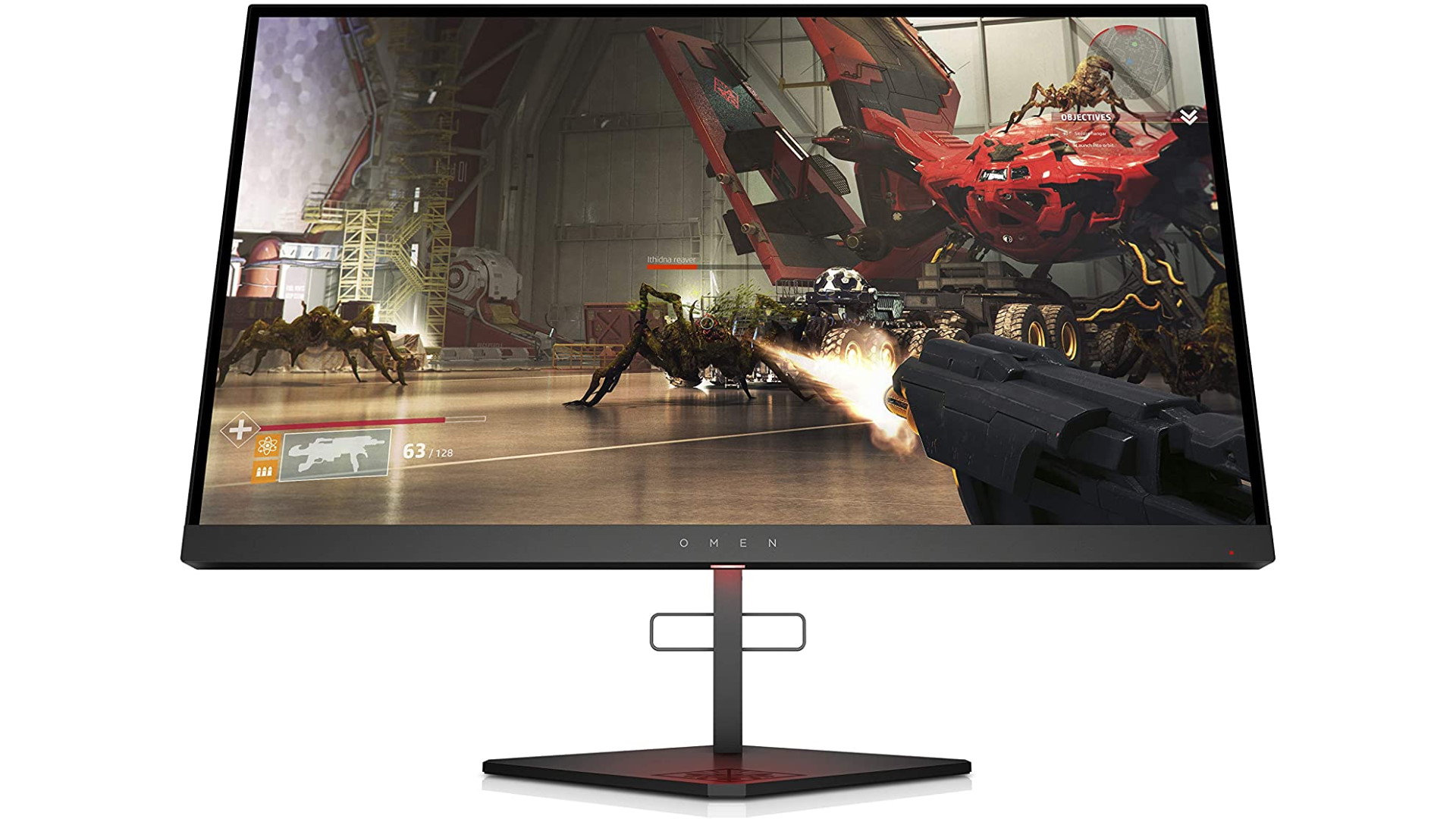 It’s one of Nvidia’s officially certified G-Sync Compatible monitors, too, and it’s currently £70 off. This is the same price it was over Black Friday last year, according to my Amazon price tracker, but it’s still a heck of a lot better than what it’s cost for most of this year. Indeed, the lowest price it’s been most recently is only £329, making this quite a decent discount if you’re after a top notch 240Hz display.

Now, while I haven’t tested this monitor personally, I’d still recommend this over the dozens of other 1920×1080 gaming monitors on sale at the moment. That’s mostly because a lot of them are 27in in size, which is really the upper limit of what I’d recommend for a 1920×1080 resolution. If you’re buying a 27in monitor, you’ll thank yourself later by choosing one with a 2560×1440 resolution. They’re more expensive as a result, but your eyes will much better for it. Text often looks quite hazy when spread across a 27in at 1920×1080, and I definitely wouldn’t recommend it for work.

The HP Omen X 25f, on the other hand, is a 25in monitor, and a much better size for its resolution. The fact it’s also passed Nvidia’s G-Sync Compatible test means its image quality is of a good standard, and Nvidia and AMD graphics card owners will be able to enjoy its variable refresh rate technology for smooth, tear-free gaming at high frame rates. I’d definitely pick it over the more expensive £319 Acer Predator XB273GX and I’d also urge you to spend the extra over other, cheaper monitors such as the £199 Acer Nitro VG270S that only have fixed stands rather than the height-adjustable one you get on the HP.