I was always fairly lukewarm on the lore behind Blizzard’s Warcraft games, if I’m honest. It seemed to be a case of “all shoulderpads and no substance”, and I couldn’t get why it gripped people so much. But then I got into Hearthstone. For whatever reason, the card game’s take on the Warcraftiverse, which somehow manages to ascend to an even higher plateau of camp than the base material, really grew on me, and after five years of playing, I’ve ended up an accidental expert on this ridiculous body of lore. God help me, I even unironically loved the Warcraft movie, Shrek baby and all, and I’m not ashamed to say it.

As such, Hearthstone’s current single player content series, the Book Of Heroes, is a particular treat. Every month, starting from last month, the BoH unlocks a new series of eight linked boss fights, where you take on the role of one of Hearthstone’s ten emblematic class heroes, and fight through the landmark moments of their pretend careers. In a strange departure from Hearthstone’s usual tongue-in-cheek, saturday-morning-cartoon energy, these stories are played straight, with proper melodrama and everything, and it works surprisingly well.

The series began last month with Jaina, the improbably-boobed lady representing Hearthstone’s Mage class, and chronicled her rise from a seemingly ordinary human being to a scrunched up mess of frost magic and abdominal muscles. This month, however, it’s time to jump into the story of Rexxar, the poster brute for Hearthstone’s hunter class, and my personal favourite of the lot. Perhaps because of his peculiar batman hat, which appears to be made from a hollowed out wolf, or perhaps because of his sentimental affection for horrid monsters, I’ve always had a lot of time for this socially awkward beastmaster, and it was nice to see him in the limelight for a change.

Rexxar’s adventure – which he narrates between fights, as if he’s appearing at some weird “an evening with Rexxar” promotional event at a local bookshop – is a simple tale of one hulking monster tamer’s struggle for self-acceptance. It will see you partake in a no-holds-barred lynx mauling sesh with your own father, save a random orc from a ganking by pigmen, and fight in… a colossal naval battle… against Jaina’s… dad? Good lord, now I think about it, Rexxar just can’t stop fighting dads, can he? 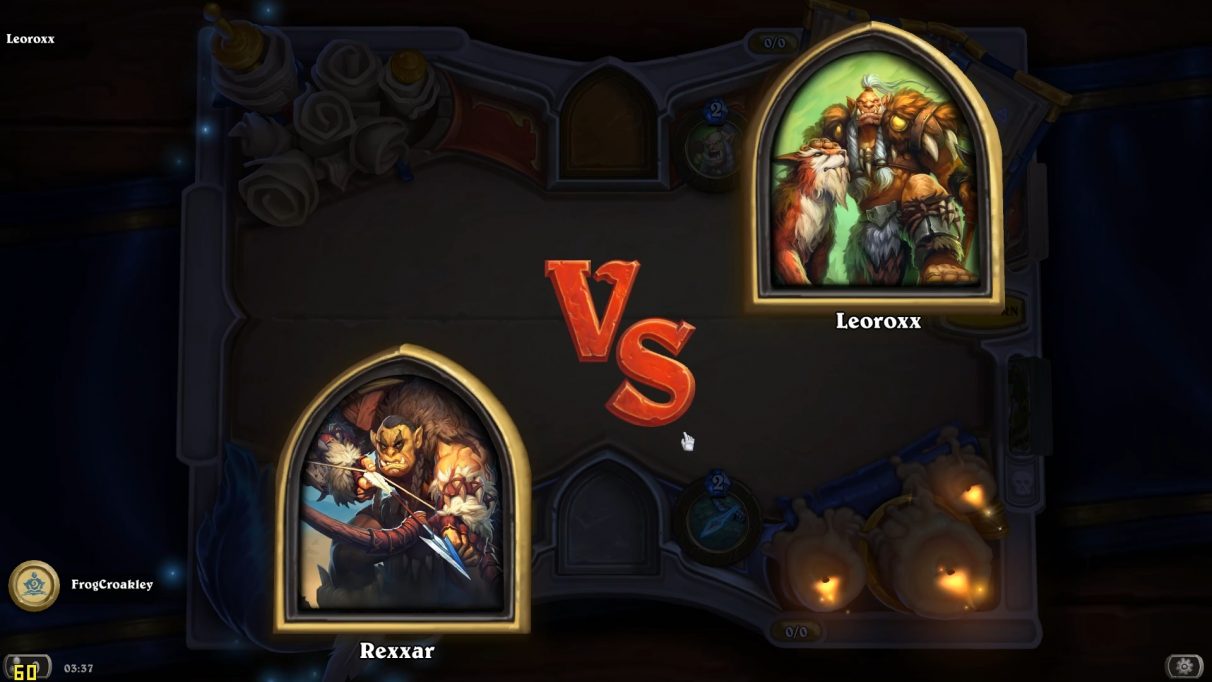 Anyway, it’s great fun, particularly for something that’s completely free, and you even get a pack of cards for completing it, plus a further three as a quest reward if you play it this week. As ever, Blizz have shown a lot of creativity with the mechanics of the boss encounters, too. My favourite was the one where Rexxar tames his best mate, a giant bear called Misha.

In that encounter, you’re not trying to fight the bear itself, but the trap it’s gotten caught in, represented by a massive taunt minion that continually causes Misha damage until you manage to batter it to pieces. It’s not the hardest fight I’ve come up against in Hearthstone, but it’s a cool little puzzle, and it made for a lovely break from my usual morning run of netdeck grinding. 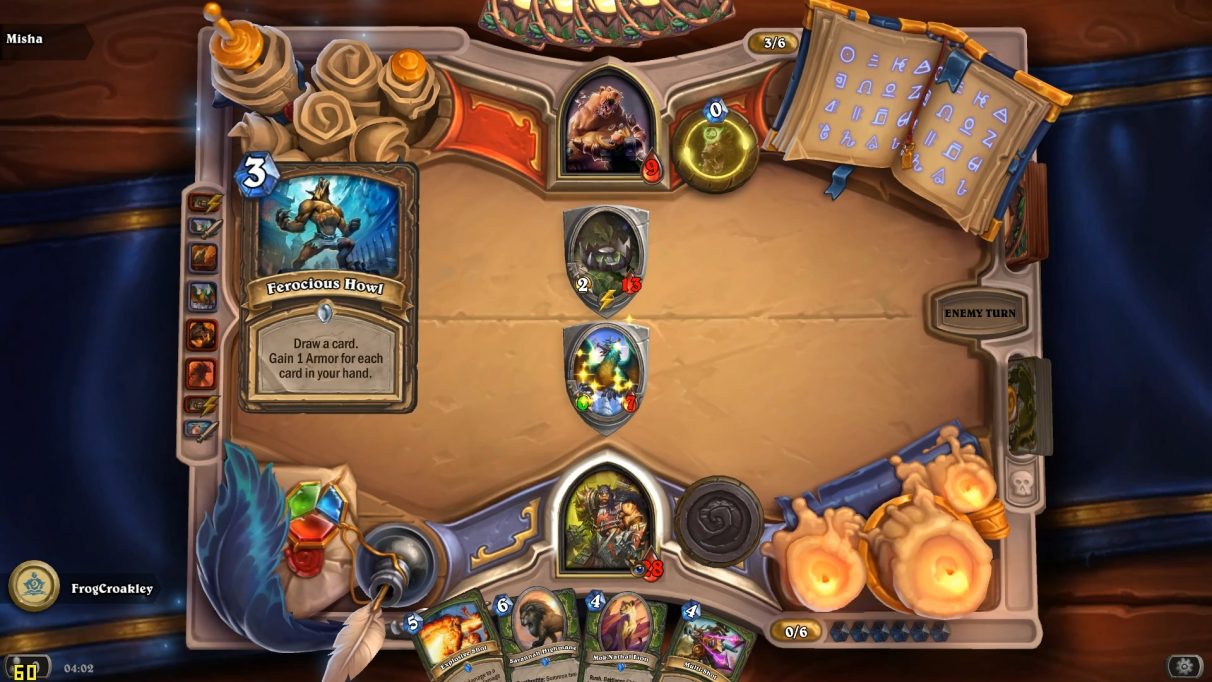 You can play Rexxar’s story for yourself now, at no cost. And if you really want to get into the deep lore behind Hearthstone’s heroes, be sure to check out this very serious guide I wrote.