A little while back I restarted Baldur’s Gate III to play through as the most interesting person I could make in the current character creator. Owing to several comments misunderstanding a cheap joke I made in an image caption, this character is now known as Wonderwall, although technically the game thinks their name is Tav.

Despite my misgivings about the chaotic and impractical nature of their build, ol’ DoubleDoubleyou and crew are actually going okay, mainly because all of the NPCs are competent at their roles, and Wonderwall is a decent archer so they can stand at the back and not get in anyone’s way. But as well as going okay, their adventure is also going very slowly, and I am finding this an ideal turn of events.

Baldur’s Gate 3 is a massive, complex RPG based on the ruleset of Dungeons & Dragons. Its opening area, which is the bit you can do in the current early access, is layered and rich and full of startling happenstances. Wonderwall has not encountered most of these, because their capricious god-puppeteer (me, hello) only plays for about 20 minutes a session every time. Half an hour, max.

I felt a bit guilty about this at first, because I’ve always thought of RPGs as these big immersive epics that you need to spend hours at a time in – and I’m sure you can do this with BG3. But then I thought, is this really the most enjoyable way to play? Even real life sessions of TRPGs go on for ages, until at the end, when only the shit snacks are left and you just want to go home, and you are slumped in your chair going “I just… I fuckin’… I stab the goblin. I dunno. Whatever. Christ, it’s midnight.” 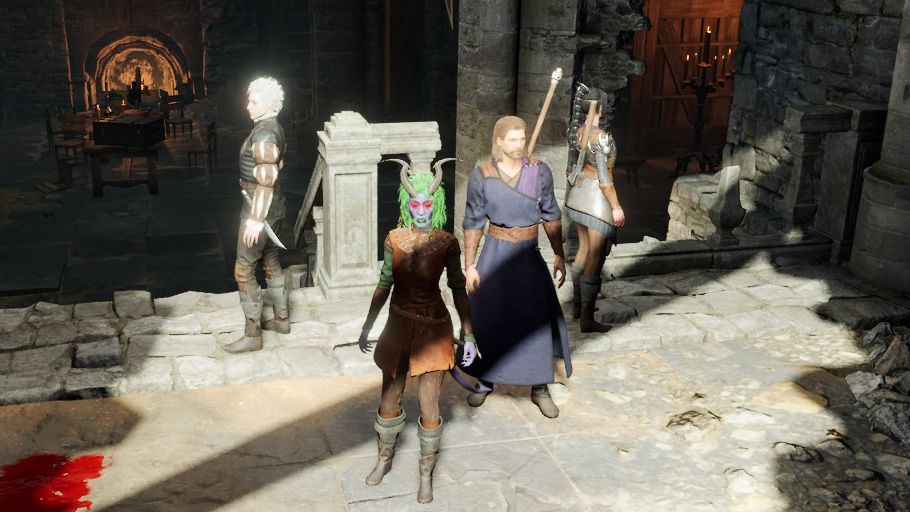 Another great thing about BG3 is that when you move somewhere the party rearrange themselves around you like an album cover.

But when I embraced the shorty BG3 sesh, whole evenings opened up to me! It’s really enabled by how clicky and complicated and one-foot-in-front-of-the-other the game ends up being. In something like a Dragon Age (which obviously I love, as you know) it’s quite hard to pinpoint events that feel like milestones because you can breeze through most things, and then have a quickie shag at camp to celebrate before getting back on the road. Stopping your playtime at anything short of killing an entire dragon feels like a waste.

In BG3, everything is a milestone. Successfully unlocked a door? Smashed it. Had an argument with a smug wizard at your camp? Pat yourself on the back, you champion. Saw a boar? Gold star time. And getting through any single bit of combat unscathed is a massive win. I spam F5 so much whilst playing that I fear the other keys are getting jealous, because they know it’s my favourite. I savescum like a motherfucker, and I don’t care who knows it (apart from on the big d20 dice checks, which are super fun and reloading on a failure for one of those would really be cheating). 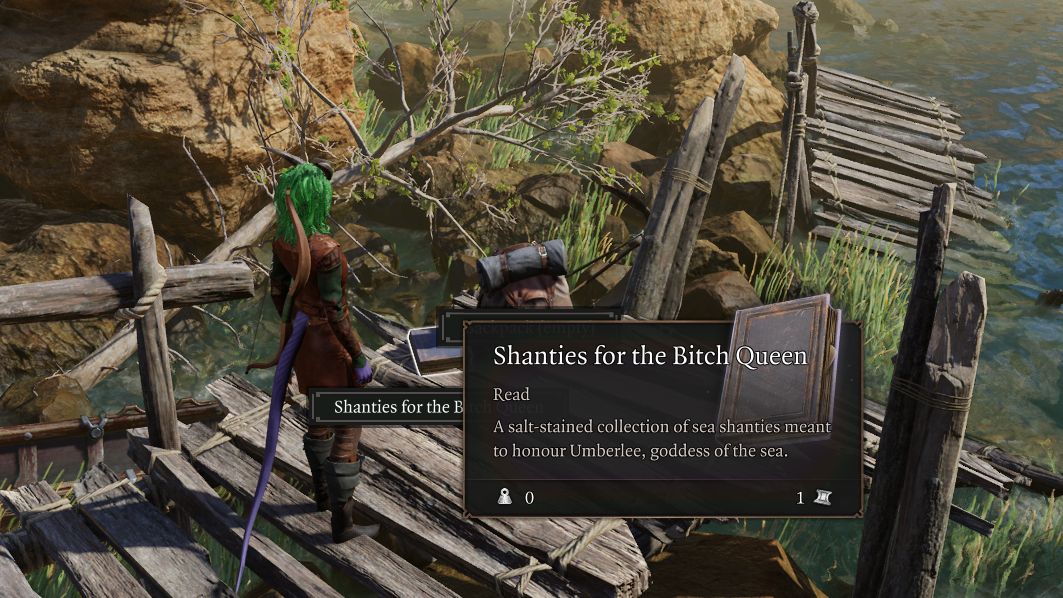 Bold of Larian to include my unauthorised biography

Plus, I have noticed that this is how I am compartmentalising a lot of my life right now. 20 minutes is about enough time to add a row to the scarf I’m making, or read a chapter of the book I’m on. And when you compare that to stuff you can do in the same amount of time in Baldur’s Gate 3, Faerûn is certainly offering more bang for yer buck. Half an hour there is enough time to kill a bunch of monsters, say, or run into a new companion, or surprise some bandit by sneaking into a ruin and then getting a critical hit on your sneak attack so then he dies like, instantly, and does an amazing animation where it looks like he’s running on the spot and then pratfalling in his own blood. Amazing. And you still have loads of time to make a nice dinner.

Perhaps most attractive is that playing this in teeny tiny bursts means it’s going to take me bloody ages. In his review, Matthew feared that buying into the early access now might make you disappointed because you’ll just want to unlock the whole thing. That bothers me not a jot, because I know I’ll probably still be strolling about in the forest by the 1.0 release. I am getting, and I cannot stress this enough, incredible value out of Baldur’s Gate 3.

God, I can’t wait for the next 20 minutes tonight. Might even take my daily ‘short rest’. What a rush!