Knowing the very best guns in Warzone like the back of your hand is a key skill in Modern Warfare’s uber-popular Battle Royale mode – and we’re here to help you hone that skill. Below you’ll find our tried and tested Warzone weapon tier list, along with detailed explanations and tips on the very best guns in Season 6 of Warzone.

Here is our Warzone weapon tier list for Season 6, which contains all 43 primary weapons in Modern Warfare.

Now, let’s talk in more detail about the S-Tier weapons in this table, which we consider to be the very best guns in Warzone as of Season 6.

The FiNN would be an impressive weapon even without its range of Adverse barrel attachments, which increase the fire rate to near unmatched levels (over 1000 RPM, in fact) without really doing that much to counterbalance this buff. With a high mag size, great ironsights, fast handling, extremely controllable recoil, and an astonishingly high DPS, in its current state the FiNN might be the very best gun in Warzone, full stop.

The SP-R 208, one of two new weapons added in Season 6 of Warzone, is a powerful Marksman Rifle that has quickly cemented itself as a top-tier gun. Superceding the Kar98k in almost every way, the SP-R’s various unique attachment options (improving damage and fire rate among other things) gives players perhaps the first DMR that can truly match the top sniper rifles in terms of lethality.

With the nerf-into-oblivion of the previously dominant LMG (the Bruen), the venerable PKM was more than ready to step up and become the sleeper hit of Season 5 (at least until the FiNN arrived and stole all its thunder). Unbelievable damage and range stats couple with fantastic handling and clean ironsights to become one of the clear strongest weapons in Warzone at the moment. The one caveat is that it’s big and bulky and takes ages to reload, so be sure to check out our best PKM loadout above if you want to see how best to ready yourself for battle with this superb gun.

The Grau has been a sleeper hit for a while, and only after a few seasons did the playerbase really cotton on to its incredible potential. Even with the Season 4 nerf to its damage dropoff values, this gun is unbelievably precise – and with the right attachments (for example, the Monolithic Suppressor and 26.4” Barrel) the Grau can still become one of the most accurate and controllable full-auto weapon in Warzone for Season 6.

Season 4 saw an enormous damage buff to the FAL, which previously had always seemed great in theory but lacking in reality. Now, it’s right up there with the Grau and Bruen, rounding off the holy trinity at the top of Warzone’s weapons meta at the moment. Extremely high damage over any range, fast-firing, and easy to handle. What more do you want? This is by far the strongest semi-automatic gun in Warzone.

The Oden is an absolute powerhouse Assault Rifle, with the highest damage-per-shot of any automatic weapon in Warzone. I’ve out-sniped HDR-users and burst down MP5-users with the same Oden in the same match. After spending time with the Oden, you’ll find it hard to go back to any other full-auto gun, because none of them are as punishing with a single shot as the Oden.

The HDR is still the best sniper in Warzone. The AX-50 may have it marginally beat in terms of handling, but the HDR’s immense bullet velocity is about the closest you can get to hitscan in this game. There’s pretty much no bullet drop at all, so all you need to do is aim on the head and click, and that bullet will sail 200 metres to instantly knock the enemy out.

Everyone has an opinion on the best SMG in Warzone, and honestly the overall viability of the MP7 and the MP5 are about equal. But I prefer the MP7 for its flexible magazine capacity and smoother handling. This close-quarters blitzer can mow down entire squads in seconds – particularly if you kit it like I do (check the link above!).

I’m adding the M4A1 here simply because I’m sure many of you will be wondering why I don’t include it in the S-Tier of my Warzone weapon tier list. The truth is that the M4 is still an excellent, powerful, and reliable Assault Rifle, which only just misses the S-tier spot for me. But in recent times, the meta has subtly shifted, such that I can no longer see the clear benefits of using an M4A1 over its closest rivals (the Grau, the RAM-7, and the Kilo 141). But if you’re looking to give yourself the best chance of victory with an M4A1, you need to check out our guide to the best M4A1 Warzone loadout. 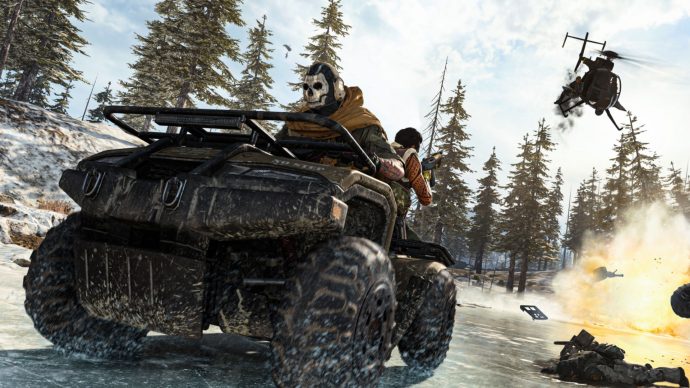 And there you have it! Hopefully now you’re a master of the Warzone weapons arsenal, and you’re ready to put your newfound knowledge to the test. But in case you’re still hungering for tips and stats, be sure to check out our our guides to the best Warzone loadouts and the best perks.