I’m dead serious, on both counts. Netflix’s NX Twitter account just Twote out a little teaser for a live action Assassin’s Creed Netflix Original Series. Right now there’s no date, no hint at the setting, and no actors attached. It is a few bars of that musical sting we all love, and the AssCreed logo with an N in it.

NX is “Netflix’s home of all things geek”, and it basically just highlights all the sci-fi and fantasy stuff that fans of Swedish thrillers will turn their noses up at. In a follow up tweet, NX confirmed that Netflix “will be developing an Assassin’s Creed live-action series” with Ubi’s Jason Altman and Danielle Kreinik of Ubisoft Film & Television on board as executive producers. I’d say their LinkedIns are lighting up right now. They’re about to get one of those emails going “Your profile is getting noticed”.

Ubisoft Film & Television used to be Ubisoft Motion Pictures, the division that brought us 2016’s Assassin’s Creed movie, starring Michael Fassbender and Marion Cotillard. And I am convinced that Netflix should make their TV show a sequel to it.

Now, the AC film was a terrible film, on many levels. Conceded. For some reason, the bit that really stuck with me was the sound editing. Like, where Fassbender does the big leap of faith stunt, for some reason the movie cut in a dramatic BWAHHHH when he was half way down. Not when he landed, not when he took the actual leap. In the middle. BWAAAAAH I’M FALLING BWAAAAAH. Anyway.

The thing is, it wasn’t devoid of good ideas. Having Brendan Gleeson in your film: always a good idea. I liked the way it did the Animus as a big Cirque Du Soleil robot arm that flung Fassbender around like a parkour test dummy. Setting up Cotillard’s character as a conflicted baddie for the sequels they hoped for but never happened was also good, as was the (brief) appearance of some cool assassins of yore who would be good supporting characters or flashback types. The film laid some solid foundations, it’s just the first thing built on it was a bit of a tower of shite.

But isn’t the joke about Ubisoft that the second thing they make in a series is always way better than the first? And Netflix have a very good track record with video game stuff, including their Castlevania anime and The Witcher TV series, both of which I judge to be good. 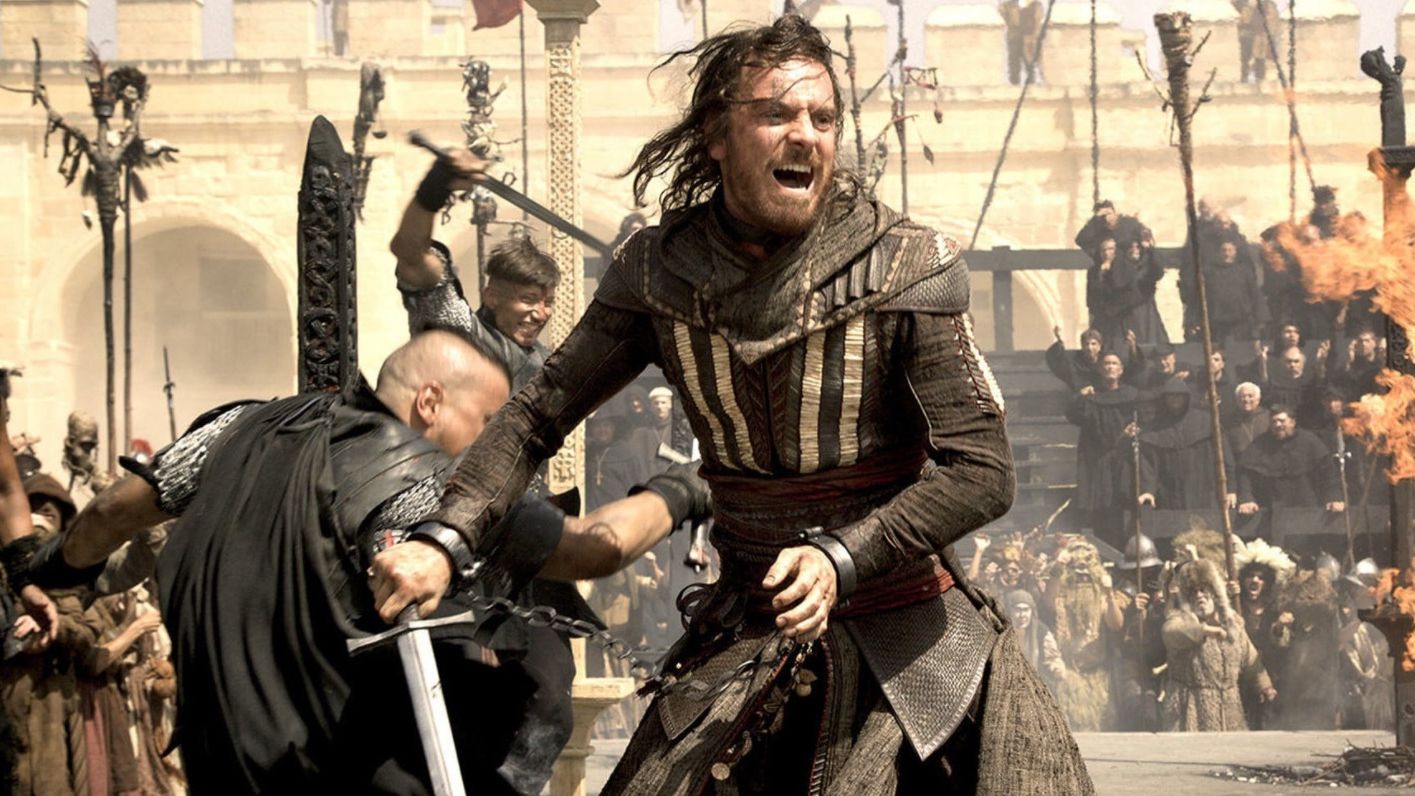 Imagine: the series picks up after the events of the film, with the Assassin’s fleeing to hide the apple they just murder-stole from the Templars. The series is about the two teams kicking it back and forth like a football, while the events of the games are just, you know, happening somewhere else, who cares. Like Agents of Shield! But with stabbing! Plus, your team of assassins could each have a historical assassins counterpart for confusing timetravel-but-not-really fun à la Westworld!

Unfortunately I think the in-game lore might have delicately stepped over and around the film a bit, but nobody pays that much attention to it anyway. I say, be bold. Go with the Assassin’s Creed: The Movie: The Extended Universe. I do also think Fassbender should be roped back and chained to the franchise wheel for a bit, as penance for looking so godammn bored through the whole film. But that is kind of a personal gripe.

Anyway, that’s all we know for now. Further bulletins as events warrant? This is all in the ramp up to the release of Assassin’s Creed Valhalla, a viking flavoured assventure out on November 10th.