Microsoft have been on a rampaging buying mid-size game studios in recent years, escalating to the point that they bought chuffing ZeniMax in September. But even buying the studios behind The Elder Scrolls, Doom, Dishonored, Fallout, and so on has not sated their desire for acquisition and expansion. In a recent interview, Xbox head Phil Spencer explained he thinks they still have a few holes in their lineup, a few types of games they’re not yet making internally. And with Xbox Game Pass being a big part of their plans, they really want to be able to do everything.

In an interview with Gamereactor, Phil Spencer said that back in the late days of Xbox 360 and early Xbone, Microsoft “didn’t invest enough in our creative capabilities with our studios, and it showed.” So he says after he got the head job, they “built a business model that prioritised investing in content knowing that we would have to invest early and wait a while for those investments to pay off.” Takes years to make a game, dunnit. But damn, they sure have invested.

“If we look at what people are playing on Xbox, what Game Pass subscribers are playing, I think what is missing from our portfolio is casual content with a broad appeal,” he told Gamereactor. “E-rated content (to use an ESRB rating) is not a strength for us. We obviously have Minecraft and we have some other franchises. But when I think about expanding the creative palette that our teams have, I think that is critically important.” 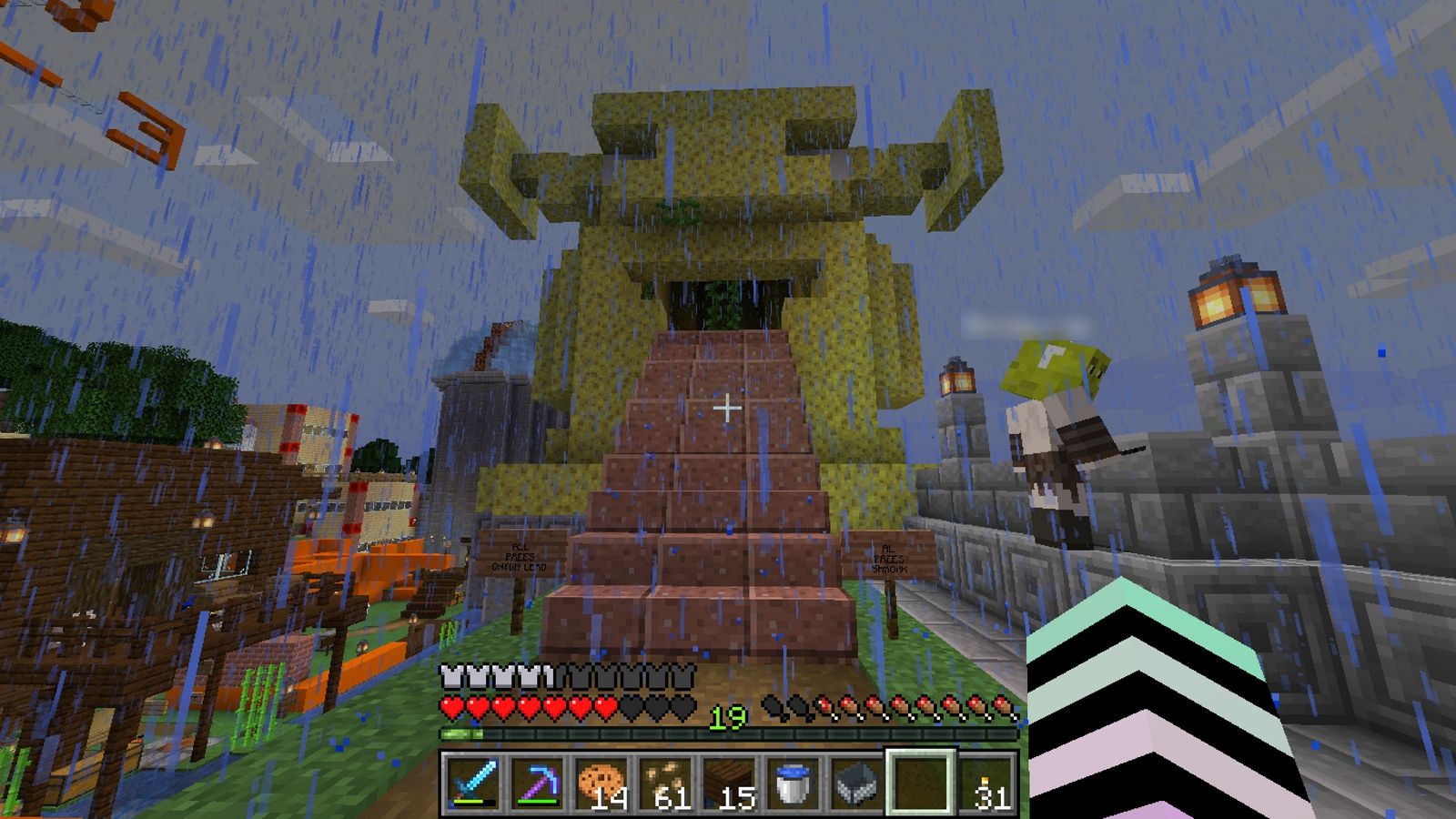 A throwback to the time our Minecraft server became a hellish Shrek larp. Just what the kids want.

“Teams that can build new franchises, tell new stories, those are always sought after. That’s why I’m excited about projects like Starfield and the next Compulsion game because I like teams that think about new creations. And frankly, as Game Pass continues to grow, we need to continue to feed that subscription. So, with the growth that we are seeing, I expect we will constantly be in this mode of bringing more creators into the fold.”

It is interesting how much a focus Game Pass is for these decisions. Every digital industry is looking to subscription services right now but Microsoft have one of the few that’s, like, actually worth paying for. They seem like they’d be quite content with a future where few people actually bought games and so many subscribed. Especially considering the new Xbox has a $25/month plan covering both a console and Game Pass, with the console becoming yours after two years.

I am reminded somewhat of our Graham’s warning last year: stop worrying about timed exclusives and worry more about games industry consolidation.

The rest of the Gamereactor interview is interesting too, if you’re curious about Microsoft’s Xbox plans. The Starfield he mentioned, by the way, is the mysterious singleplayer game Bethesda announced in 2018 and haven’t said much about since. I suppose buying companies is one way to get the inside goss on what they’re making.