I love a good game with romanceable companions. I have not yet had the pleasure of playing Larian’s Baldur’s Gate 3 to flirt with it’s eligible characters, but thanks to yesterday’s update, I know exactly who you’re all falling for. Turns out 33% of players have romanced Gale, while 31% have taken more of a liking to Shadowheart.

Sure, Larian mentioned a load of the fixes in the latest patch, too, but I think we need to talk about your taste in fictional lovers.

Several messages scrawled around the RPS Treehouse tell me what I need to know about Gale, “He is the nice wizard man,” says one. “He’s classic romance fodder because he is smug,” says another.

Of course. Of course over a third of you have fallen for the smug wizard! To be clear, I’m not shaming anyone. I would. Smug wizard is like, the peak romance option. Think about Dorian from Dragon Age: Inquisition. He fits that description like a glove and is also an excellent companion. 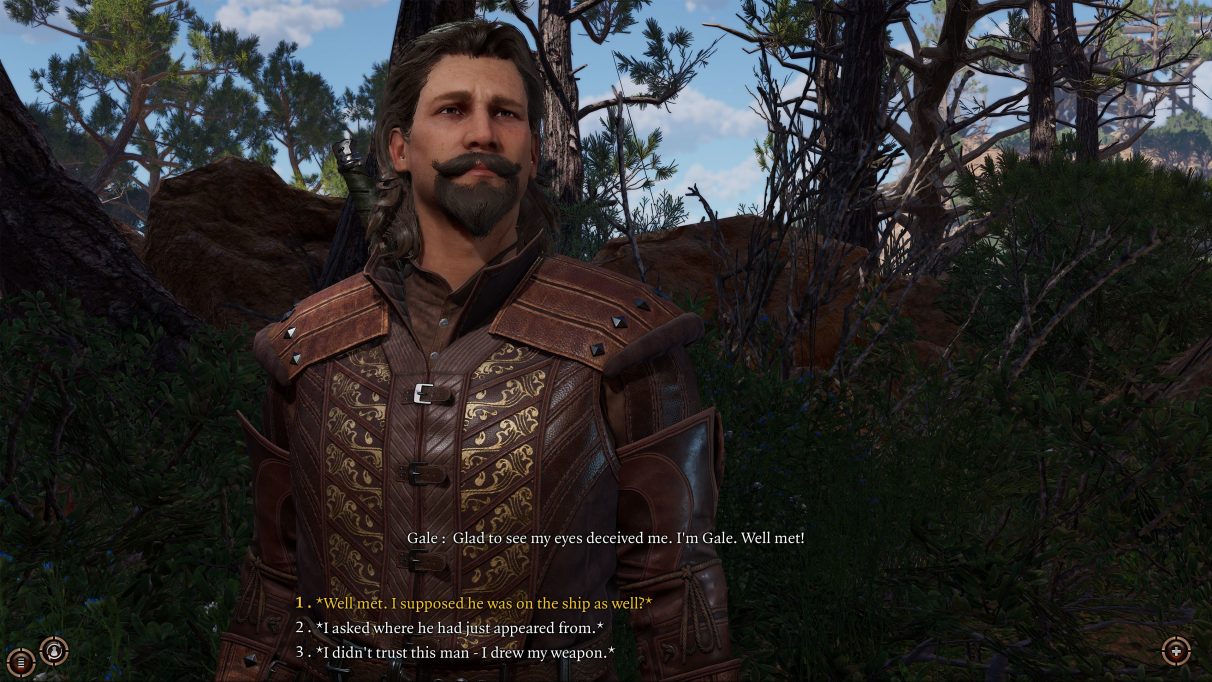 Gale even has good facial hair like Dorian, I approve.

Other stats mentioned in Larian’s post include something about sucking toes, which to be perfectly honest, puts me off ever touching BG3.

“On a less romantic note (though this really depends on your tastes), 5.87% of players tried to steal the ring… but 26.3% of those players merely sucked a toe,” they say. “If you haven’t got there yet, you’ll know when you see it.”

A much better statistic to come out of this, however, is the dog petting one. You wonderful BG3 players have pet the dog 400,000 times. Excellent work.

In regards to the aforementioned fixes, Larian have made some tweaks to the game’s cinematics to fix character positioning in certain scenes, and added in missing cinematics that were previously just boring blank shots.

Other general changes include lots of crash fixes, character animation improvements, optimised sound settings, and tons of other minor issues. Check out the post linked above for the full list.

BG3 is currently in early access, and has been pretty buggy here and there. Former RPS VidBud Matthew Castle reckons that shouldn’t put you off, though it could be worth waiting until the game’s full release to truly get the best experience.

“The first act of Larian’s revival of the legendary RPG series has a lot to recommend it,” he said in his Baldur’s Gate 3 review. “Enough, in fact, that you may want to wait for the full thing to experience it in one go.”