It’s time to put on your scariest pirating gear, because the Sea Of Thieves Halloween update is here. This year’s Fate Of The Damned event will send you on voyages to discover what happened to some missing Bilge Rat crews. Eerie shadow skeletons will be standing in your way on these adventures, however – it is the spooky season, after all.

Loading into Sea Of Thieves between now and December 9th (huh, a surprisingly long Halloween event, that), you’ll find the many islands of Sea Of Thieves have been dressed for the occasion, with pumpkins and decorations to celebrate the spooks.

To try out the event’s new voyages, you’ll need to head to Larinna who can be found chilling outside the game’s many taverns. She’ll task you with hunting down lost crews by chatting with the game’s various NPCs, who’ll teach you all about freaky rituals used by the game’s pesky skellys.

Completing these voyages will earn you lotsa loot (mostly pricey skulls by the looks of things), as well as unlock Halloween-themed cosmetics so you can have a nice costume party on the seas. 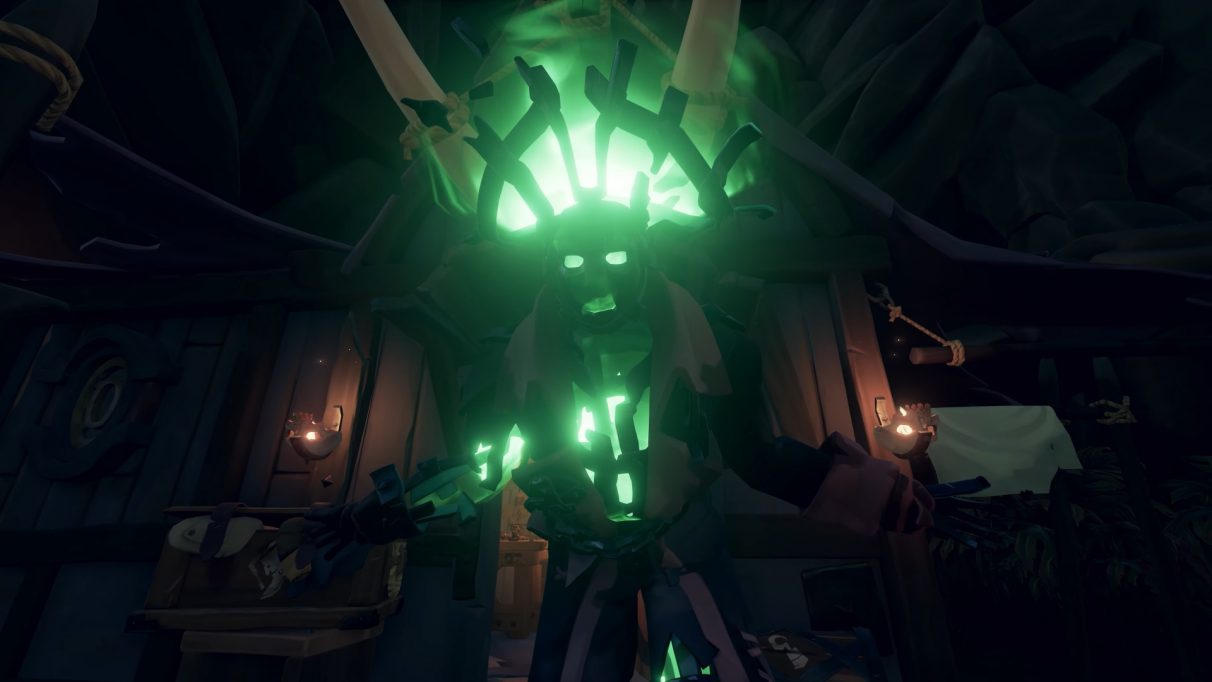 Pirate Legends will be able to unlock this absolute belter of an outfit. I think it’s high time I actually try to reach that legendary status.

More challenges and events are on offer to unlock even more cosmetics, too. Over Halloween weekend (Saturday 31st October and Sunday 1st November) the game is holding a Ghoul & Glory event, which will earn you double gold and reputation throughout. Head to the events hub to check it out, and see other ongoing events you can participate in, too. You can also track your progress in these events in-game now as well.

Then, in the premium store, the Pirate Emporium, you can buy skeleton pets (catch ’em in the trailer above). These do cost real-world money, but I have to admit the skeletal cats and dogs look pretty darn cool.

Rare have implemented a few cool improvements this update, too, such as the new Mysterious Note system. When you appear at the start of a session now, notes will be hanging around near you which can direct you to one of the various events or activities across the Sea Of Thieves.

They’ve also added a load of general bug fixes and changes which you can check out right here in the patch notes.

Sea Of Thieves is very good. So good, in fact, we think it’s one of the best pirate games on PC.

Disclosure: My boyfriend works on Sea Of Thieves. I expect I will be playing this very update with him this evening.