Let’s face it, we’ve all been in situations where we’ve done something at work that’s resulted in a conversation we know is going to be awkward and embarrassing, but we’ve still had to do it anyway. On this basis, I sympathise with CD Projekt Red’s joint CEO Adam Kiciński and board member Michał Nowakowski, who had a Q&A call with investors yesterday to discuss the news that Cyberpunk 2077, big action RPG and pre-anointed game of the year 2020, has been delayed. Again.

On the call, Kiciński explained that the game is ready to go on PC and next-gen consoles, but on the current-gen builds “some very final optimization processes for such a massive and complex game require a bit of additional time”. This is what’s led to the three-week delay from its previous release date of November 19th. But they probably definitely will be ready to launch on December 10th – or at least that’s what he says in response to an investor asking if the studio can really be comfortable saying it’s going to actually come out on the 10th: “That’s more or less what I’m saying, I guess – yes.” But the full transcript goes from excruciating to downright embarrassing.

Yes, you can read every single word that was uttered during that investor call, and the transcript makes it sound ha-hilariously awks to have been a part of, at least in the vaulted halls of my imagination. The very first investor says they have three questions. Really, it’s just three different ways to ask “how do we know you’re not talking shit this time, Adam?”, but specifically in regards to the new release date, the game being actually good, and CDPR’s ability to get the multiplayer done in any kind of reasonable time-frame. The transcript does not record if you could hear the sounds of Kiciński gnawing on his own fist.

Later in the transcript it gets really bad, with some incredibly poor comments about crunch, and some hilarious pretzeling over whether or not there is actually a “problem” with current-gen builds. But several of the investor questions boil down to “but m8, is it definitely coming out in December? Because you’ve said this before?”

You can see where the investors are coming from, too. The saga of Cyberpunk 2077’s release date has gone thusly:

Given this, I’m not sure “I guess – yes” is going to be that reassuring to everyone.

Regarding crunch, which has deservedly been a bit of a PR nightmare for them of late, Kiciński says that “actually, it’s not that bad – and never was”, which is a hell of a pull quote. Although he acknowledges that some people are “crunching heavily”, he says most of the team aren’t at all because they’ve finished their portion of development (were they crunching before? Who knows!). At this stage “it’s mostly about Q&A and engineers, programmers”, (which still sounds like a lot of people, if you ask me), and in any case the crunch is “not that heavy.” Those who are crunching will, y’know, have that crunch extended for the duration of the three week delay, but according to Kiciński everyone is happy with the delay! So no worries! Pay no attention to the crunch behind the curtain!

This tone apparently did not go down well with staff: Bloomberg News reporter Jason Schreier tweeted that has been passed an email sent to CDPR staff from Kiciński apologising for his comments on crunch. “I had not wanted to comment on crunch,” quotes Schreier, apparently from this email, “yet I still did, and I did it in a demeaning and harmful way… What I said was not even unfortunate, it was utterly bad.”

It’s quite difficult to reconcile a workforce who apparently aren’t even doing that much crunch and even so were all totally fine with it, to a workforce being sent apologies for a CEO making those claims about them. If I worked in Q&A, say, I would feel pretty overlooked. And worth remembering at this point is that in response to the reports of mandatory crunch, studio head Adam Badowski said that, as with recent years, “10% of the annual profit our company generates in 2020 will be split directly among the team”. Which will now include just three weeks of Cyberpunk 2077 sales. Uhuh.

It’s remarkable how quickly calls like this strip away any kind of friendly, approachable face to a company.

It’s possible that CDPR have been a bit hoist on their own pet toad, here. As a brand, the company seems to cultivate a kind of “aw gee, shucks, I guess we just really love video games” vibe, which I’ve always found a bit annoying. It’s not as if every other business on the playing field is a money-grubbing group of cynical charlatans, but CDPR are the one friendly, approachable girl next door who’s just one of the guys and would give you all her games for free if only she could.

Part of their reputation also involves transparency – they communicate stuff to their large and vociferous fanbase promptly and openly (or at least appear to, I dunno what internal memos go around). But for a long time the line on Cyberpunk was “it’ll be ready when it’s ready”, like your mum making dinner. Possibly, in this case, less transparency would have managed expectations a bit better, by dint of not creating any.

It’s remarkable how quickly calls like this strip away any kind of friendly, approachable face to a company. You can read CDPR’s representatives expressing, for example, no concern about needing to offer aggressive discounts and lower the average price point of the game, because “we have a premium title that’s coveted by the players and we don’t need to offer any extra incentives – I think everybody who is going to be working on selling this game, in retail and on digital platforms, is going to be happy with what the game can make once it starts selling.” So basically, I think everyone should read these sorts of transcripts all the time. And stop pre-ordering things. 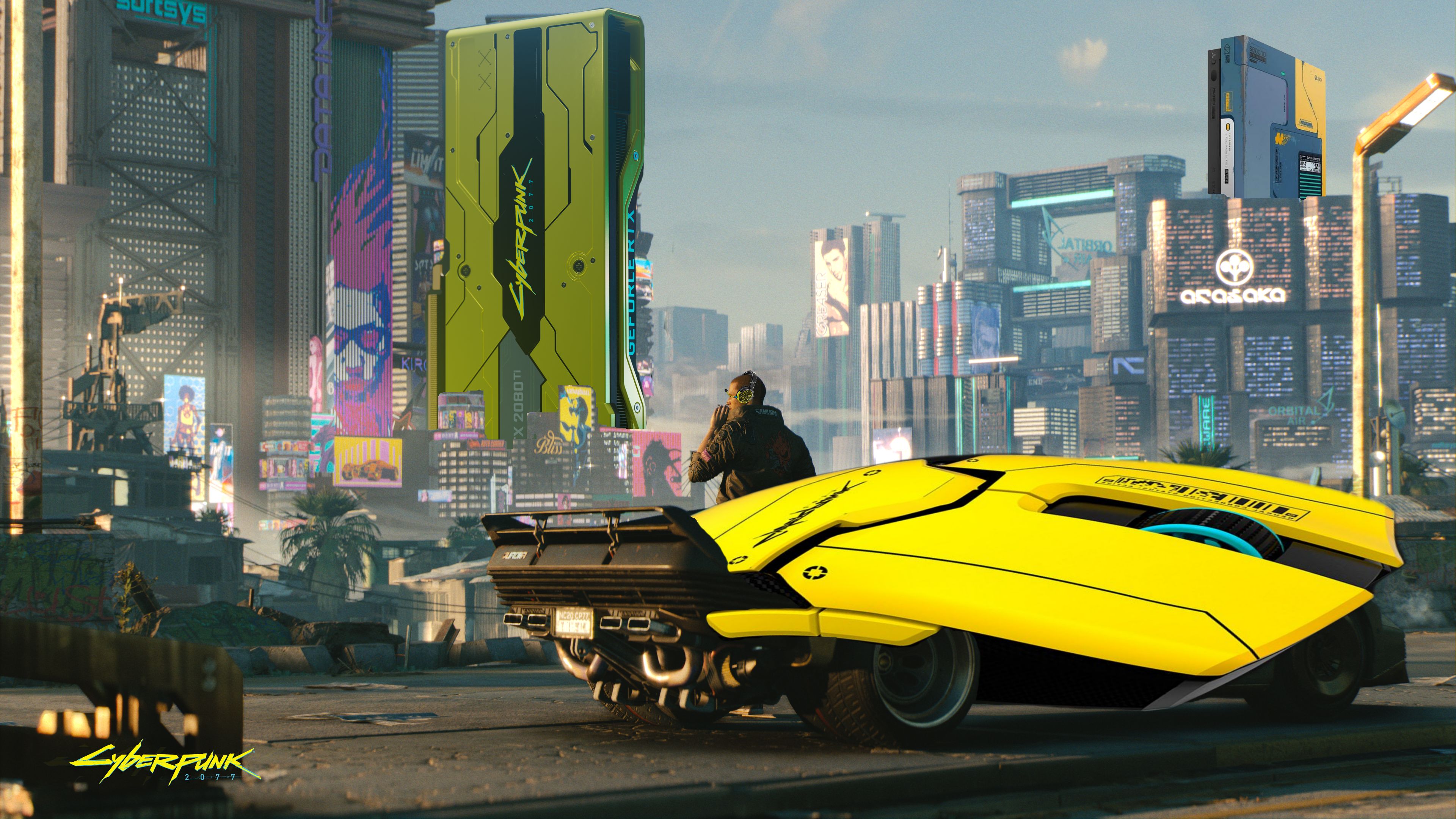 Don’t forget to also buy all your Cyberpunk merch to boost these guys’ Q4 revenues.

There are some other extremely choice bits of the call. One investor asks for details on what the problems with the current-gen console versions of the game are and Nowakowski does a great job of not tying himself in a knot. “I wouldn’t say there is a ‘problem’ because there’s nothing wrong with Xbox or PS4 versions”, he says, but they do need optimisation – and he goes on to say that they have “issues” and it is the “underlying reason behind the conversation we’re having tonight.” If I was writing it up I would have included fun asides like [sweating nervously] for colour.

But to recap the call in brief, CDPR are saying “I guess” Cyberpunk 2077 won’t be delayed again, most of their employees aren’t crunching but even if they are they don’t mind, and there isn’t a problem with the current-gen console builds – but there are issues, and the delay is to fix the issues (but not the problems) that those builds have. Which is definitely not suspect in the slightest, no sir.

In short, expect Cyberpunk 2077 when you least expect it. But almost certainly not next year at this point, because that would move profits into 2021, and nobody wants to fuck up the balance sheet that much.