Cyberpunk 2077 places player freedom above nearly everything else, and this freedom most certainly extends to romance opportunities for your protagonist, V. From long-term relationships to one-night stands, our Cyberpunk 2077 romance guide will walk you through how romance works in CD Projekt Red’s enormously ambitious RPG, and which characters can be romanced.

With romance in Cyberpunk 2077, CD Projekt Red have attempted to offer a more realistic portrayal of love, sex, and relationships than many other RPGs before it. NPCs have their own tastes and preferences just like the player, and only if you are compatible with each other can the spark of romance be lit.

These tastes include sexual preferences, which means the player’s choice of genitalia during Cyberpunk 2077 character creation governs which NPCs it is possible to romance, as confirmed by lead quest designer Pawel Sasko in an interview with IGN. But the tastes also include personality-based choices. For example, some romantic interests may not care too much about monogamy, while for others it will be a deal-breaker if you do not remain exclusive to them. 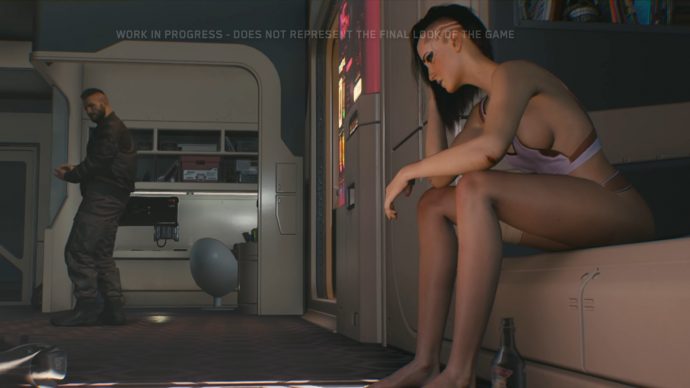 As for the nature of the relationship: much like real life, that is decided jointly by the individuals involved. Long-term relationships very much exist within Cyberpunk 2077, complete with their own quests and side-missions. But this will only be an option with a select few characters, and it may also be dependent on your choice of Lifepath. For more information on this, check out our in-depth Cyberpunk 2077 classes guide.

On the other end of the spectrum, if you desire you can engage in as many one-night stands as you like with various willing NPCs. Cyberpunk 2077, players have been promised, features motion-captured first-person sex scenes and, of course, copious nudity; so take that how you will. But bear in mind that the nudity can be disabled in-game if you’d prefer.

Who can you romance in Cyberpunk 2077?

It has not been confirmed whether you can romance any compatible NPC off the streets in Cyberpunk 2077, or whether the pool of potential romances has been hand-crafted by CD Projekt Red. But either way, according to Sasko’s comments in a DM conversation shared on Reddit, you can expect a great deal more choice than in any comparable game, including The Witcher 3.

Only a couple of romantic interests have been confirmed by CDPR in the leadup to the game’s release. One is Judy Alvarez, pictured below. 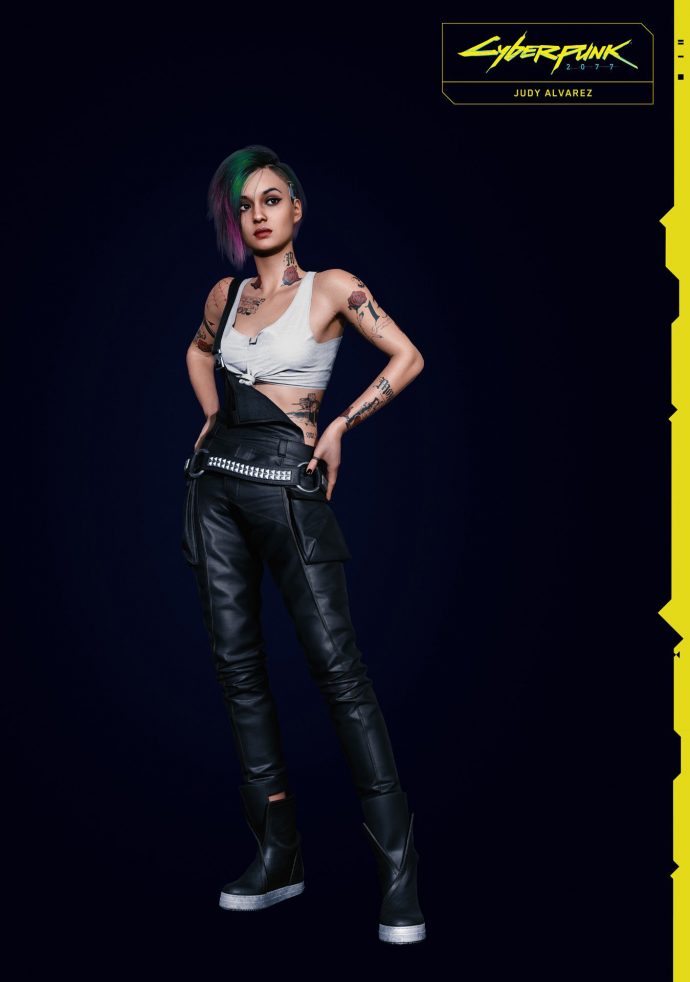 Judy Alvarez can only be romanced if you choose the Street Kid Lifepath.

Judy is a member of the Moxes gang at Lizzie’s Bar who teaches V the basics of the Braindance – the system and interface through which individuals can watch back old memories of theirs or others. Judy is only available to romance if you chose the Street Kid Lifepath. After comments in a YouTube video from Alanah Pearce about her hands-on time with the game, rumours are also circulating that Judy might only engage in a relationship with female V – but this has not been confirmed.

Another individual who it has been confirmed is romanceable is Meredith Stout, pictured below. 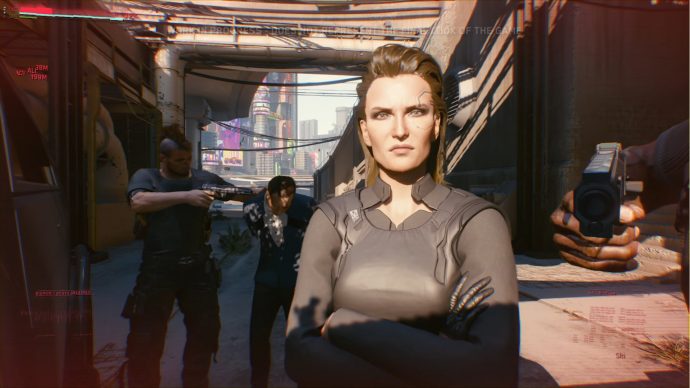 Meredith Stout can only be romanced if you choose the Corpo Lifepath.

Widely known as “double-crossing corpo bitch” by anyone who watched the Cyberpunk 2077 48-minute gameplay reveal back in 2018, Meredith is a Senior Operations Manager for Militech, a widely-known and powerful weapons manufacturing megacorporation in Night City. As you may have predicted, Meredith is only available to romance if you chose the Corpo Lifepath.