For so long has Sekiro: Shadows Die Twice‘s One-armed Wolf been running and jumping around in the same drab clothes, it’s about time he jazzed up his wardrobe. In the new free update that dropped yesterday, From Software have done exactly that, and added three new outfits. They’re not just giving them to you that easy, though. To unlock two of them, players will need to have a go of the game’s new Gauntlets: a boss rush-style game mode that’ll pit you against a series of Sekiro’s most punishing enemies.

Gauntlets Of Strength can be accessed from the game’s Sculptor’s Idols, and challenge you to fight a series of bosses with no breaks in-between. If you die (I mean properly die) you lose your progress and you’ll have to start again. One of the examples in the announcement is a Gauntlet called Severance, which starts with the Guardian Ape. So that’s me dead before the boss rush has even started, then. 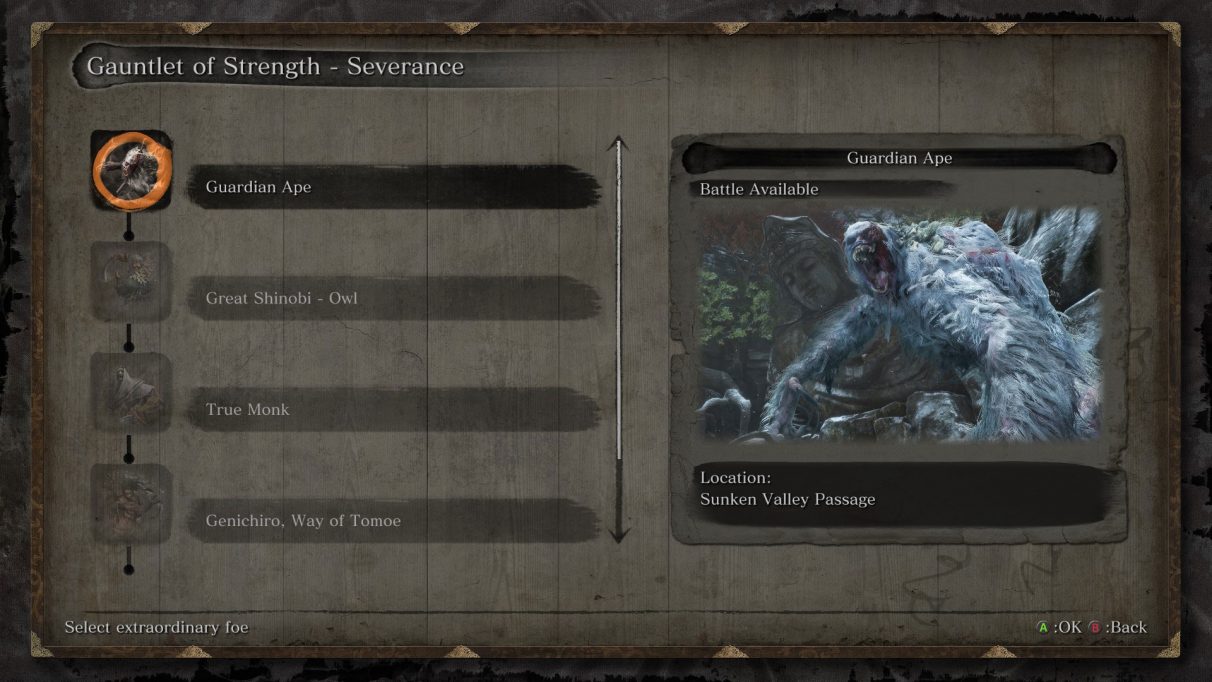 Haha, no thank you.

If you don’t fancy fighting a series of bosses, you can just go against the one in a Reflection Of Strength. You can do these at any time, but it’ll only let you fight bosses you’ve already beaten in your playthrough.

Completing Gauntlets can unlock you two of the three new outfits being added, while the third is earned simply from completing the game once. They’re called Tengu (pictured above), Ashina and Shura.

That’s not all, though. This update’s last cool addition is Remnants, a system to send 30-second recordings of yourself to other players’ worlds. You could use them to show off your cool shinobi moves, or perhaps help others see how to get to a hidden area. When you click on a Remnant, you’ll see a ghost shinobi running around in your world.

They sound a lot like notes in Dark Souls or Bloodborne, and similarly to those games, if a player likes your Remnant and rates it, you’ll gain full health. Now that’s what I call some jolly cooperation.

We think Sekiro is one of the best action games on PC, and, unsurprisingly, one the best games like Dark Souls, too.