After so splendidly reviving the real-time tactical squad series, Desperados 3 is now just showing off with its own new take on an old location. The third and final DLC of its season pass is out today, Part 3: Once More With Feeling, and it’s returning to the Eagle’s Nest – a vast bandit fortress from previous games. The base game and its DLCs have hearty discounts for a few days, too. Get a peek at the task ahead in the new trailer below.

So just dodge patrols, breach layers of fortifications, take out guards, and sure, why not go wild with a cannon and minigun while you’re at it. Simple enough.

“Brave the walls of a mighty fortress with cunning and guile, carry out Hector’s plan in all its crazy glory and find out if Rosie will keep her word, or if she still has an ace up her sleeve,” the blurb teases. 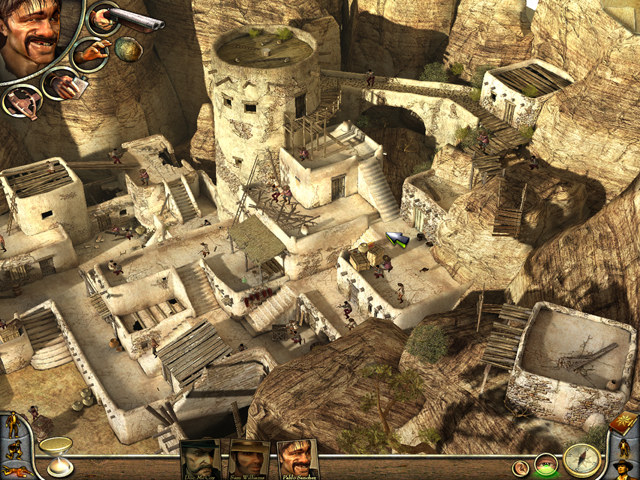 Coming from the makers of Shadow Tactics, our Desperados 3 review declared this “the sequel Desperados deserved”. I’m keen to see what developers Mimimi Games do next.

Once More With Feeling is available now on Steam and GOG as part of the season pass or sold as a separate piece of DLC. Steam just started a Desperados sale, with 40% discounts making the base game £27/€30/$30 and the season pass £7/€8/$8. The first two Desperado games plus Helldorado are down under £2 too. These prices will be available until Friday the 6th. Sorry, no discounts on GOG right now.

The Steam Autumn Sale is on, as are Steam Awards nominations

Desperados 3 is now on Mac and Linux, and its first DLC is out

Desperados 3 has added four new challenges to vex you