Watch Dogs Legion is one of this year’s big ray tracing games, utilising ray traced reflections to bring the wet, rainy streets of London to life. It’s also one of the growing number of games to support Nvidia’s performance-boosting DLSS tech – and based on my initial testing of the game’s ray tracing effects on PC, you’re definitely going to need it if you want to admire the UK’s dystopian capital in all its reflective glory, even if you managed to bag yourself one of Nvidia’s newly-released RTX 3070 cards.

That’s right. Watch Dogs Legion’s ray tracing effects take quite the toll on your overall frame rate compared to other ray tracing games, regardless of whether you’re playing at 1920×1080 or above. Whereas other ray tracing games such as Shadow Of The Tomb Raider and Metro Exodus are just about playable on higher-end RTX cards without the aid of DLSS at lower resolutions these days – especially if you’ve got an RTX 3070 or RTX 3080 inside your PC – Watch Dogs Legion is a lot more taxing, making DLSS pretty much mandatory for all ray tracing graphics card owners.

That’s no bad thing, of course. As we discovered in Death Stranding, DLSS was able to turn any RTX card into a 4K 60fps machine when it was switched on in Kojima Productions’ apocalyptic postie sim, and its latest DLSS 2.0 iteration was so similar to native 4K that you might as well turn it on anyway. Death Stranding didn’t have any ray tracing effects to contend with, of course, but DLSS is still a great bit of technology in its own right, especially when it brings those higher resolutions within greater reach of lower-end RTX cards.

Watch Dogs Legion also supports DLSS 2.0 and comes with separate Performance and Quality modes just like Death Stranding, as well as a Balanced mode that presumably falls somewhere between the two. It can’t quite hit the same performance highs as Death Stranding, as even the RTX 3070 struggled to hit 60fps with it turned on at 4K Ultra settings, but for the most part I found it was instrumental in maintaining a smooth 60fps at 1080p, 1440p and High 4K settings.

Why is Watch Dogs Legion’s ray tracing so demanding? It’s all to do with the resolution, quality and range of those ray traced reflections. As our friends at Digital Foundry have explained, Ultra ray tracing has the highest resolution reflections and the greatest reflection range, showing more of the world around you in objects like windows and glass compared to High or Medium. 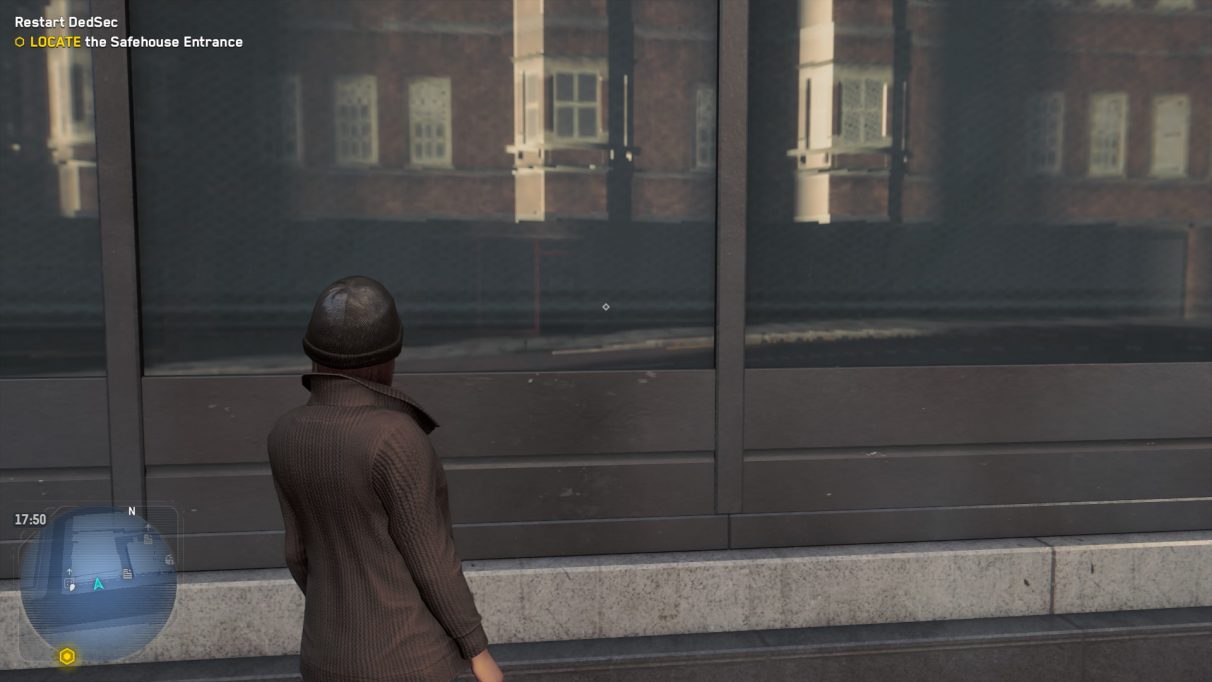 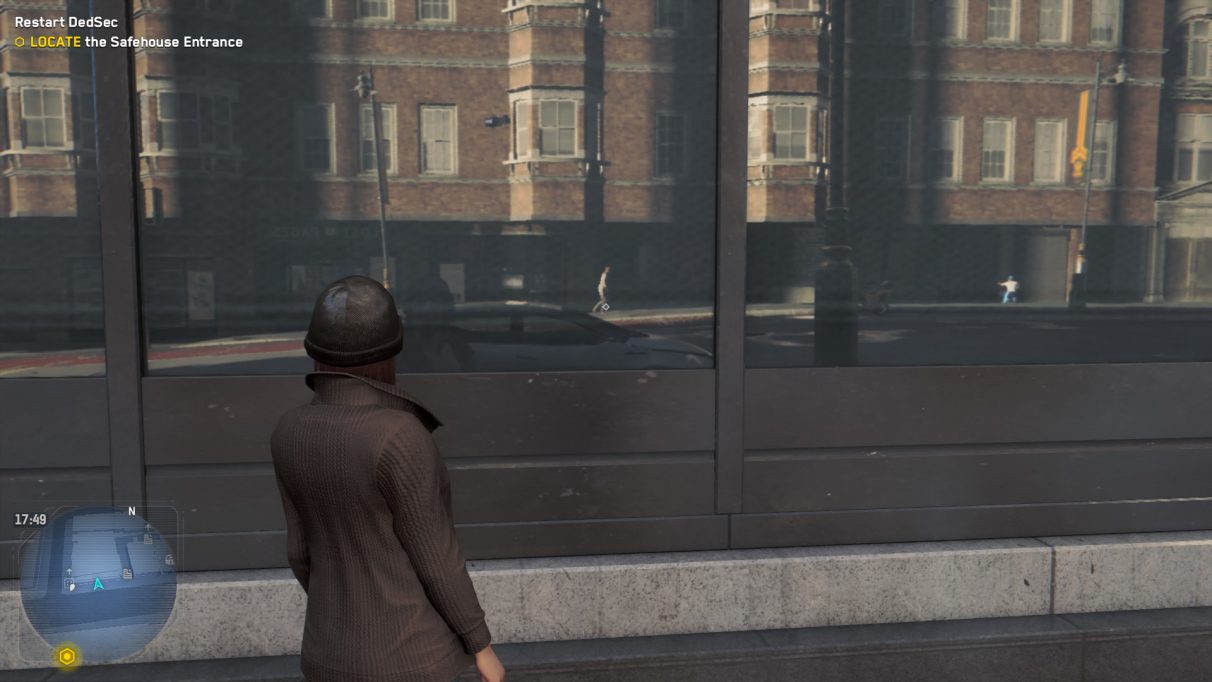 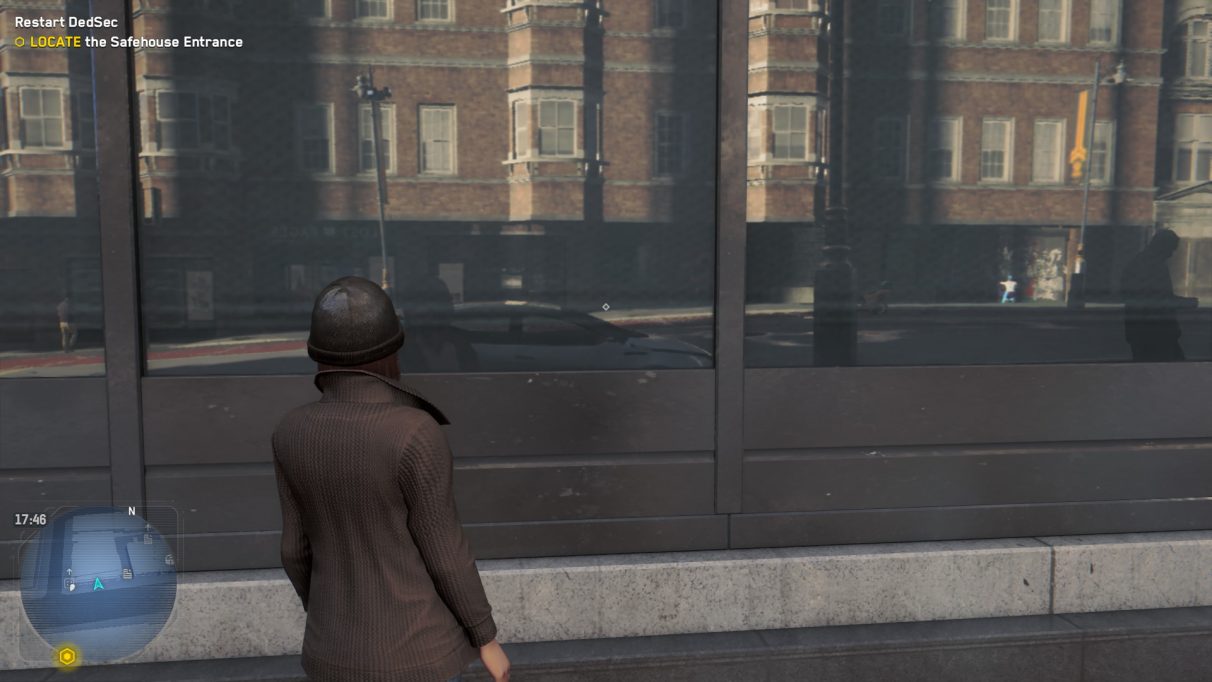 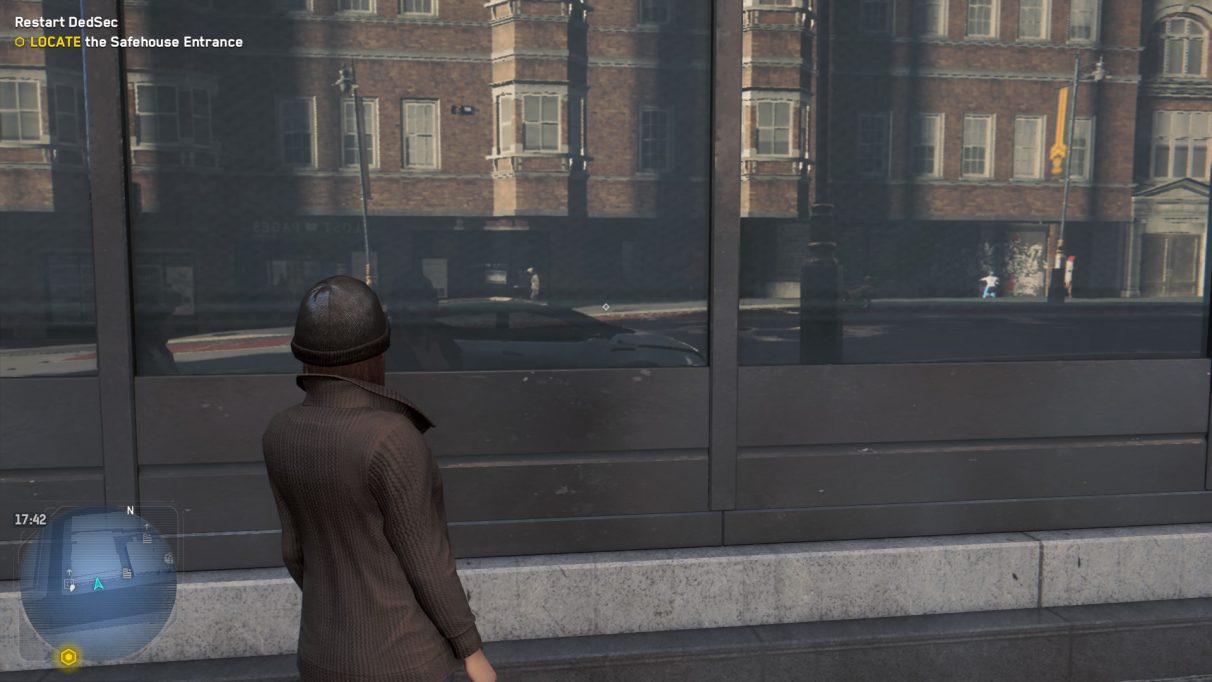 
You can see in the images above what each setting looks like compared to having no ray tracing at all, and while the latter is still pretty impressive in its own right (jagged edges aside), you can see an instant jump in fidelity just by turning on Medium ray tracing. The resolution of said reflections is still quite low, however, and when you bump ray tracing up to Ultra the level of detail becomes noticeably sharper and more defined. 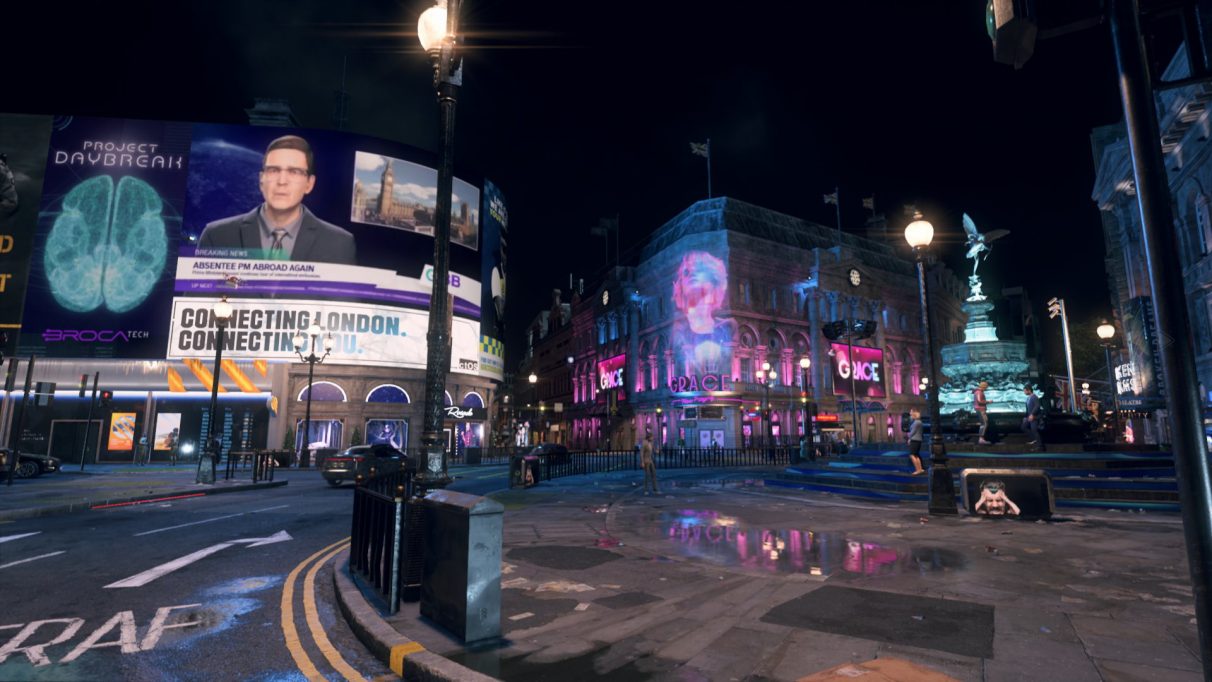 Of course, you might say that an average of 55fps at 1080p is still perfectly playable without the aid of DLSS. However, when my results also saw lows of just 10fps in the busiest and most complicated section of the benchmark’s under siege Camden Market with Ultra ray tracing enabled, DLSS quickly became critical in preventing the game from stuttering to a grinding halt. When I ran the benchmark again with DLSS Performance mode switched on, for example, the minimum frame rate only dipped to 41fps, averaging a much more pleasant 66fps overall. Still a little juddery in places, all told, but nowhere near as bad as a game-breaking 10fps.

In fairness, you could probably manage playing Watch Dogs Legion on Very High at 1920×1080 with an RTX 3070 without needing to turn on DLSS, as here I saw an average of 65fps with Ultra ray tracing switched on along with lows of 41fps again. But let’s not forget that the RTX 3070 effectively offers the same performance as the RTX 2080 Ti, Nvidia’s previous RTX flagship card. If you’re looking to play Watch Dogs Legion with an RTX 2060, for example, DLSS is going to be absolutely mandatory at 1080p, even on lower quality settings.

However, whereas early implementations of DLSS left a lot to be desired in terms of overall image quality (*cough*Final Fantasy XV*cough*), Watch Dogs Legion’s DLSS 2.0 implementation is actually pretty damn good. Like Death Stranding, I was hard pushed to tell the difference between its three different DLSS modes when I switched them on, and if you can spot any discrepancies between the images below, then your eyes are much keener than mine. 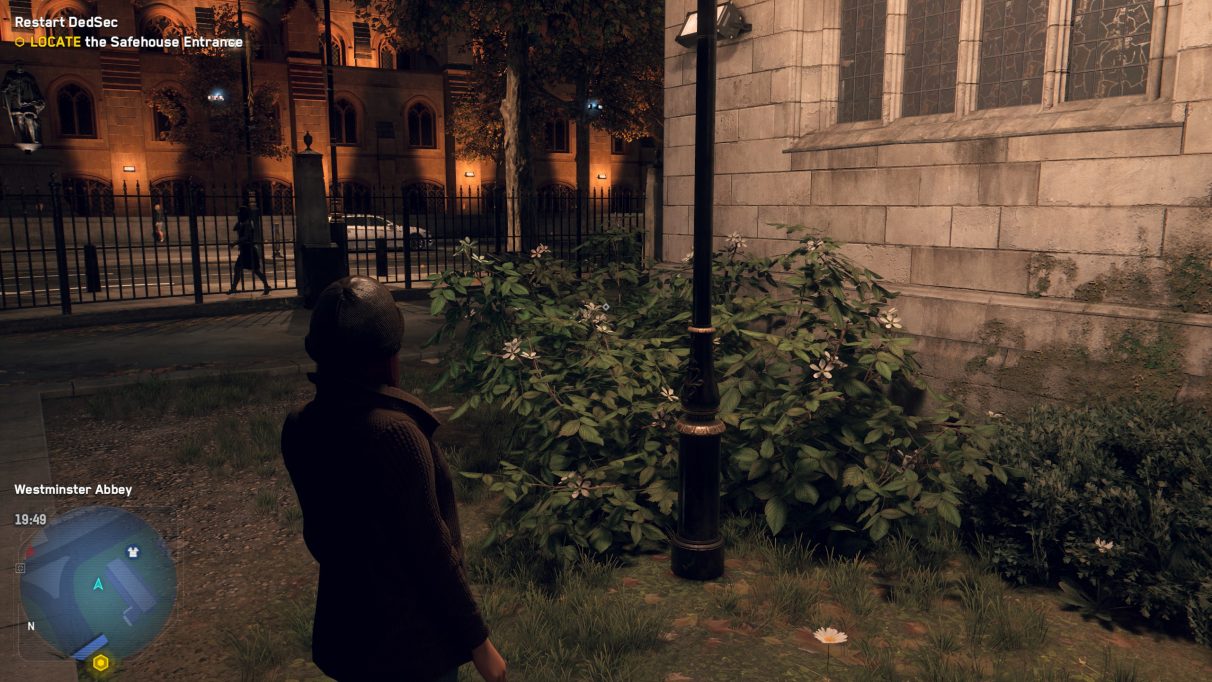 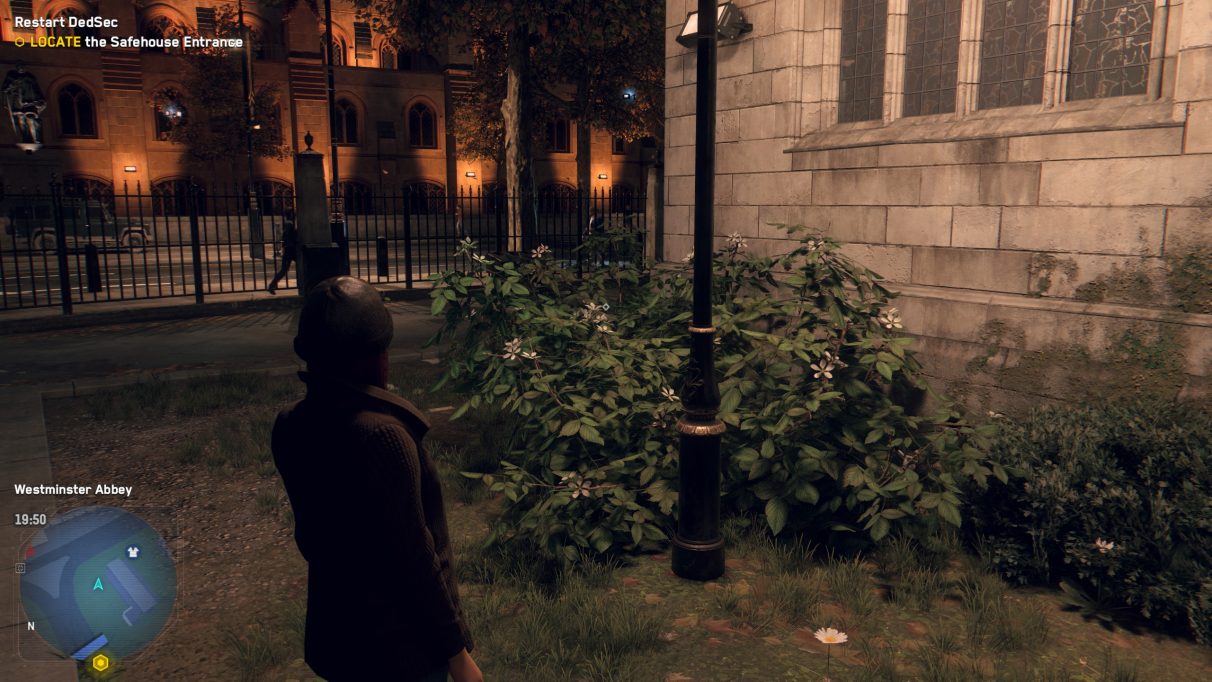 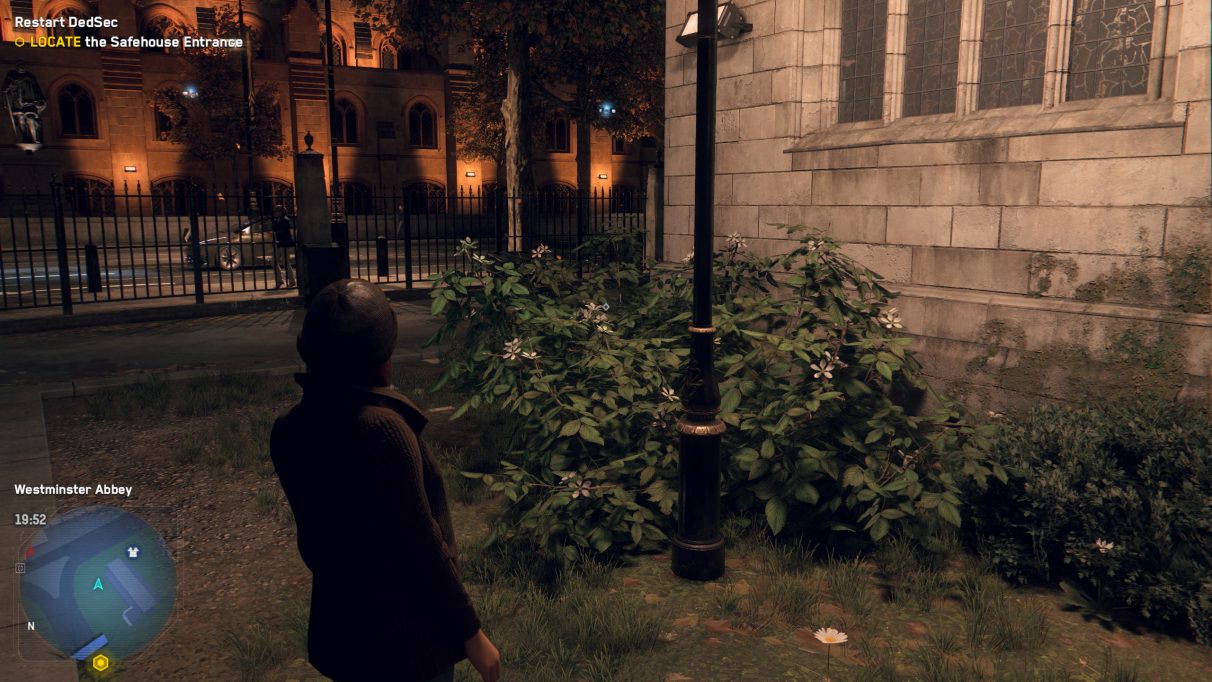 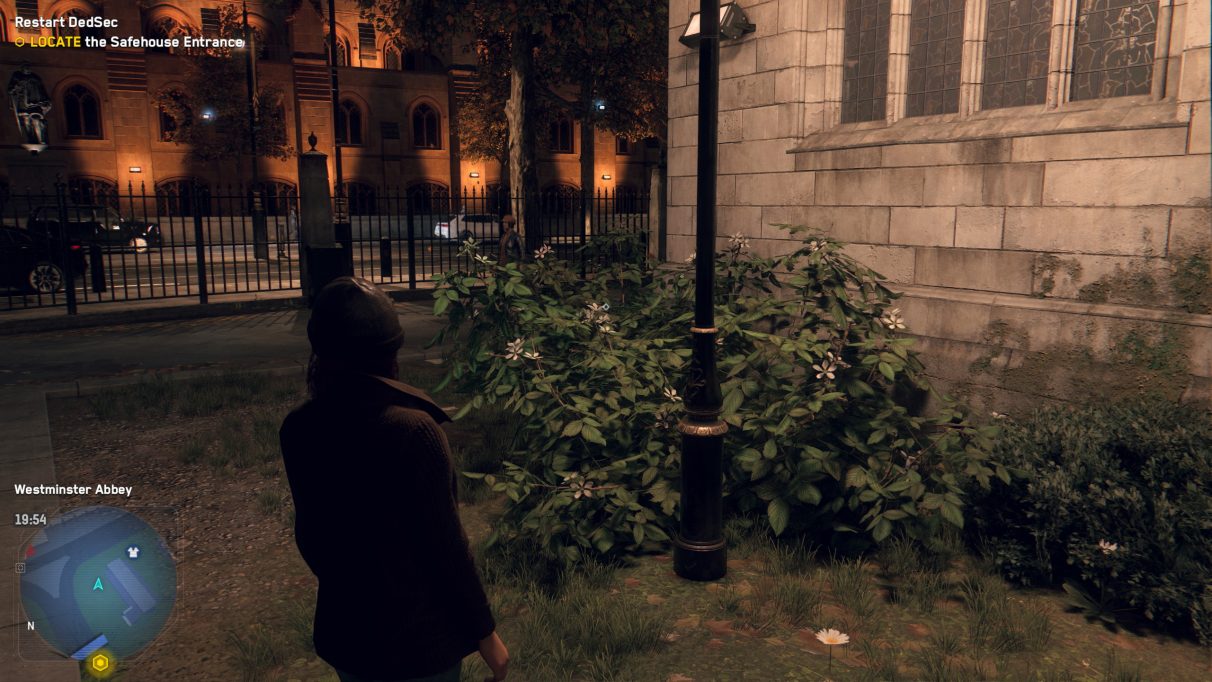 
At higher resolutions such as 2560×1440 and 4K, DLSS becomes even more important. At 1440p, for example, that previous average of just 37fps on Ultra with Ultra ray tracing enabled suddenly becomes a much more playable 64fps average with the DLSS Performance setting switched on, bumping up the minimum frame rate from a stuttering 23fps to a much less problematic 36fps. Indeed, even its result of an average of 71fps without ray tracing switched on still dipped to lows of 40fps in my benchmark results, showing just how hard the game’s DLSS tech is working to make up that performance shortfall.

This was even more prevalent at 4K, where switching on ray tracing and DLSS actually matched or produced higher average frame rates than it did with everything switched off. At 4K High, for example, I recorded an average frame rate of 63fps with the RTX 3070, but turning on Ultra ray tracing and its DLSS Performance mode only saw that figure drop by two frames to 61fps. With High ray tracing DLSS performance, it actually rose to an average of 64fps.

That might not sound like much, but take a closer look at the minimum and maximum frame rates for each result and the benefits of the game’s DLSS tech start to become a lot clearer. In all three cases, the maximum frame rate topped out at 90fps (base High), 87fps (RT Ultra) and 86fps (RT High) respectively, but the minimum frame rate rose from 27fps (base High) to 38fps (RT Ultra) to a positively whopping 45fps (RT High). That’s a huge increase at the lower end of the frame rate scale, resulting in a much more stable and enjoyable gaming experience overall. 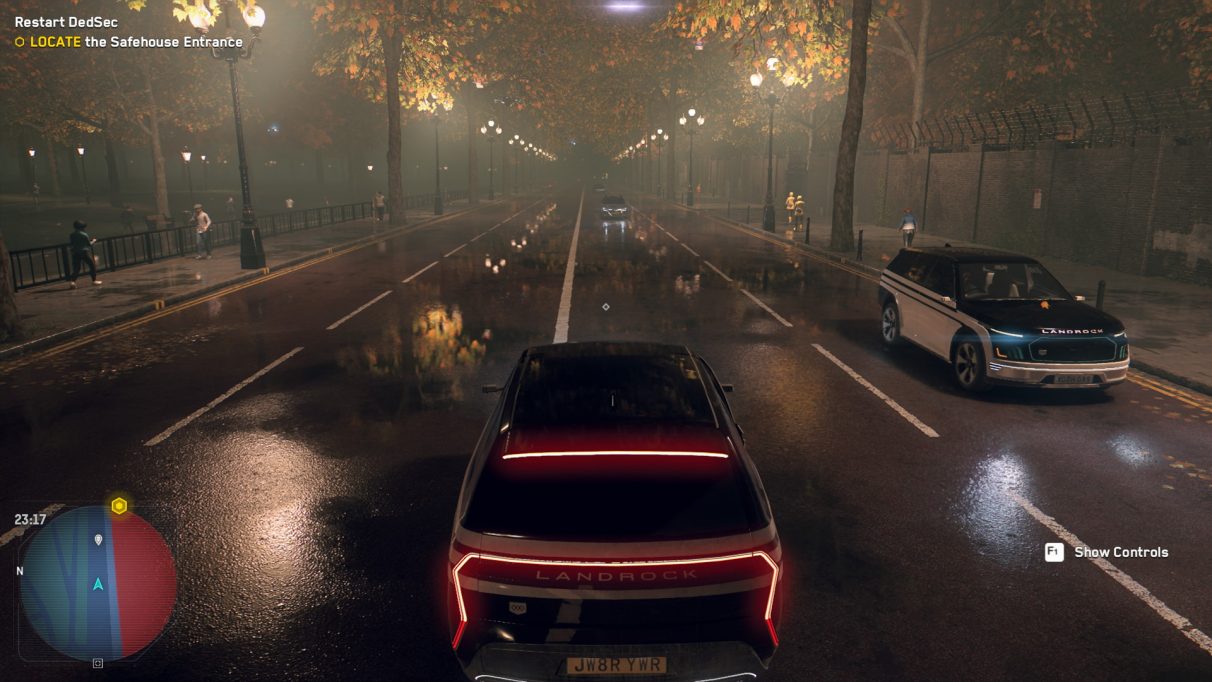 Seeing individual autumn leaves reflected in the streets at night is very atmospheric.

As I said earlier, though, Watch Dogs Legion’s DLSS 2.0 tech won’t suddenly turn your RTX 3070 into a flawless 60fps machine on max settings at 4K like it does in Death Stranding – and that’s because of Watch Dogs Legion’s considerably higher VRAM (or graphics memory) requirements. 4K Ultra settings in Legion, for example, requires 8.2GB of VRAM, which exceeds the 8GB of memory you’ll find on the RTX 3070. What’s more, bumping up the ray tracing to Ultra brings that figure closer to 9GB.

You’re still able to run the game if your chosen settings exceed your graphics card’s VRAM requirements (unlike Doom Eternal, say, which flat-out refuses to let you select higher quality settings if you don’t have enough VRAM), but as you’d expect, performance is severely impacted. Indeed, the RTX 3070 averaged just 41fps on 4K Ultra settings sans ray tracing in the benchmark, which is quite the drop from its Very High result of 54fps. Sadly, there’s nothing any of its DLSS modes can do to try and save it. DLSS does reduce the game’s VRAM requirements by about 200MB at 4K, but that still wasn’t enough to bring the RTX 3070 back under budget at 4K. 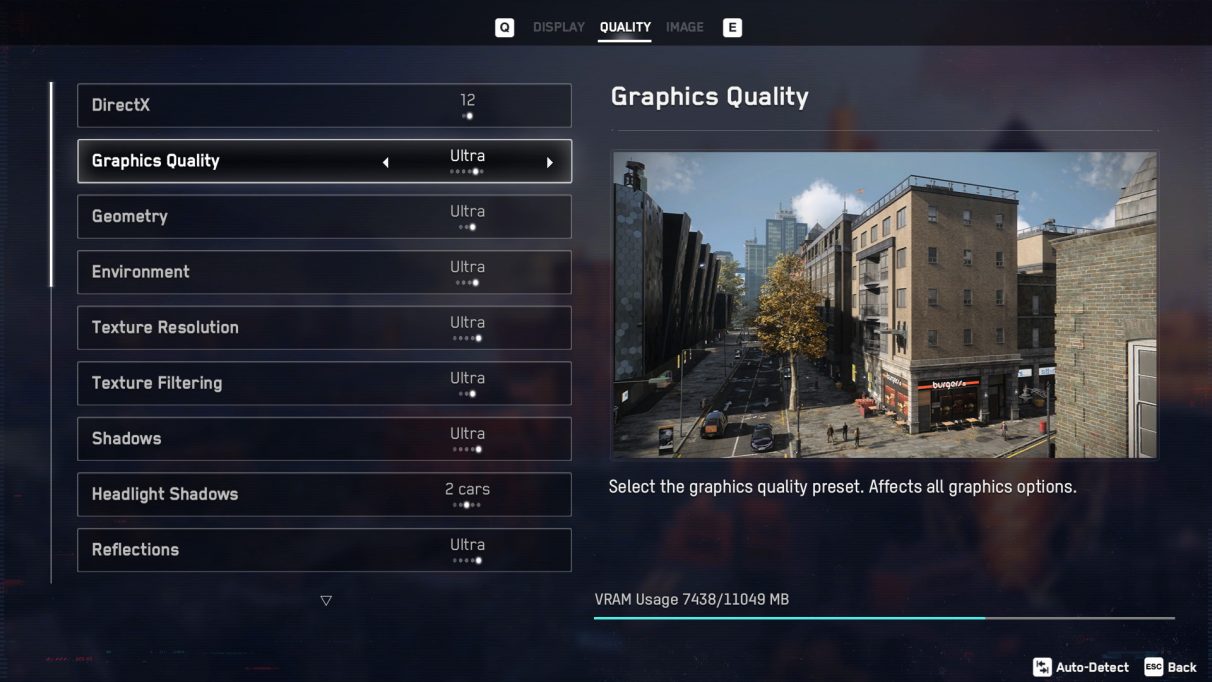 In truth, Ultra settings at 1440p also goes over the RTX 3070’s 8GB VRAM limit, and even Ultra settings at 1080p only just scrapes in with its 7.4GB VRAM requirement. As a result, RTX cards with only 6GB of VRAM such as the RTX 2060 will find it pretty difficult to run those higher quality settings at lower resolutions in the first place, let alone start contemplating throwing in ray tracing and DLSS into the mix. As a result, you may need to temper your expectations slightly going into Watch Dogs Legion, especially if you’ve only got an entry-level ray tracing card.

Still, with DLSS bring pretty much mandatory even for Nvidia’s new RTX 30-series, I’ll be interested to see what AMD’s upcoming Big Navi GPUs are able to make of it as well when they come out on November 18th. AMD have yet to announce a proper DLSS competitor technology for their RX 6800, RX 6800 XT and RX 6900 XT graphics cards, and I’d be very surprised if their default ray tracing tech could produce similar kinds of frame rates to Nvidia’s DLSS results without some clever upscaling magic going on in the background. With just over two weeks to go until their release, however, we shouldn’t have to wait long before we find out.

Tagged with feature, graphics cards, how much graphics does it have, Ray Tracing, Ubisoft, Watch Dogs Legion.