It’s been seven years since the original Mass Effect trilogy ended, and even now modders are working on all kinds of additions and improvements to Commander Shepard’s adventures. During the N7 Day celebrations on Saturday, BioWare announced the official Mass Effect remasters, but the modding community also took it as a chance to show some of the unofficial upgrades they’ve been working on over the last year.

They made a video to showcase it all – and it even has a cameo from DudeShep himself, Mark Meer.

“With the trilogy remaster coming soon, it’s a real possibility that the modding community, as it is, is currently on the way out,” “Audemus”, who runs a Mass Effect modding Discord, told us over email. “I wanted to go out with a bang and make it really special.”

“While it’s likely that this remaster will be incompatible with our mods, and likely not even be moddable with the toolset we’ve spent the last 8 years building, I’m thrilled to see Mass Effect is back. Our mods will always be there if BioWare’s improvements to the trilogy can’t quite surpass ours.”

So, if it’s graphical improvements you’re after, look no further than A Lot Of Videos and A Lot Of Textures. These mods are for each of the three games, with the former recreating cutscenes at 4k and 60fps, and the latter improving (as you might have guessed) loads of textures. Both of these received new updates over the weekend, too.

For more character-related mods, the FemShep Appearance Consistency Project changes the default look Shepard in ME1 and ME2, so she always looks like the cool redhead we see in ME3.

Sticking with the FemShep theme, Miranda and Jack romance mods are up next. They allow Shepard to go through these characters’ entire romances, since the vanilla game locks them to GuyShep (which never made any sense because Jack talks about being with women in her past but THAT is a whole other conversation). 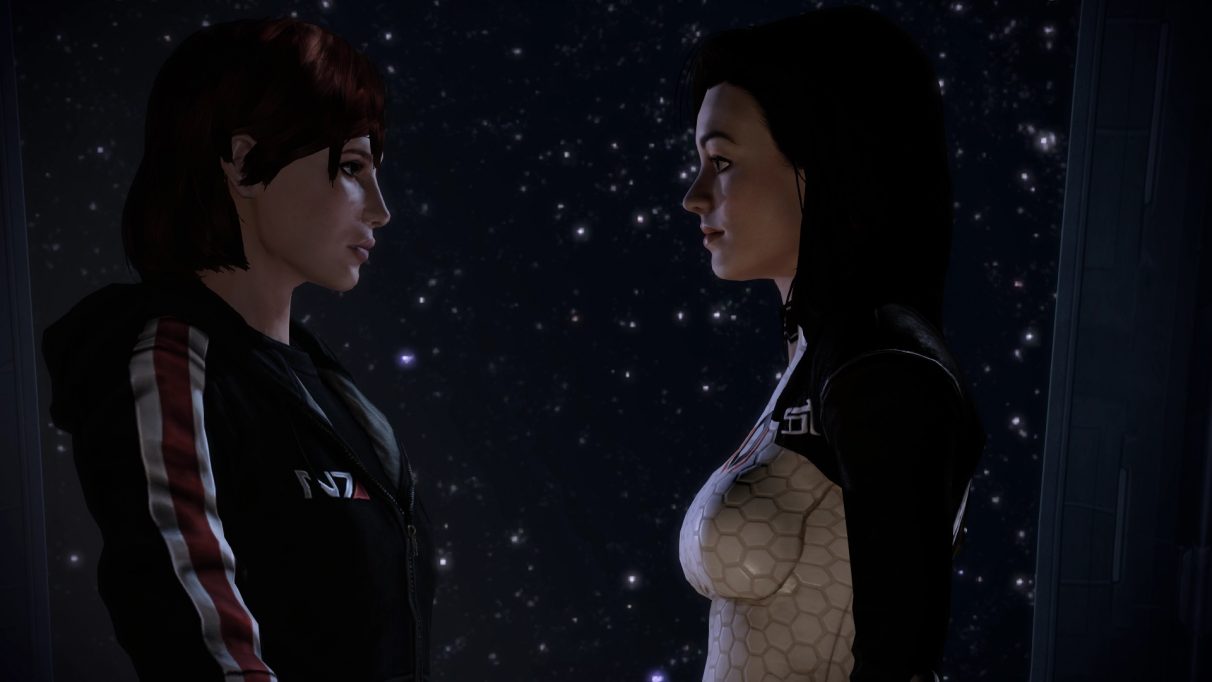 One of my personal favourite mods from the showcase is Project Variety. It’s makes a ton of changes to ME3, but the most notable for me is that it adds female turians into the background of the game (the only two that actually exist in the original trilogy are both part of DLCs, so it’s nice to actually see them out in the wild.)

Other honourable mentions include Advanced Enemy Factions, which allows enemies in ME2 to use more varied abilities; the Expanded Shepard Armoury, giving Shep some fresh outfits in which to stroll around the Normandy; and the Expanded Galaxy Mod, which gives squadmates cool new outfits, too, and adds new guns, armour, the ability to upgrade and customise the Normandy, and much more.

A bunch more mods are included in the showcase, and you can find the links to all of them in the video description.

Modders have put in so much great work to make some really brilliant changes to the Mass Effect trilogy. It makes me wonder if BioWare would go so far as to alter things like the romances – they did make changes to Jaal’s in Andromeda – but from what we know so far, it’s mostly visuals and performance the official remasters will be improving.

But won’t they please just fix Garrus’s armour? Someone? Anyone? Help him.

In case you missed it: BioWare are making a brand new Mass Effect.