Assassin’s Creed Valhalla’s Ledecestrescire arc culminates in an intense battle against an ailing king. Once the dust has settled, the king’s main ally will challenge you to a fight, determined to stay loyal until the end. Leofrith will back down once you’ve bested him, and you’ll be given a choice: kill or spare Leofrith? Let’s take a look at what you should do.

Assassin’s Creed Valhalla: should you spare or kill Leofrith?

Poor Leofrith. He’s dedicated himself to protecting his king at all costs, but is unaware of the shady dealings that have been going on in the background. After beating him in a one-on-one fight, you’ll get the chance to kill or spare him. You should spare Leofrith, as he will give you the location of a very valuable document. It’s essentially a contract set up by the Zealots, a bounty for killing you. If you spare Leofrith you will be able to intercept this bounty and burn it, preventing the Zealots from being able to hunt you. If you choose to kill Leofrith, the Zealots will learn your identity and will be more aggressive in hunting you down. It’s a slight change in the dynamics of the Order of Zealots encounters, but one that could prove troublesome if you make the wrong choice.

If you choose to spare Leofrith you will be given a new quest to take on. You’ll need to head to a statue in Venonis, where you’ll find a small bowl holding a note. You can burn this note, which essentially planned to out your identity to the Zealots. Burning it means they won’t hunt you, giving you the upper hand in the process. We’ve shown the note in the image below. 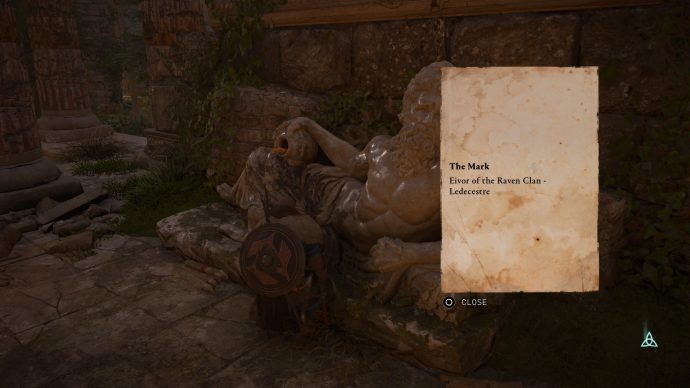 Now that you’ve chosen to spare Leofrith’s life, check out our guide to fishing in AC Valhalla or our top tips for making money is Valhalla.