This afternoon, I’ve been mucking about with Minecraft‘s new 20w45a snapshot, which introduces the first tranche of goodies from the upcoming Cliffs & Caves update. And since closing the game, I’ve been sat here for a long hour, trying to think of something original or enlightening to say about it. It’s not the game’s fault. Last week was a heavy week, and I’m cooked. Cooked and flattened, in fact, like one of those chickens you press between hot bricks and put on a barbecue.

I went through that stage where all your mental tension explodes into the world via a nightmarish extended metaphor about fighting a clown to the death. So forgive me, then, if I forsake anything clever, and just list the reasons why I really like the new copper blocks in Minecraft.

1. They make a lovely sound.

One of the most subtle, simple pleasures in Minecraft is the little sounds the various blocks make as you break them or place them. They do just as much in the way of understated suggestion as the blocks’ simplistic textures do; they’re like little tonal haikus. Copper’s sound is, ironically, tinny: a highish-pitched, hollow-sounding clenkh that somehow evokes the exact sensation of placing a cubic meter of a light, conductive metal onto a hard surface. I mean, I’ve never actually done that. But I’m certain the sound is accurate, nonetheless. 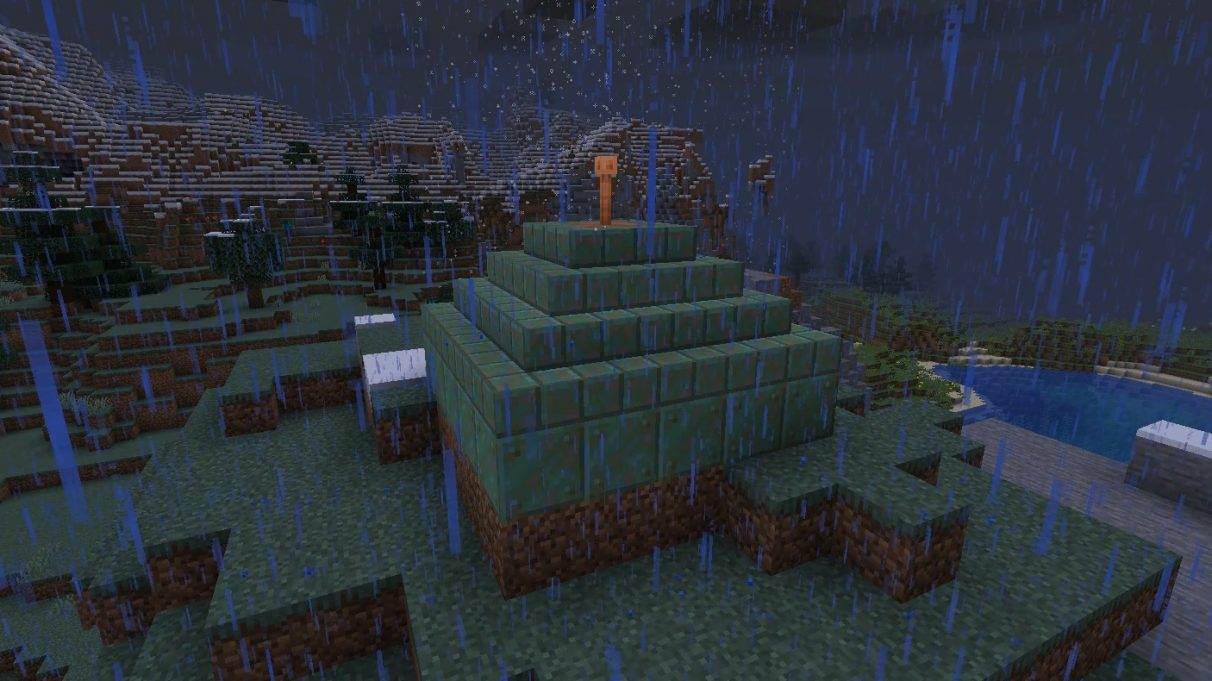 Behold my liege; it hath ayged!

Copper, as you will know from our friends old statues, goes a lovely, vibrant cloudy cyan colour as it oxidises. And so, to my delight, does copper in Minecraft! All the various forms of the block – stairs, slabs, blocks – creep through four different stages of oxidation after they are placed, starting all bright and burnished, and ending up like bread that someone’s forgotten about for a year. Only, you know, not grim. And if you don’t want it to change from its initial lustre? Easy! Bung some honeycomb into a crafting thingy with it, and cowabunga: waxed copper, that stays good forever. Bees save the day again. 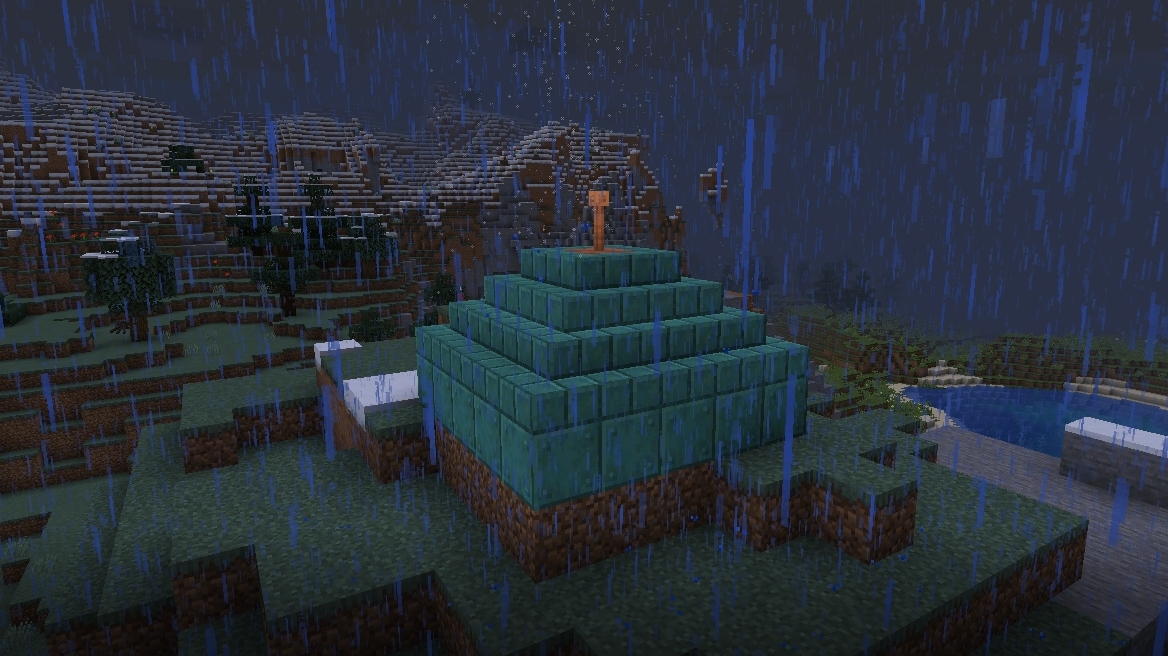 Alasse, sire, we are but mortale menne.

3. It’s a gentle way of bringing entropy into the world.

One of my very favourite things to do in Minecraft is archaeology. All servers started by groups of friends, as you’ll probably know if you’ve played on one, go fallow in the end. The initial excitement fades, people stop coming on at the same time, and once-bustling spawn areas become abandoned monuments to forgotten running gags. The final megaprojects undertaken by the last remaining players, in a last attempt to rekindle fading enthusiasm, billow from the horizon like half-forgotten dreams. Or like Thomas the Tank Engine’s arse.

Heading back into an abandoned server and touring these colossal ruins is sometimes funny, sometimes wistful, always fascinating. But there’s never a sense of anything truly having aged. Copper, however, will do exactly that. In a loaded chunk, a block will progress an oxidation state one every 50-82 in-game days, meaning total oxidation will take between 150 and 240. That’s a long while, and it’ll make for some interesting detective work in trying to work out when places were abandoned.

Crikey, now I’m excited to start a new server, just so it can get abandoned. Thinking ahead, folks.