You’ll travel to Asgard part way through Assassin’s Creed Valhalla, where you’ll meet Loki, Thor, Freja and more. Eventually, a giant wolf will come into play, and you’ll need to craft an enchanted chain to keep it under control. Problem is, this chain is made up of some pretty weird components, including Cat’s Footsteps and Mountain Root. You’re given some riddles to help you find them, which we’ve solved below.

To find the Cat’s Footsteps in Assassin’s Creed Valhalla you will need to read the note that is in your inventory. It tells you to look above the Great Norse Hall, and to follow a creature that sits there. Exit the forge and walk outside. 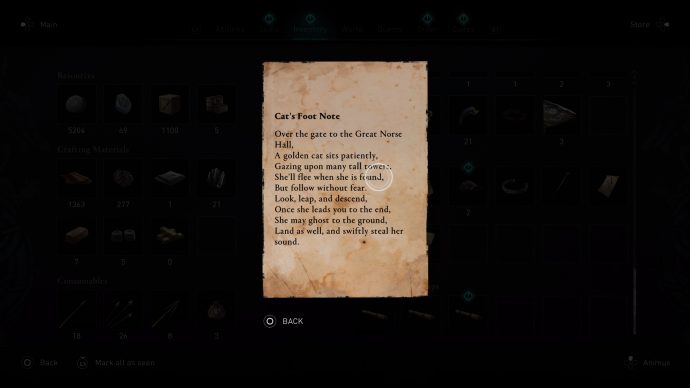 Now, use your raven to look for a search area, it should be behind the forge area, above the Great Norse Hall. We’ve shown this location in the image below. Head up to this area and follow the golden cat as it moves. It’s essentially the same as the tattoo designs you can chase elsewhere in the game. While you’re moving around Asgard be sure to look out for Ymir’s Tear Stones. 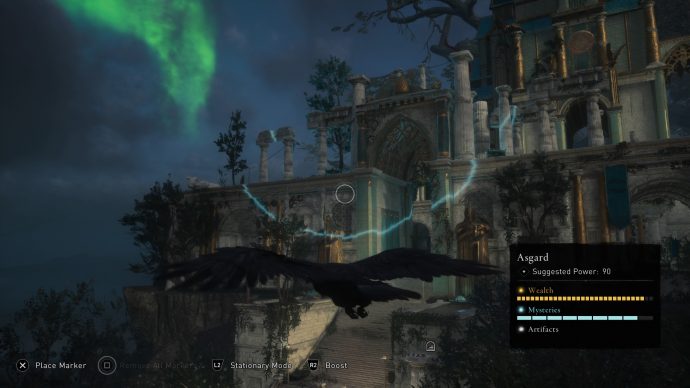 Next up is the Mountain Root. You are given the clue that it is located at Asgard’s highest point, which means the mountain to the south. You can see the exact location of the Mountain Root in the image below. 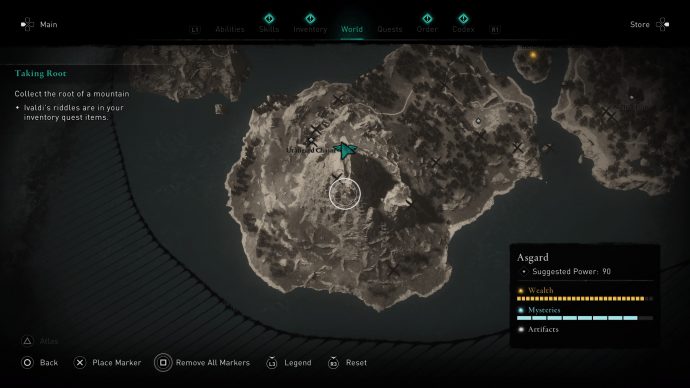 Once you’re on top of the mountain, look for a small outcrop. You can use Odin’s Sight to find the root more easily. Set the item on fire to free it from its casing. Now all that’s left is to get the root wet so that it sprouts. Throw it into the pond below you and collect the item that spawns. 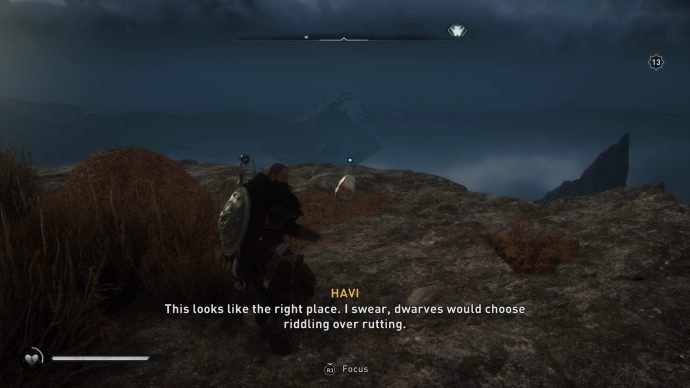 That’s how to find the Cat’s Footsteps and Mountain Root in Assassin’s Creed Valhalla. For more on the game be sure to check out our romance options in Valhalla.