Weird critter-hunting game, Bugsnax, made me uncomfortably hungry when I played it for the first time over the weekend. Watching the little Bungers (they’re kinda like burger beetles) waddle around charging at splodges of ketchup made me go “awww”, and then immediately order a McDonald’s delivery. Thankfully, I will no longer need to default to takeaways to serve these strange cravings, because video game food-maker, Victoria Rosenthal, has come up with a bunch of Bugsnax recipes.

Rosenthal is experienced in creating game dishes – she’s the chef behind the official Destiny and Fallout 4 cookbooks, and has a load of cool recipes from the likes of Hades, Yakuza and more all over her blog, Pixelated Provisions.

But what fun is your food, truly, if it isn’t staring back at you? The simplest recipe for the half-bug half-snack delights is the Strabby. It’s a strawberry with googly eyes. But, as Rosenthal says, “we don’t want to be slapping plastic eyes on our food”. So, she’s come up with a recipe that can make up to 400 googly eyes (made of teeny tiny meringues!). Get that one sorted and you’re prepared for every batch of sweet Bugsnax you make. 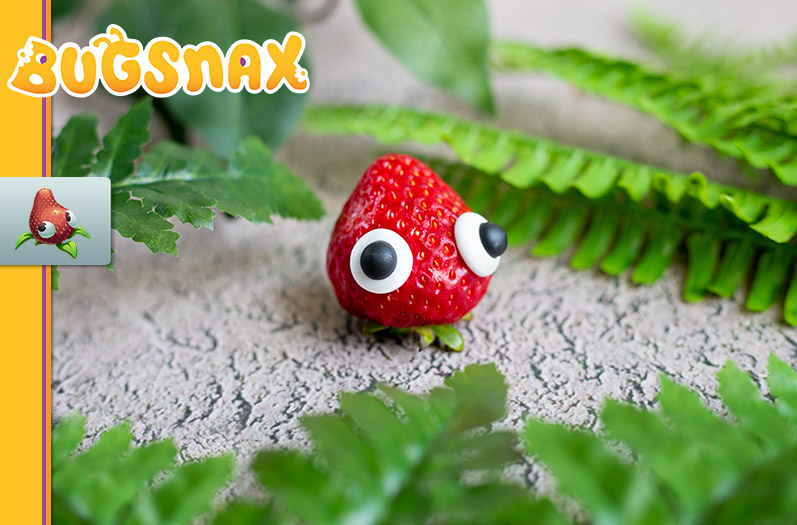 Speaking of which, how about a Cinnasnail? There is no actual snail in this, promise. Rather, it’s a cinnamon bun shaped like a slimy little friend (pictured above in the header). The bun part of this one is pretty self-explanatory, but the complicated bits are those eye stalks. Rosenthal explains in this recipe how to mold them out of melted white chocolate.

My personal favourite so far, though, is the Flapjackarak. This creature is like a crab with pancakes for a body and bacon rashers for legs (I’ve learned from this little fella that Americans and Canadians refer to pancakes as flapjacks, which is weird, stop that). The best part about the Flapjackarak recipe is that Rosenthal uses actual bugs in it. She took the words Bug and Snack, went “yeah, ok” and made pancakes with cricket flour. Cricket! Flour! Flour with actual crickets in it. I’m fascinated. 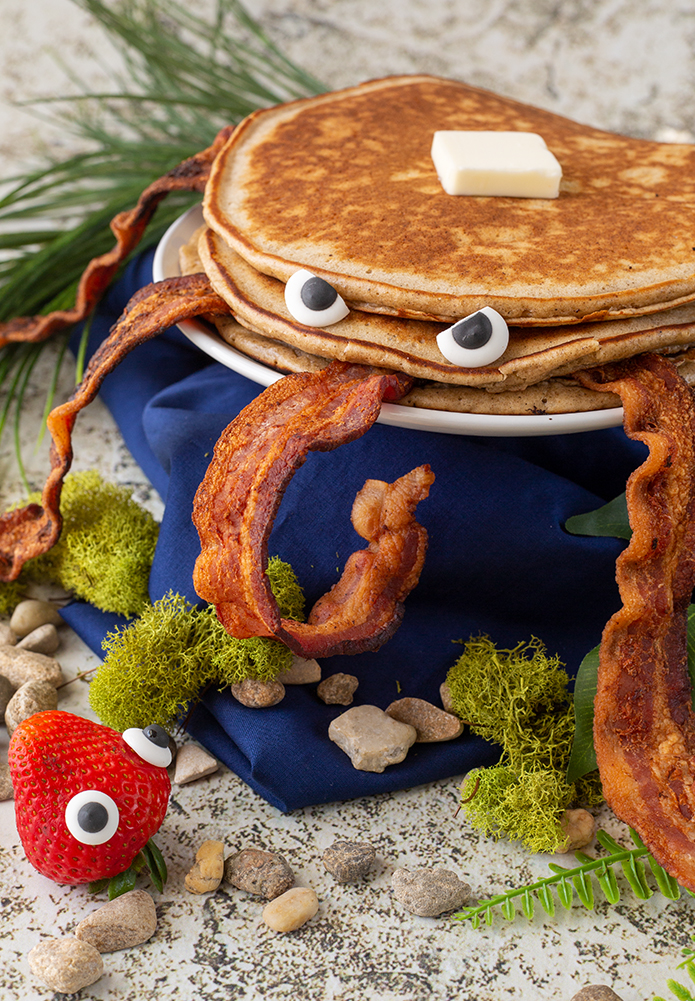 …Is it weird that it kinda makes me want to try it more?

I’ve personally found Bugnax (the actual video game) a lot of fun so far. It’s like Pokémon, but trippy. Steve Hogarty liked it in his Bugsnax review, too, but it doesn’t look like he’ll be replaying it any time soon. “Bugsnax is a delightful and intriguing world to inhabit, just one whose robotic wildlife won’t inspire you to jump back in and finish off your collection.”

All this talk of Bugsnax has stuck the theme song right back into my head, so I invite you all to wallow with me in this excellent catchy tune again.