This will likely come as a surprise to no one, but Ubisoft’s latest sneaky murder adventure, Asassin’s Creed Valhalla, doesn’t seem to be very historically accurate. It’s nothing huge or revelatory – I’m sure we all know Vikings didn’t truly have magical ravens they could see through the eyes of, after all. But if you’re interested in the history of England and Norway, I’d go careful taking too many lessons from Valhalla.

For a much better lesson, we should probably listen to the AskHistorians subreddit, who hosted a cool Q&A to offer their Viking knowledge to anyone with questions about the historical setting of Valhalla.

One question brings up all the Roman architecture you can find throughout England in the game, and asks if those structures would indeed be there during the time Valhalla is set. The answer comes in the form of a poem about the British city of Bath from historian “thefeckamidoing”.

This masonry is wondrous;
fates broke it
courtyard pavements were smashed;
the work of giants is decaying.

Roofs are fallen, ruinous towers,
the frosty gate with frost on cement is ravaged, chipped roofs are torn, fallen,
undermined by old age.
The grasp of the earth possesses
the mighty builders, perished and fallen.

Basically: no, everything would likely be ruins. Almost completely ruined buildings probably wouldn’t be as fun to run around in, though, so not the biggest offence.

Another interesting one is the game’s climate. It’s something I’ve noticed, too – the England Eivor explores has really varying weather depending on how far up or down the country you are. The plains of Wessex seem very temperate, for example, while Yorkshire has actual snow on its mountaintops – or hills, they’re not even mountains really. Living in that country right now I can tell you it’s not actually like that. But it’s easy to wonder, did Britain have a more contrasting climate hundreds of years ago? According to historian “sagathain”, no.

“Climate reconstructions (which it must be admitted, are a terribly inexact science) have suggested that the period from 700-1000 is the beginning of what is known as the Medieval Warm Period – a time of relative temperature stability in Europe, with generally pleasant, if humid, summers and mild winters,” they say. 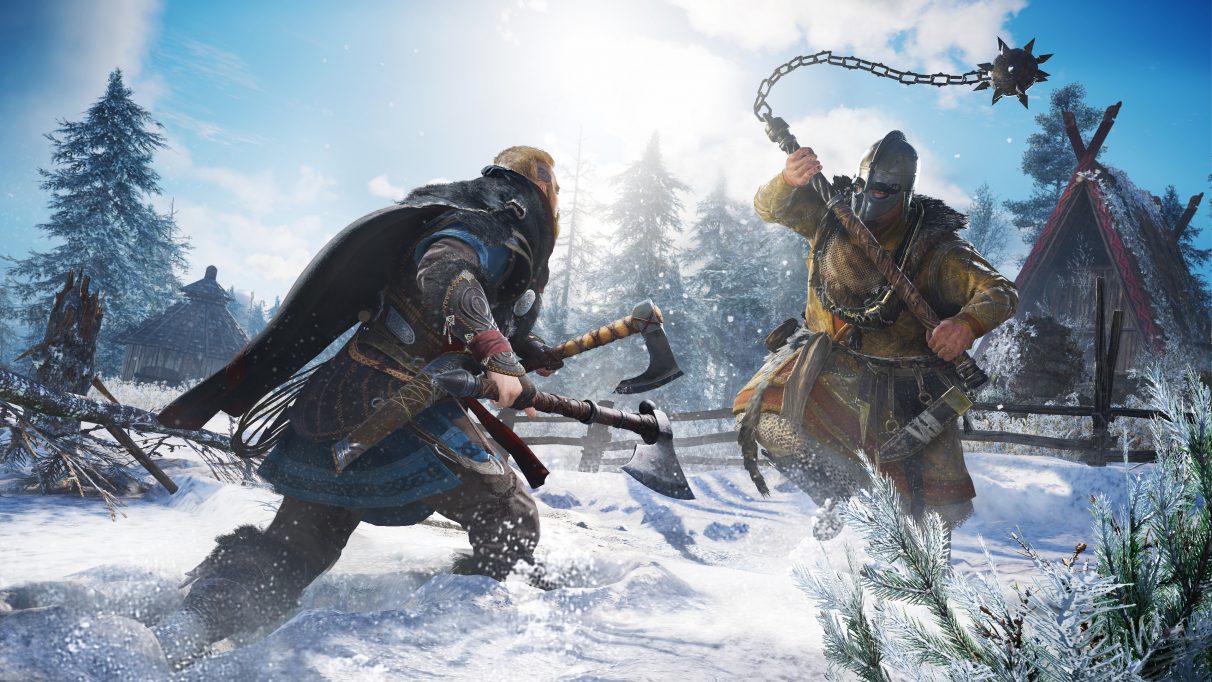 So England really wouldn’t have been so dramatically different. Norway in-game is even worse, apparently.

“Fresh crops are still being sold and gathered up in every available pot, and yet, there is snow on the ground like it’s the middle of January, begging the question of what arcane greenhouses they had in the 800s,” they add.

“The game completely fails to represent time or climate in a consistent or accurate way. Snow-capped mountains look dramatic, and a harsh climate in Norway makes the Norse seem more badass.”

Then, we have some fashion problems. As Reddit user “SomeFreeTime” points out, Valhalla has “sexy shaman ladies dressed only in cloth”. But is it historically accurate? You can probably already guess the answer.

“Having just watched the trailer, I can tell you that the priestess’s outfit is ridiculous!” Says “kelpie-cat”, a PhD student in Celtic and Scottish Studies. “This is NOTHING like what female pagan officiants wore in the Viking Age.”

“We actually have a description of what a Viking seeress wore in the Icelandic Saga Of Eirik the Red,” they add. “She certainly was not bearing her breasts and stomach, but rather gives the impression of an old woman who was dressed for warmth.”

Come on Ubi, make up your mind. If you want your ladies scantily clad then you can’t very well have perpetual snow in Norway, too.

There’s plenty more to learn from the Q&A – the sections about Viking longships and Norse paganism vs Christianity are particularly good reads. I do love when cool parts of history intersect with games, even if the devs do take some… creative liberties.

After all of this, I do wonder where Alice Bee’s favourite Viking cowboy YouTuber ended up in Valhalla. Is there some random cowboy patrolling the streets of ancient Tamworth? You tell me, reader.

If you’re after some help with the game, do check out our Assassin’s Creed Valhalla walkthrough. We even got a guide to tell you how to get the best Valhalla performace on PC.