In Call of Duty Cold War’s campaign, there’s a few extra bits and pieces to be done. Operation Red Circus has you working out which three out of the eight suspects are the lead Soviet agents. You need to collect extra evidence throughout the campaign levels to do this. Here’s all the evidence locations and the correct suspects to choose for Operation Red Circus.

You’ll be sneaking into Kraus’ apartment midway through this mission. When the phone rings, pick the lock and enter. I tranquillised his wife as she spoke on the phone and staged the body on the sofa. From there, I snuck up the stairs and hid in Kraus’ bedroom as he went downstairs. I found his ledger in his bedside drawer. Grab it, complete the mission, and get out of there.

Note that some players have reported finding the evidence on Kraus’ office desk or in the vent downstairs in the living room, so if it isn’t in his bedroom, check out these areas. Remember to do all this before finding the briefcase as the mission will move on there. 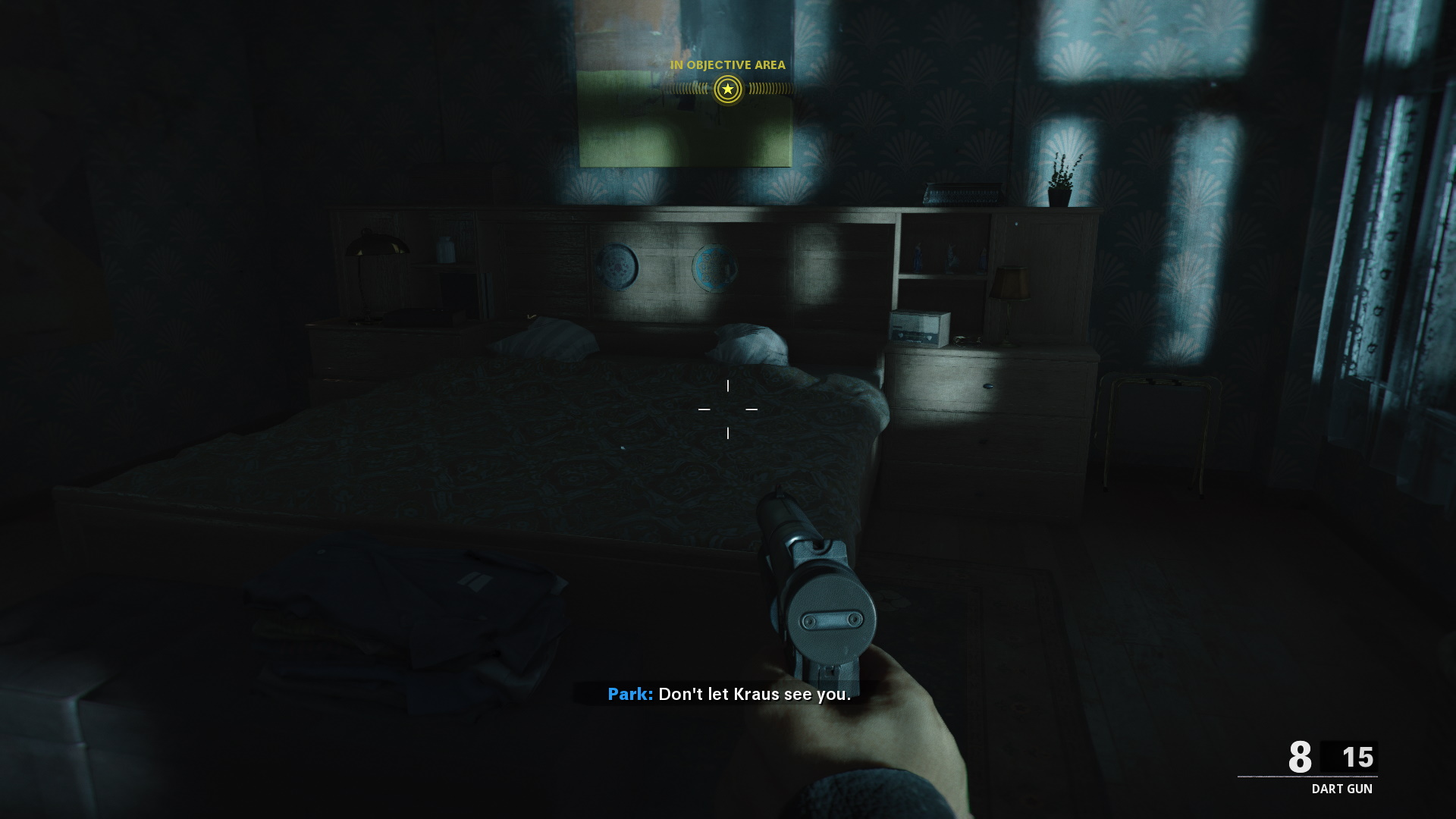 Echoes of a Cold War evidence

In your dangerous quest into the bowels of an abandoned bunker, keep your eyes peeled, I found a nice little bit of evidence plonked on a table immediately upon entering the bunker. Before going deeper in with your squad, check out the surfaces near the door/stairs, and you should find a nice new piece of evidence on the table next to the vodka bottle. 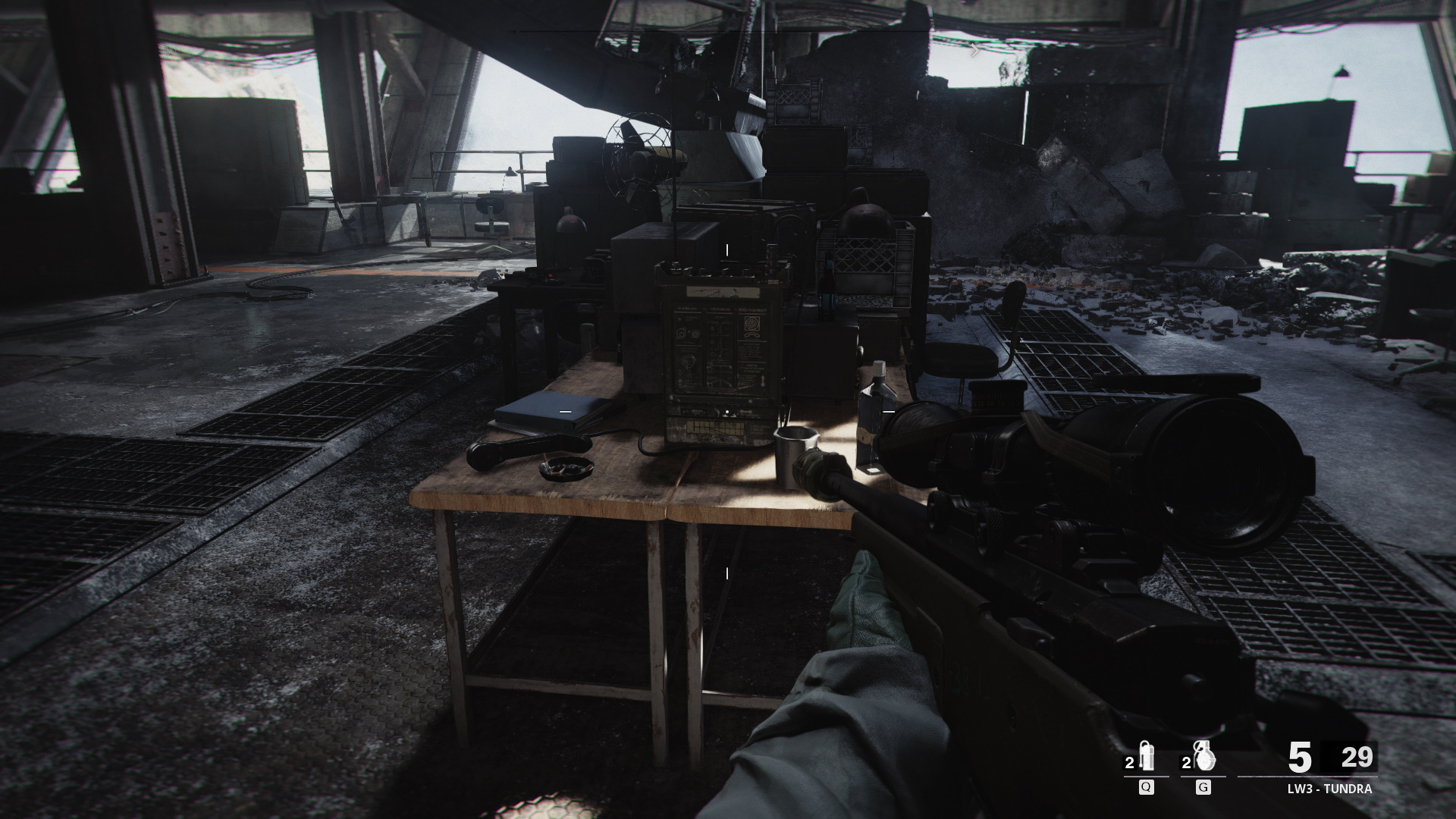 This is probably my favourite mission in all of Call of Duty Cold War. In it, you have to wander around the KGB headquarters and find a way into the bunker like some sort of Hitman level, as Brendan mentioned in his review.

This one is a little tougher to find, and whilst you aren’t under a lot of time pressure, there are a lot of ways to get caught as a treasonous traitor, so be very careful.

So far, players have spotted the wristwatch evidence in the Desperate Measures mission in the Records Room, the Server Room cubicles, and the War Room, but it is possible to be elsewhere too. You’ll be taken around a lot of these on your main mission anyway, so make sure when you’re exploring to check out each and every corner of these locations. Once you’ve found the wristwatch, finish the mission and you’re all set to figure out the suspects. 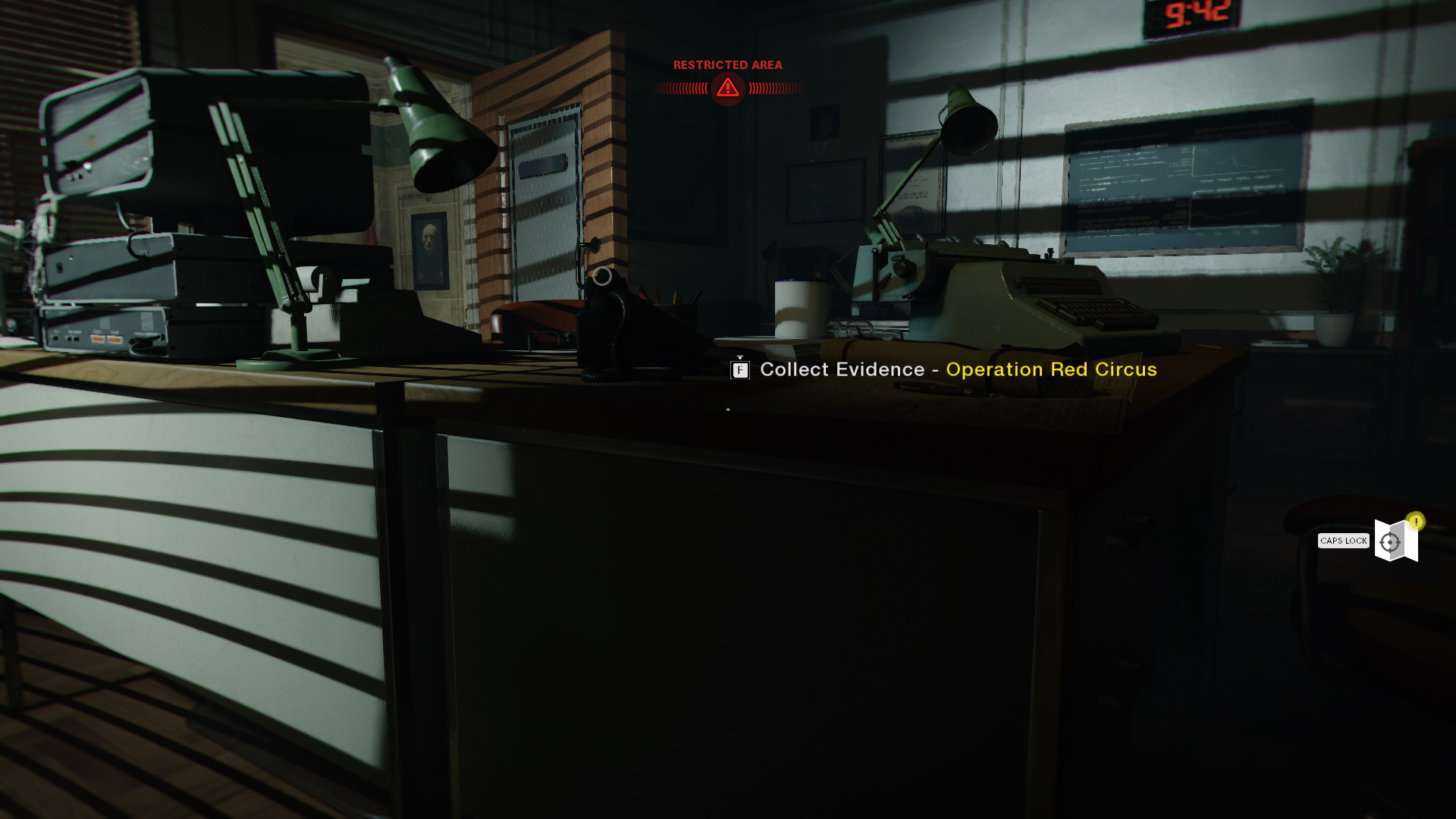 Who are the suspects in Operation Red Circus?

Nice job soldier. Oscar Mike. Time to root out these embedded agents and stop the Soviet plans, or whatever the justification is this time around. Remember, each player’s guilty suspects are different, so no matter who comes up as a suspect for me you’ll want to check for yourself. Thankfully, the method is the same, so it’ll be easy enough for you to figure out the culprits. Just read on.

Look at Kraus’ Ledger and see which cities were used to funnel money on which dates. For example, I have Bearded Lady in Krakow, Poland on 10/04/80, Strong Man in Barcelona, Spain on 01/09/80, and Juggler in East Berlin, Germany on 09/16/80. Cross-reference this with your suspects list and you’ll have a shorter list to choose from. 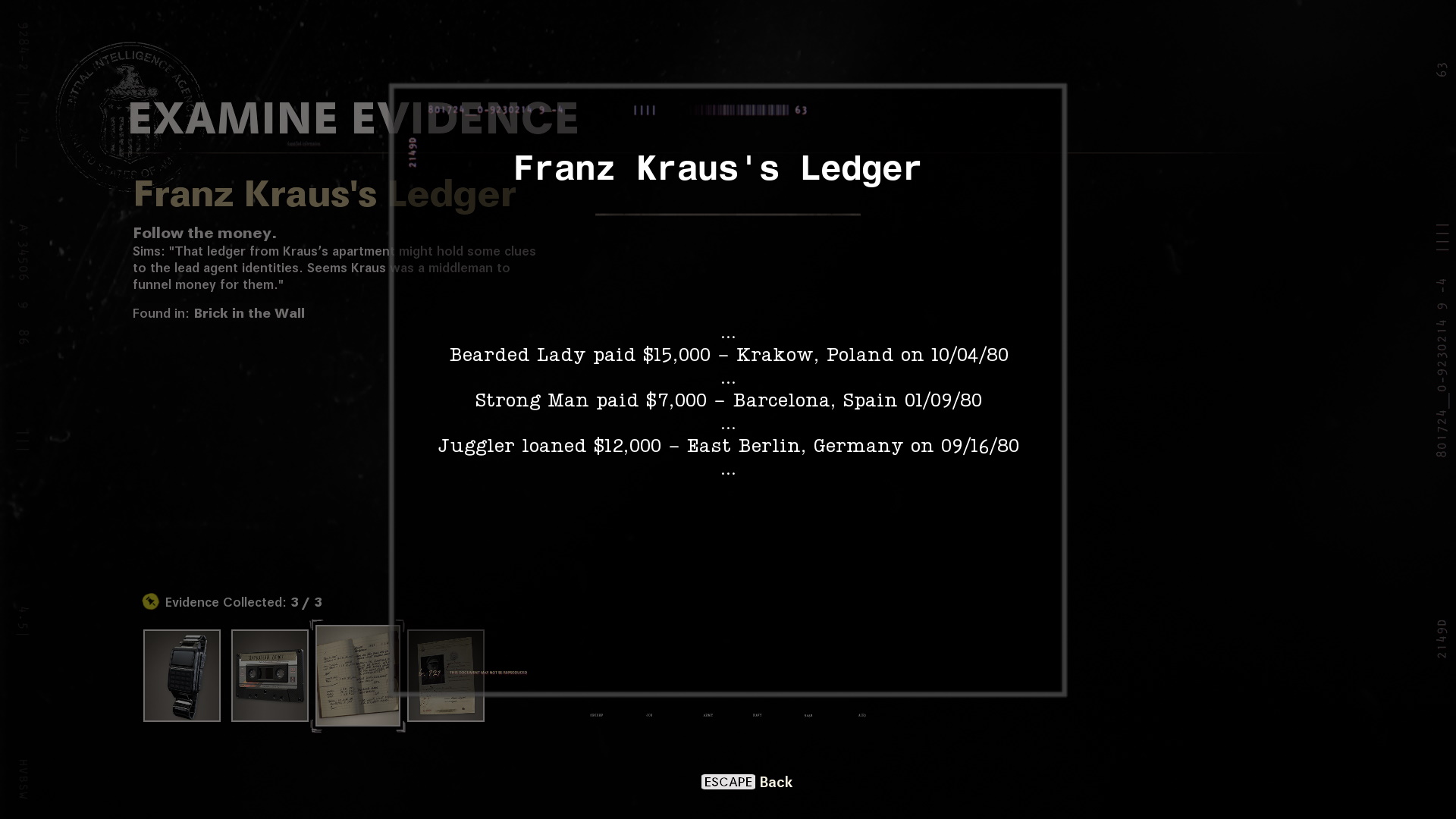 So, my list is narrowed down to only people who show these cities and dates on their ‘recent travel list’ when I hover over them under ‘Review Suspects’. This has given me Alex Superty, Leslie Sinclair, Harvey Spray, Aaron Lee, Calvin Dunn, Eliana Miller, and Claire Koberstein. Unfortunately, this has only ruled out one person, but it’s a nice start. 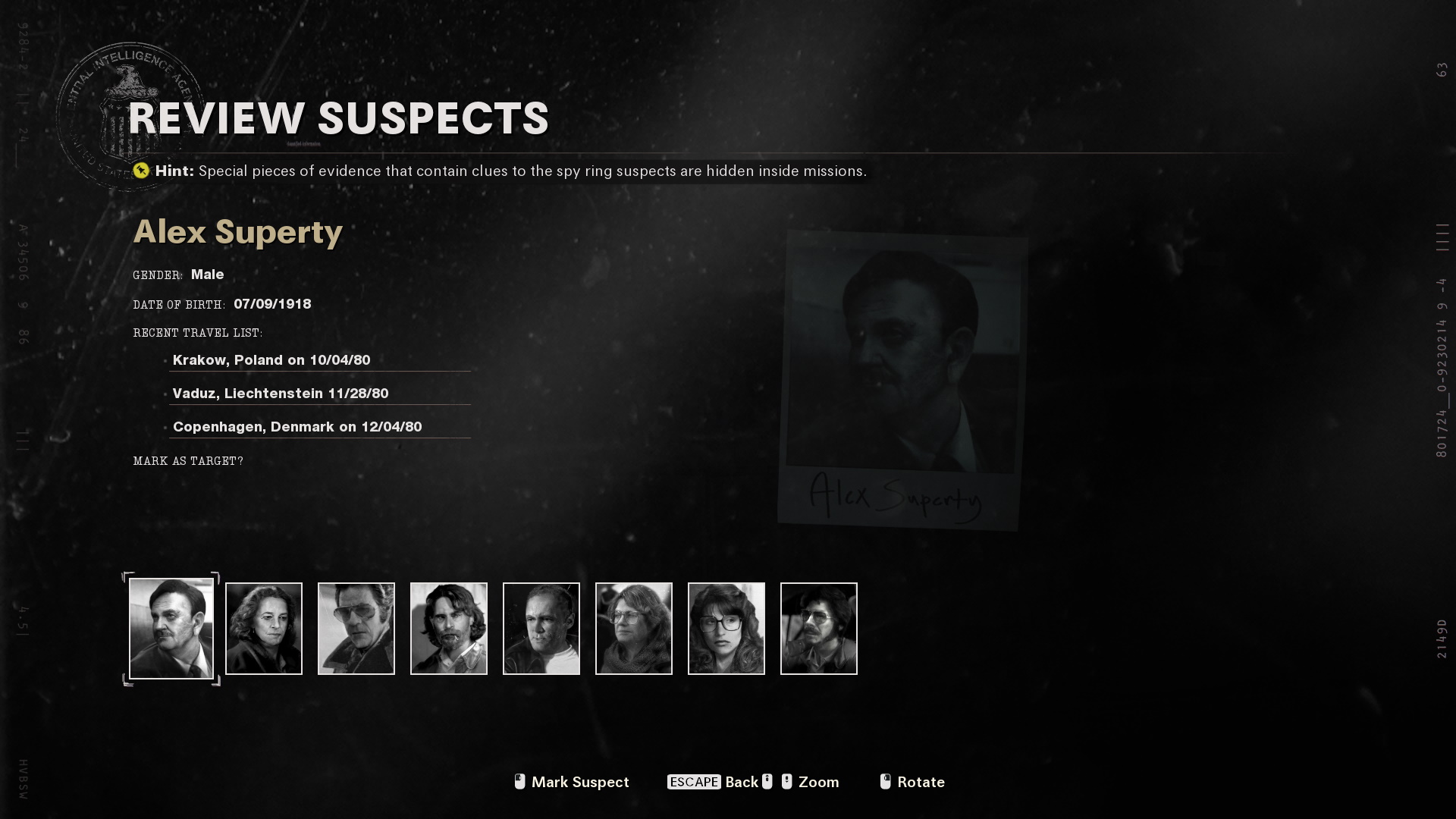 Give the cassette tape a listen. Look at the code names cross-referenced with the pronouns used to refer to them. For me, Bearded Lady was referred to as ‘she’, while the other two are ‘he’. Using this, you can pop back and narrow the list down some more. Bearded Lady must be a woman who was in Krakow on 10/04/80, so that narrows it down to just two suspects – Eliana Miller and Claire Koberstein. Run this test for the other operatives too, and you should be able to rule out a couple more folks. 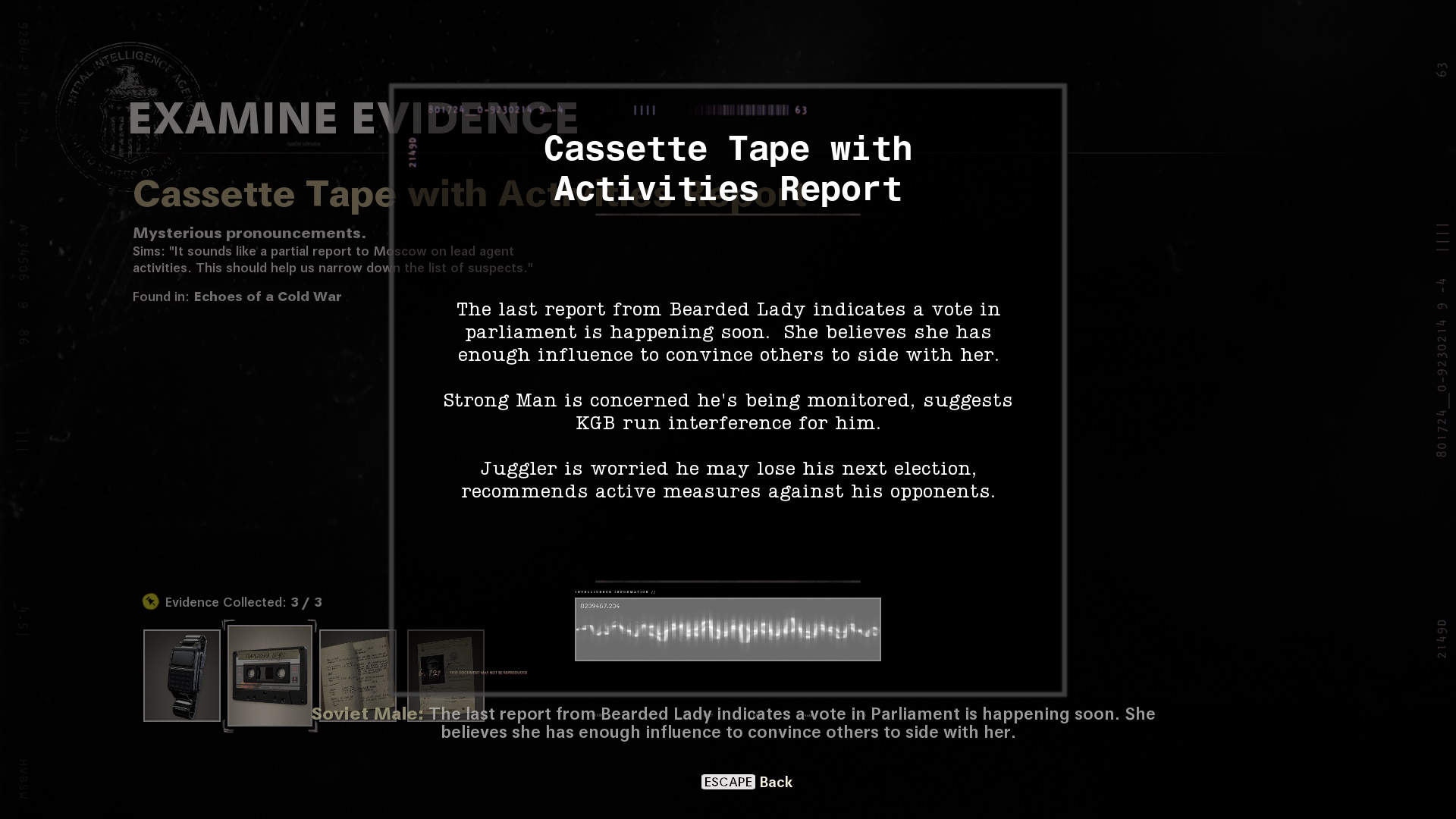 Alright, now for the final step. Grab the wristwatch you found in Desperate Measures and get to work. Do the same thing you did initially – check which suspects were in the given cities on the specific dates. Remember, you know their pronouns and another city location, so this should narrow you down to your final suspects. For example, I know that Bearded Lady is either Eliana Miller or Claire Koberstein, but now I have the extra information that she was in Vienna, Austria on 01/08/81. 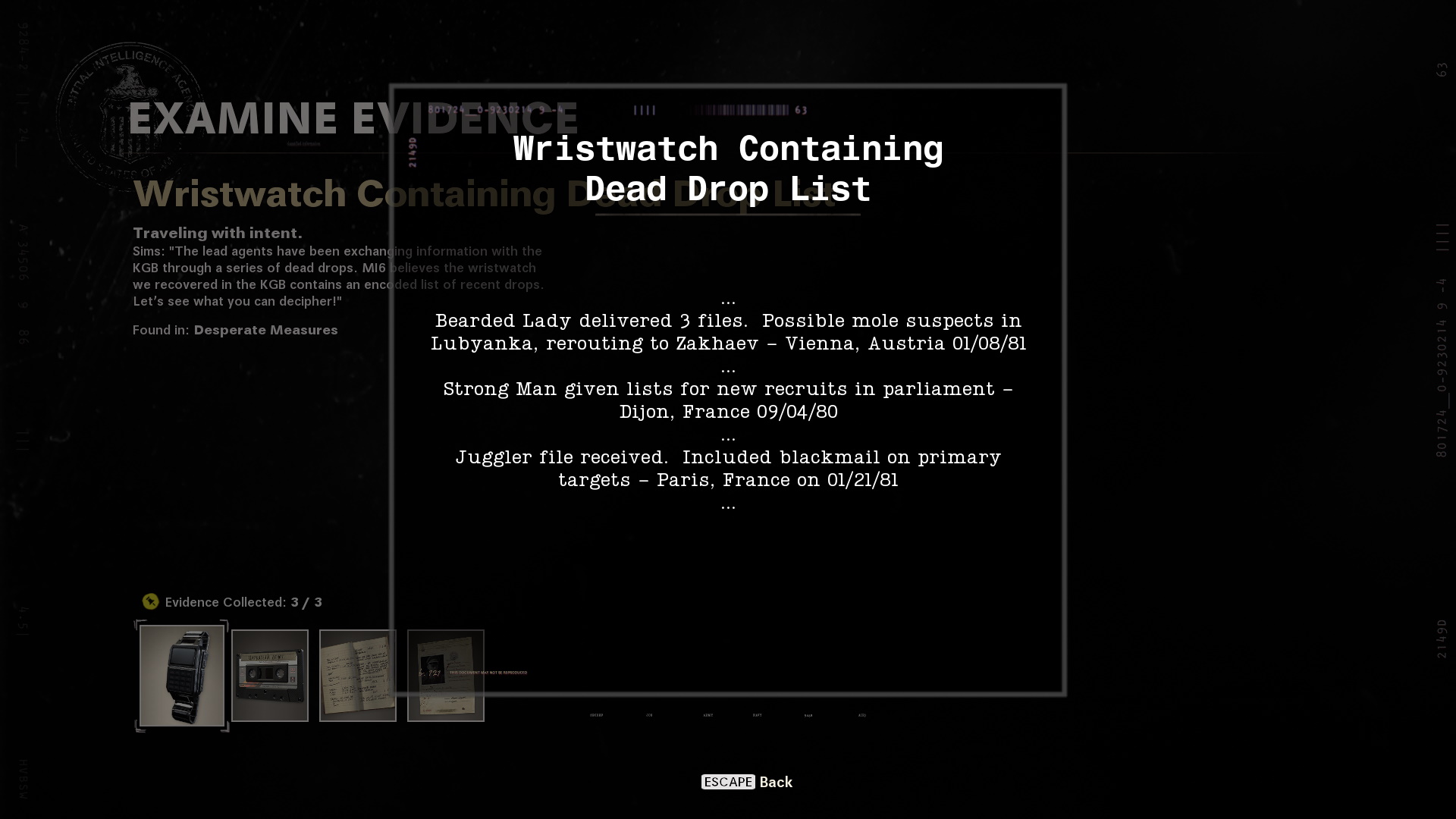 Now I can go back and have a look at the two remaining suspects and see what corresponds. Oh, would you look at that! Claire Kobersetin was there. Sounds like that’s our first target.

Repeat this for each codename, and you’ll have your narrowed-down list of three suspects. Select them and take on the mission.

That’s all you need to know for completing Operation Red Circus! Now, why not go have a look at our Operation Chaos guide to get all the single player stuff done? We also have tips on other modes, so check out our Cold War zombies guide for more advice, or learn how Prestige in Cold War works.