To call Wobbledogs simply a pet simulation game seems to do it a disservice. It’s an irresponsible dog scientist’s genetic playground and exactly the kind of ridiculous sandbox that I longed for as a kid playing other pet simulations. These boxy, mutating dogs will enter early access in January, but you can watch them stumble around in a new teaser trailer.

First off, lets just watch this Wobbledogs trailer without any further context.

There’s a lot going on here. The dogs have rectangular bodies and wobbly legs. The dogs travel through what appear to be vacuum tubes. The dogs sometimes enter chrysalises and also they can lay eggs. You can pet them and they eat french fries (sorry, chips). After they eat the chips you can inspect their stomach microbes.

“Wobbledogs is a 3D pet simulation where you raise your own personal hive of rapidly mutating dogs, physically simulated all the way down to their guts,” says its developer. “The dogs start out relatively normal, but mutate and behave in surprising ways as the game progresses and their evolutionary lines advance.”

Let’s go back to stomach simulation. Look at Buster’s gut. Different foods will produce different flora, apparently, which will result in different mutations for your wobble-legged dogs. Not for nothing either, these dogs are physics simulations. “Two dogs with separate body structures will experience the world in different ways,” says the developer. “They also have unique personality traits that influence the types of behaviors they tend to run and govern how they interact with other dogs and objects.” 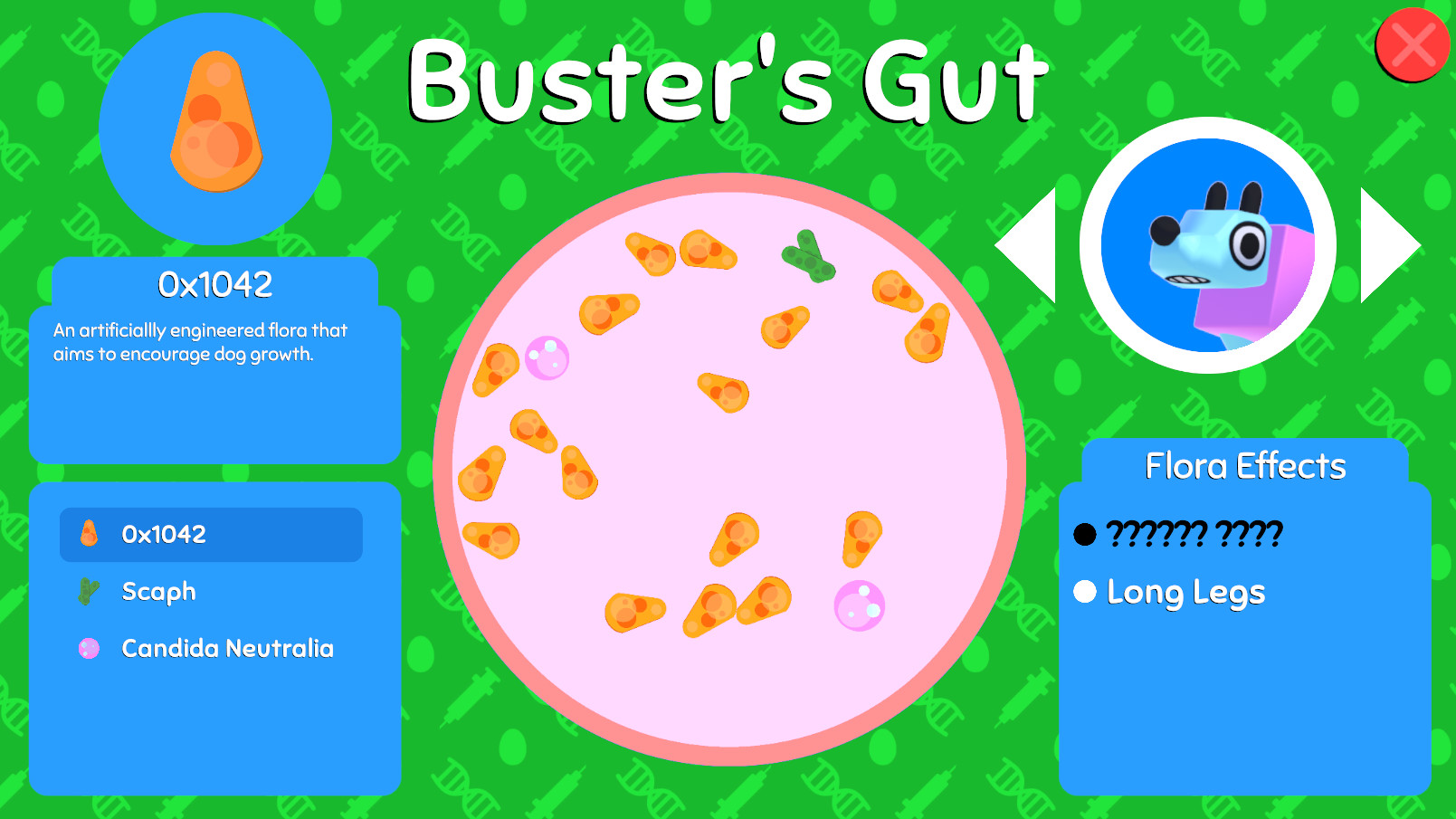 I will admit that the implications of engineered gut flora are over my head and the only thing I can think when looking at this screenshot is of my partner, a medical worker, who has said the words “gut flora” to me in real life and how I also was confused and repulsed then.

But wait, there’s more. You’ll also decorate homes for these wobbly dogs and link together with those suction tubes that they travel through like some kind of giant hamster playground. The dogs have evolutionary lines which will presumably produce some exceedingly odd creatures over time.

This is the kind of brightly-colored fun that I was longing for as a kid when I rented the Catz 5 from my local library. I remember feeling, even as a kid, that the Petz games were glorified Tamagotchis. I didn’t want to just watch my digital tabby cat wander around the screen I wanted to do more! Wobbledogs appears to be oh so much more.

Now that I’ve taken a breath, I remember this was meant to be a news post. Alright, here’s the news then. Wobbledogs is entering early access on Steam in January and plans to stay in that state for about a year. During that time, developer Tom Astle wants to add more mutations, improve wobbledog AI, add additional interactions, and more.

For an extra laugh, take a look at some gifs of early wobbledog development that Graham enjoyed a whole four years back. Now I leave you with this other thing called Wobble Dog which I have not been able to stop thinking about this entire time. Also horrifying!