Kalimba is probably the greatest puzzle platformer you’ve never played. Just saying its name brings a smile to my face. It’s a delightful word that just rolls off the tongue, much like the pair of grinning totem heads you’ll send cascading through its subterranean levels in search of ever-larger totem faces to help bring the light back to your cursed island. It’s a real gem, old Kalimba, and it remains one of my favourite games of all time.

Kalimba’s main hook is that you control both totem heads at the same time. They walk at the same speed, and they both jump when the other one does. It’s an idea you may have seen before in other indie puzzle platformers, such as Sparpweed’s Ibb & Obb, but here it’s used to even greater effect, and it really messes with your old melon.

For the most part, your two brightly coloured totem buds occupy separate halves of the screen. Each one will have their own set of obstacles to overcome, but they rarely line up with what’s going on with your other totem mate. As such, you’ll need to keep a watchful eye over both sections to make sure you don’t accidentally fling one into a deadly lava pit while the other tries hopping over a ledge. The environment regularly pulls them apart, too, and the further they get out of sync with each other, the more your brain starts to boggle as you try and keep it altogether.

It’s a wonderfully cerebral exercise in first-class run ‘n’ jumpin’, and its ideas escalate devilishly quickly. Before long, you’ll be double-jumping, quadruple jumping, gravity hopping and executing fast-paced totem swaps as you race through fiendishly colour-coded lava pockets that will nuke anything but the correspondingly fluorescent totem head, and I haven’t even mentioned the giant snakes yet.

The best thing about Kalimba, though, is its rhythmic soundtrack. You see, every level has shiny little orbs that zip and blip in time with the music when you collect them – an increasingly common occurrence these days, but one that felt very new, fresh and exciting back in the heady days of 2015. Even now, though, these extra musical punctuation notes lend each jump and button press another layer of toe-tapping satisfaction, and it really helps get you in the platforming zone. Much like Celeste‘s strawberries, you’ll need to deploy all of your platforming prowess to collect every last one of them, too. It can be quite a challenge at times, but the reward of a golden totem head is just too good to pass up. After all, you can’t just have one giant golden totem head on your ever-rising map screen – you simply have to get them ALL. 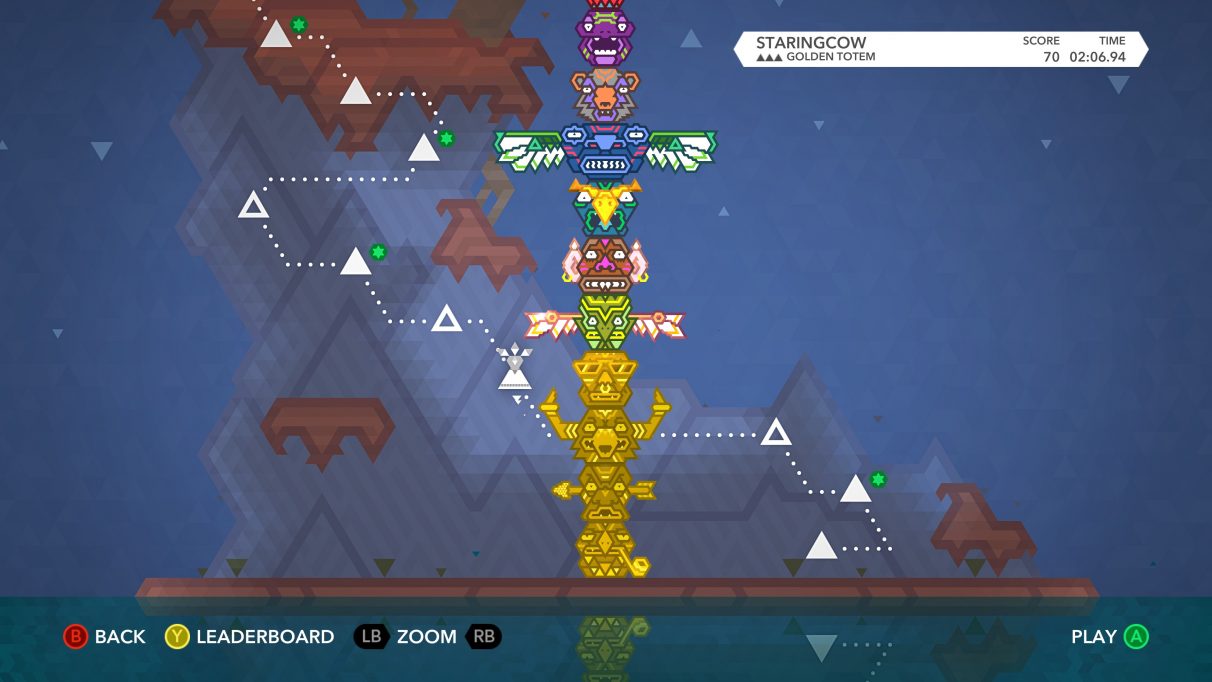 Alas, Danish studio Press Play are no longer around to make more Kalimba goodness – they were one of the other causalities of Microsoft’s big Lionhead cull in 2016 – but many of its developers have since regrouped under the banner of Flashbulb Games, who are currently making the sandbox vehicle builder Trailmakers. It’s a far cry from Kalimba, but it captures much of the same zany spirit as their totem-tastic platformer.

Seriously, though, go and play Kalimba if you haven’t already. It’s only £7 / $10 on Steam and is absolutely worth every penny. I guarantee it.

Tagged with feature, Have You Played, Press Play, Kalimba.

The art of poles