Mantis Blades. They’re flashy, they’re cool, and funnily enough, they’re practical too, being one of the most powerful melee weapons you can find in Cyberpunk 2077. If, like everyone else, you’re wondering how to get your hands on these Mantis Blades (or vice versa, I guess), then you’ve come to the right place. Our Cyberpunk 2077 Mantis Blades guide will show you where you can find Legendary Mantis Blades very early on, and also talk a little about why they’re so powerful and how to use them properly.

Mantis Blades have been an iconic part of Cyberpunk 2077 for years, thanks to their prominence in the very first teaser trailer for the game way back in 2013. And we do get a fair few chances throughout the game to see them in action. But what many players will really want to know is: can you use Mantis Blades yourself?

Mantis Blades work in similar fashion to fists: you can block by holding right-click, and you can either light attack by tapping left-click or heavy attack by holding and then releasing left-click. Light attacks with Mantis Blades can be used in quick succession, and there’s no end to the combo, which means you can keep slicing and dicing until your Stamina runs out. Meanwhile, your heavy attack with Mantis Blades causes you to leap forward a short distance towards an enemy, delivering high damage which you can then follow up with lots of light attacks.

The high damage output of Mantis Blades makes it one of the most powerful melee combat tools in Cyberpunk 2077. The damage by default is purely physical, but you can install mods which can change the damage to any of the other damage types, allowing you to burn or poison enemies, and so on.

How to get Mantis Blades

Most ripperdocs across Night City will have Mantis Blades in stock – you’ll find them under the “arms” cyberware slot – but you’ll need 20 Street Cred and around 16,000 eurodollars to purchase just the rare-level Mantis Blades (which are the lowest-rarity Blades you can get). Thankfully, there’s a far easier way, if you don’t mind cheesing the game a little bit. 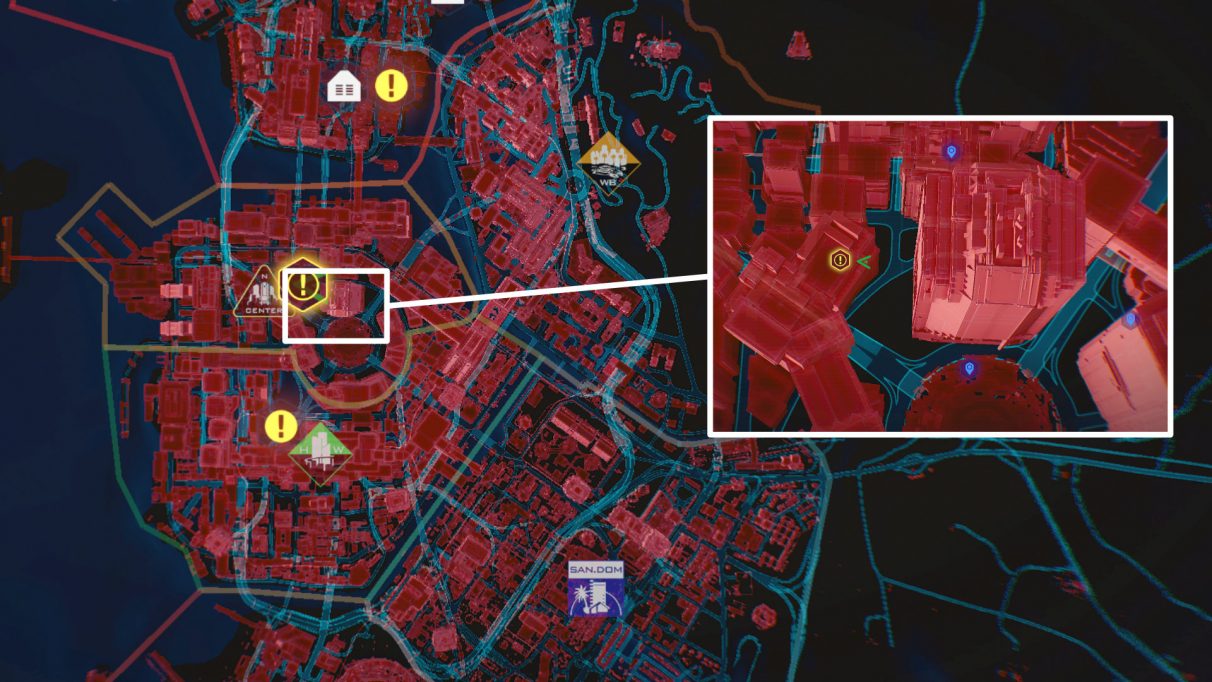 The spawn point for Legendary Mantis Blades can be found in the City Center in Night City, in a room guarded by a Cyberpsycho.

There are certain loot locations in Night City which give you a high chance of obtaining Mantis Blades, and one of them in particular allows you to obtain the Legendary Mantis Blades very shortly after the beginning of Act 2 in Cyberpunk 2077.

The loot point in question is a chest next to one of the Cyberpsychos that Regina Jones tasks you with hunting down quite early on in the game. The exact location is shown in the screenshot above, so just head to the nearest Fast Travel point in the City Center. Once you’re close, Regina will call you with more information, and the room in question will be highlighted on your minimap as long as you’re tracking the Psycho Killer quest.

This information was obtained from the below video by YouTuber “JorRaptor”, so do check out the video if you want a closer look at exactly how to obtain the Legendary Mantis Blades early on in Cyberpunk 2077.

And that’s all you need to know about the powerful and terrifying Mantis Blades cyberware upgrade in Cyberpunk 2077. But if your combat interests lie elsewhere, be sure to check out our Cyberpunk 2077 builds guide for some top-tier combat setups.