Inkle Studios of Heaven’s Vault and Pendragon fame began teasing their Arthurian strategy game in January this year and launched it in September. For their next outing, they want to be much more open about their development process than they’ve been in the past. So much so that they’ve begun talking about their next game, something set in the Scottish Highlands, just a few months after Pendragon’s launch. Come have a look-see at what they’ve revealed about it so far.

“In some ways it’s very similar to our previous games—it’s about travel, it’s replayable, and has a strong branching narrative,” Inkle explain. “In other ways, it’s very different. This game has a side-on perspective and has 2d platforming elements, which is very much uncharted territory for us!”

Their next game does have a proper title, Inkle say, though they aren’t ready to reveal it just yet. It’ll be known as the “Untitled Highlands Game” in the meantime. That’s alright, though. They’ve been sharing some lovely, painterly concept art and character sketches instead. 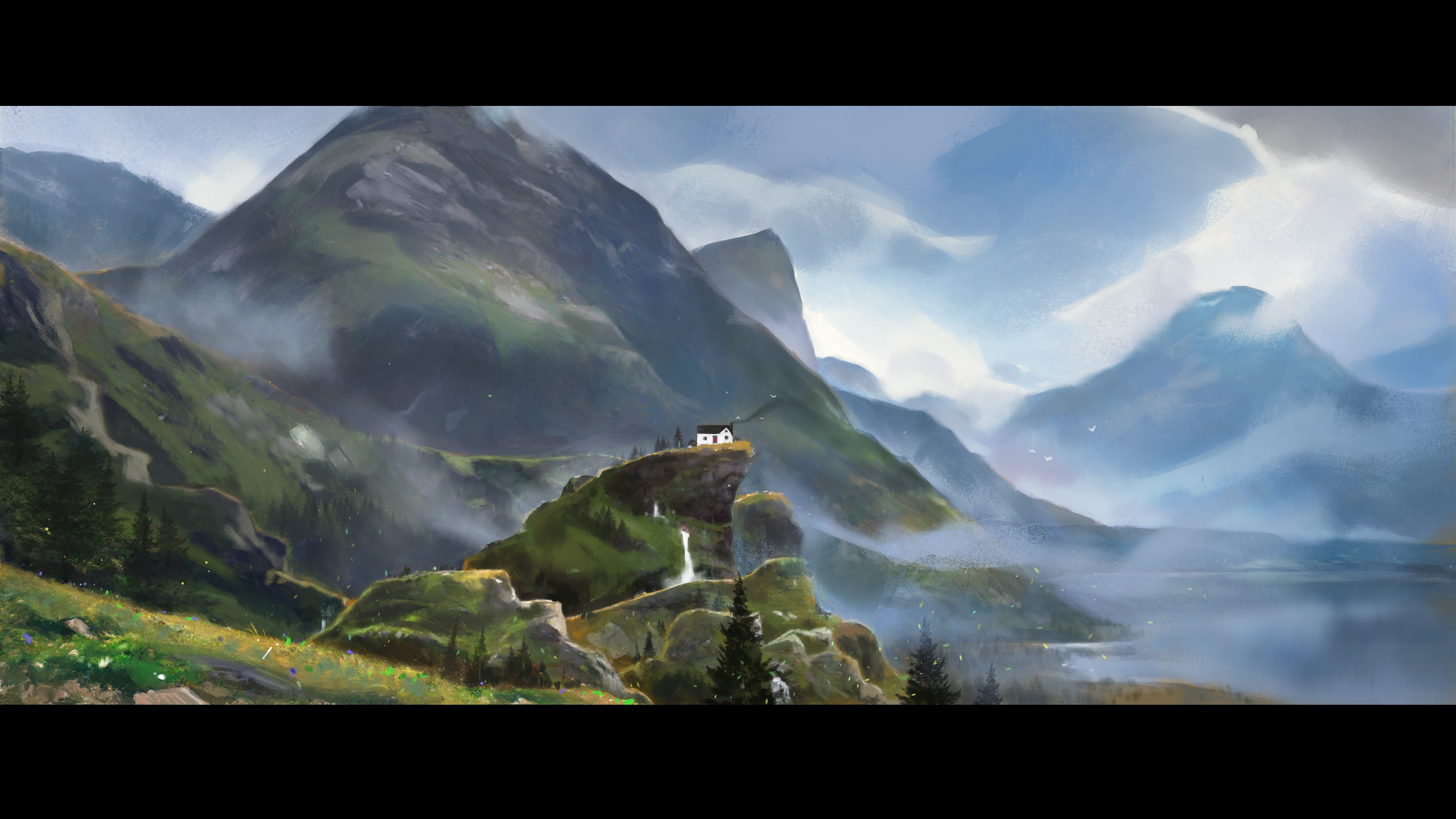 Yes, I would absolutely like to live here, thank you very much.

“There’s a strong distinction that you feel being in the Scottish mountains compared to say, the European alps or Yosemite National Park. Scottish mountains aren’t the highest, the jagged-est or the pointiest,” Inkle say of their chosen setting. “But they have a darkness and weight to them that’s only really shared with places like Iceland or perhaps parts of Scandinavia.”

To that end, they’ve pursued a more stylized realism than the cartoony look their protagonist originally had. She started out as that young, red-headed and red-coated adventurer up there from concepts created back in 2019 while Pendragon was still being developed. According to their latest blog post, she’s now morphed into a dark-haired young teen more in line with the setting and story that’s in the works. She looks even a bit older yet in some sketches shared by Inkle’s new art director Paul Canavan.

Inkle seem to still be plenty early in development for their next project, so we’ll not be playing it any time soon. If you’d like to keep tabs on it though, they plan to continue with regular development insights on their blog.

If you missed Inkle’s last game Pendragon, here’s a look at that. You can also have a gander at Alice Bee’s Pendragon review.