Twitch have removed the popular PogChamp emote from their streaming platform, following comments made by the emote’s star about the violent riots in the US Capitol last night. The announcement came just a few hours after the face of PogChamp, fighting game personality Ryan “Gootecks” Gutierrez, made inflammatory remarks about the riots on social media, “encouraging further violence”.

“We can’t in good conscience continue to enable use of the image”, Twitch said.

Last night, the US Capitol was violently stormed by Trump supporters spurred on by the President’s baseless claims of voter fraud. Guitierrez called for “civil unrest” for one of the rioters who was shot and killed inside the Capitol building, encouraging followers to watch a “gruesome” video about her death. 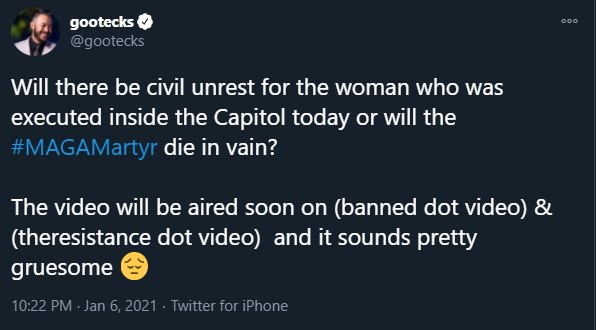 “We’ve made the decision to remove the PogChamp emote following statements from the face of the emote encouraging further violence after what took place in the Capitol today,” Twitch announced.

PogChamp was an image of Gutierrez’s face in a sort of shocked expression, and was one of the most popular emotes on Twitch. The phrases that spawned from it, “pog” and “poggers”, have not only become a huge part of Twitch culture, but gaming culture in general.

“We want the sentiment and use of Pog to live on,” Twitch added. “Its meaning is much bigger than the person depicted or image itself – and it has a big place in Twitch culture. However, we can’t in good conscience continue to enable use of the image.”

Twitch said they’ll be working with the community “to design a new emote for the most hype moments on Twitch.” Their Twitter thread is already full of big and small streamers alike throwing in suggestions.