Starting with their Ryzen 5000 mobile CPUs, these will be based on the same Zen 3 architecture and 7nm manufacturing process as their desktop counterparts. Leading the pack are two Ryzen 9 chips: the Ryzen 9 5900HX and Ryzen 9 5980HX. Both are 8-core / 16-thread CPUs with TDPs that start at 45W, and they’ll be able to boost up to clock speeds of 4.6GHz and 4.8GHz respectively. They look set to offer quite the jump in performance over Intel’s competing Core i9-10980HK, with up to a 35% improvement in overall CPU performance according to AMD’s initial benchmark figures. 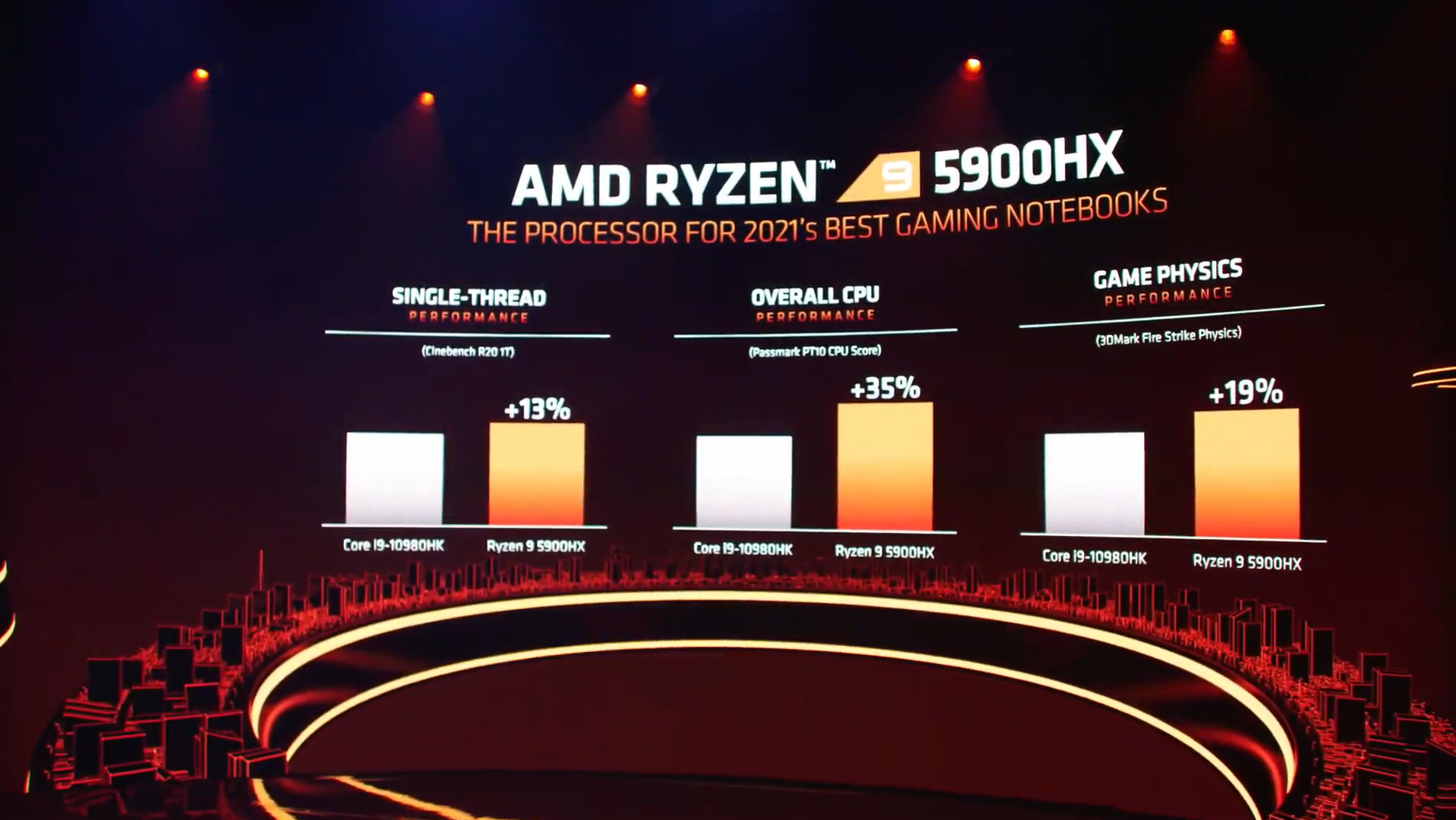 These were the only two CPUs AMD mentioned during their CES presentation, but there will no doubt be plenty of Ryzen 5 and Ryzen 7 HX CPUs launching alongside them (I’ll update this article with more information as soon as it gets confirmed). In any case, AMD definitely look like they’ll be getting the jump on Intel’s next-gen gaming laptop CPUs, as these aren’t set to arrive until later in the year. Indeed, Intel only talked about their new 11th Gen H35 CPUs for ultra thin and light laptops last night, leaving their traditional H-Series chips to be unveiled at a later date. Could this signal a sea change in the types of configurations we’ll see in gaming laptops this year? Only time will tell.

AMD also announced that they’ll be bringing their RX 6000 graphics chips to laptops as well. They didn’t go into a huge amount of detail about specific models or how they’ll compare Nvidia’s existing RTX chips, but we’ll no doubt find out more when their RDNA 2-powered GPUs arrive sometime in the first half of 2021.

Alas, we didn’t get any news about any more desktop RX 6000 graphics cards today – although judging from the two GPUs in AMD’s RDNA 2 slide (pictured above), I wouldn’t be surprised if the much anticipated RX 6600 and RX 6500 cards were also due to arrive before the middle of the year as well. I’ll keep you posted as soon as I know more.