Riot Games are dropping a sneaky new character into Valorant later tonight. His name is Yoru, and not only can he go invisible, but he can fake the sound of teammates’ footsteps and teleport to get the drop on everyone. He sounds like a lot of fun to play, and a lot less fun to play against. He’s arriving with the tactical shooter’s second Episode, along with a new battle pass, and a host of balance tweaks for agents like Omen and Brimstone.

But first, the cool new agent. You can catch a glimpse of his abilities in the animation above, which all seem to revolve around subterfuge and duping your enemies. His first skill, Fakeout, fires some ghostly footsteps that mimic the sounds of you or your teammates stomping around. Next is Gatecrash, a teleporting ability that allows Yoru to place a little rift he can zip back to (like Sombra’s translocator in Overwatch).

Then he has a flash move called Blindside, which throws out a small ball of energy that pops after hitting a surface, blinding enemies nearby. His ultimate ability, Dimensional Drift, makes him invisible and invulnerable for a limited amount of time. 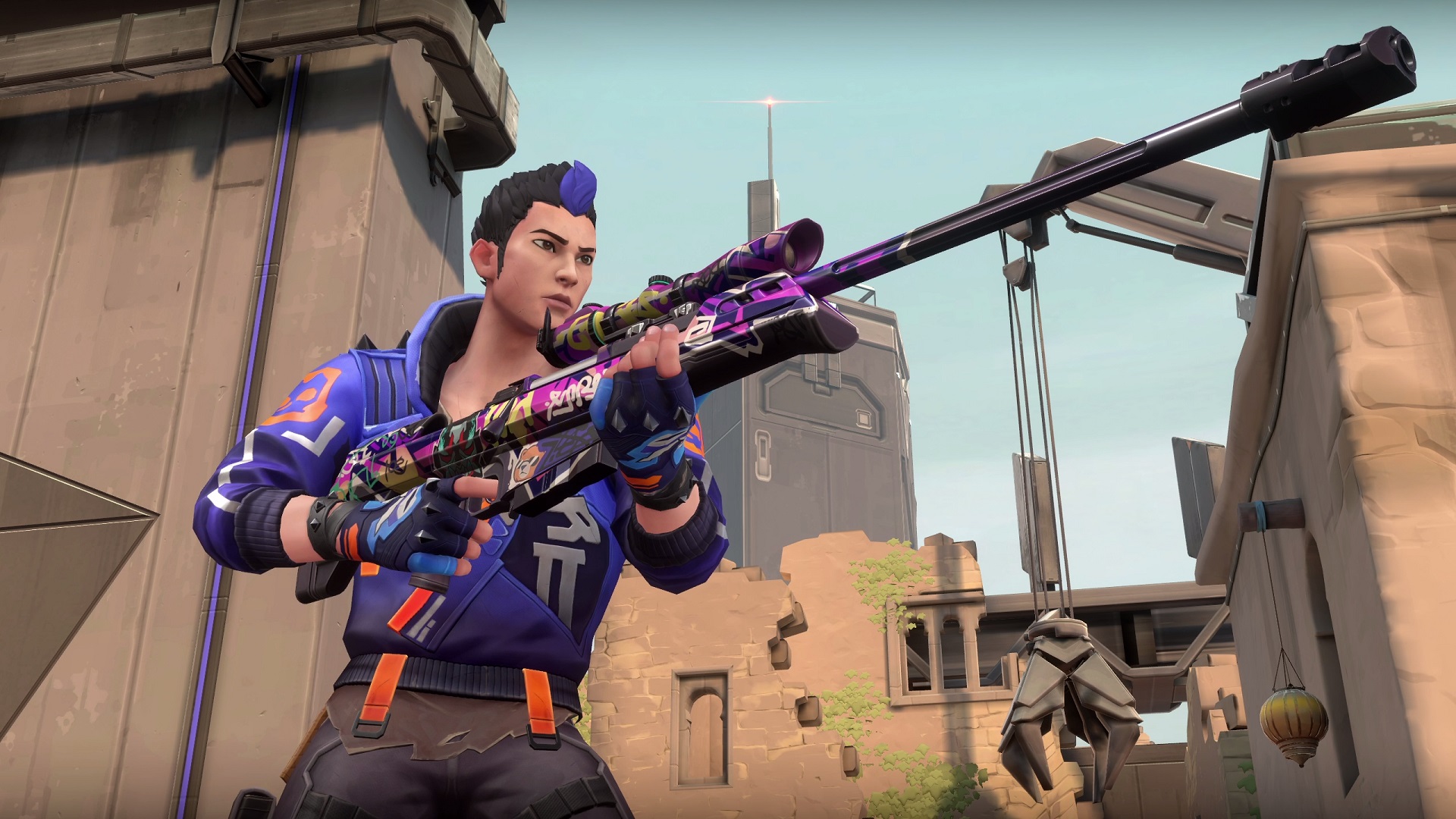 Episode 2 Act 1 also comes with a new battle pass full of pretty costmetics, one of which Yoru is modelling in this pic.

As for tweaks to other agents, Episode 2 Act 1 will see some decent changes to Omen and Brimstone. The big change for Brim is an increase to the duration of his smokes, which now last for 19.25 seconds, up from 14.25. His Molotov now costs less in the buying screen too, and his Stim Beacon has no equip time anymore.

Omen’s Paranoia ability is going up in price however, from 200 to 400, while his smokes’ projectile speed have been greatly reduced, from 4000 down to 2800. As an Omen player: what the hell, Riot. This is a huge nerf, what did poor Omen do to you?

There are also a few updates to Valorant’s competitive game mode, as well as a bunch of bug fixes, which you can check out in the patch notes right here.

According to Valorant’s in-game timer, the current Act and Episode end at around 4am GMT (8pm PT) tonight, so expect the update for Episode 2 to land around then.

Elsewhere in Valorant news, Riot teamed up with Destiny 2 developers Bungie last week to file a lawsuit against a pesky cheatmaker who’s been selling hacks for their games.