The studio behind The Division are making a new “story-driven, open-world Star Wars game,” Lucasfilm announced today. They revealed plans to start working with more developers on Star Wars games, not just Electronic Arts. However, they do say they are still working with EA on new projects. This news arrives the day after Bethesda announced an Indiana Jones game, being made by Wolfenstein studio MachineGames.

“We’re looking to work with best-in-class teams that can make great games across all of our IP,” Lucasfilm Games VP Douglas Reilly told the official Star Wars site. “We’ve got a team of professionals here at Lucasfilm Games who can work with the developers, shape the stories, shape the creative, shape the games, to make them really resonate with fans and deliver across a breadth of platforms, genres, and experiences so that all of our fans can enjoy the IPs that they know and love.”

Ubisoft Massive’s mysterious open-world game is being made under creative director Julian Gerighty, who also served in that role on The Division 2 and The Crew. The Starlords also confirm that it’s using Massive’s own Snowdrop engine, which we’ve previously seen in games including The Divions, Mario + Rabbids, and South Park: The Fractured But Whole.

“We know that fans of Star Wars value the feeling of immersion — of being transported into the Star Wars galaxy and moving through richly-detailed environments,” Reilly said. “It’s fun to imagine what the team at Massive can do within Star Wars by bringing their innovative spirit and their commitment to quality.”

Until Ubisoft’s marketing campaign gets beyond teasers, I’m going to assume the game is about Jar Binks Binks. Tell me I’m wrong, Ubisoft. That’s right, I’m using your hype-building vagueness against you.

Does this move signal a breakdown of Disney’s relationship with EA, as some have assumed? Unclear. Disney and Lucasfilm announced “a multi-year, multi-title exclusive licensing agreement with Electronic Arts” in 2013, and an EA exec later said that was for 10 years. And yup, since then, they’ve mostly been the only Star Wars games in town, aside from LEGO Star Wars and some mobile games. Did Disney bin the deal, or did the terms allow this move, or… we don’t know. But they are still working with EA.

“We’re really proud of the games we have created with EA,” Reilly said. “We will continue working with them and our relationship has never been stronger. While we may not have a lot of details to share at the moment, we’ve got a number of projects underway with the talented teams at EA.”

EA’s time with Star Wars has been rocky, including the cancellation of an action-adventure game helmed by Uncharted almunus Amy Hennig (a double cancellation, reportedly) and Battlefront 2 launching as a loot box hell. BF2 seemed to be the game that tipped public opinion over from ‘sick of loot boxes’ to ‘furious about loot boxes’, and it was publicly denounced by some government officials. They’ve done some good with Star Wars too. They did scrape the horrors out of Battlefront 2 in the end then updated it for ages, and have released games including decent dogfighter Squadrons and fun Jedi ’em up Fallen Order. 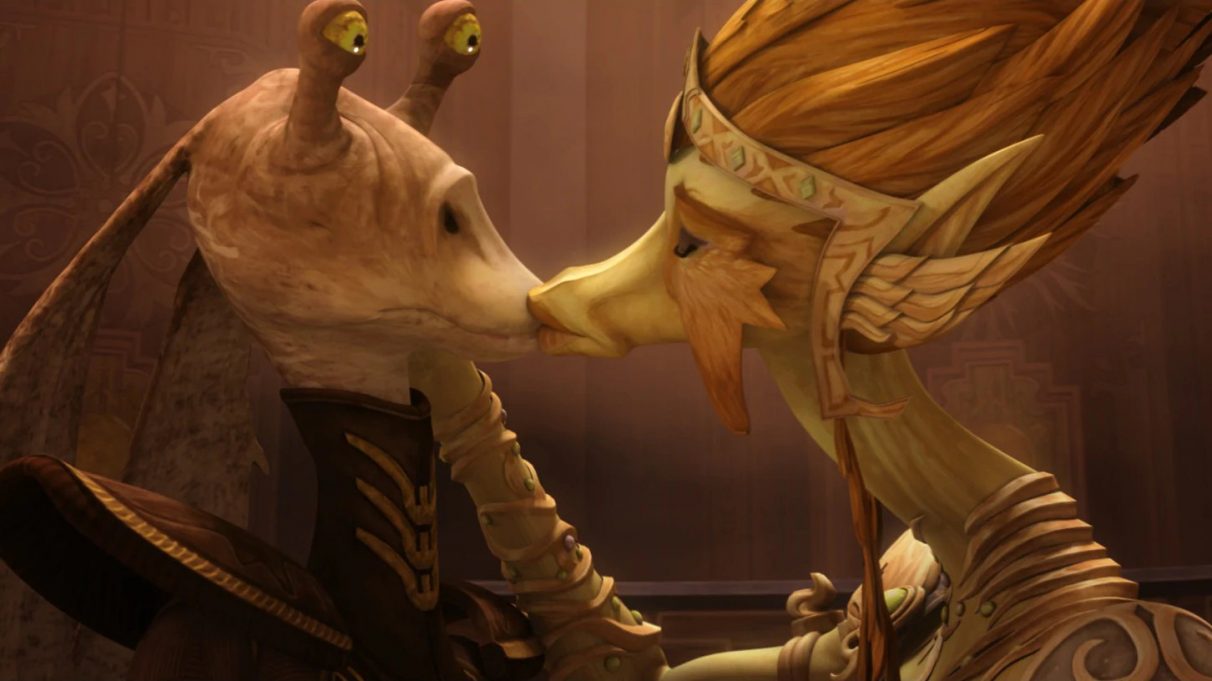 I found this picture on the Star Wars site and I hate it. But I’ll keep using it until you reveal more about your mystery game, Jann Ubisoft.

Lucasfilm this week revived their old Lucasfilm Games brand, the name under which they released games including The Secret Of Monkey Island and Loom. That was followed by the announcement of Bethesda’s Indiana Jones, and now Ubisoft’s Star Wars. It’s a far cry from the good old days when Lucasfilm/LucasArts made great games (and original games, not based on any George Lucas film!) but the name’s coming back with a flurry of activity. Even if it does mean churning out more Star Wars. Hey, at least Star Wars has nice laser sounds, always good to have nice laser gun sounds in a video game.