It just doesn't make sense. Until you fullscreen the image above and peer closely, noticing the flat tones on the buses and the blocky curve on the roadway, you wouldn't expect it to have come from a game more commonly used to build eye-hurting failure hovels from ugly cubes of cobblestone. But alas, this is a screenshot from Minecraft, and it is a view over the city of Greenfield, possibly the most impressive build project I've seen to date.

Based closely on Los Angeles, and built to 1:1 scale so every block represents a cubic metre in real life, Greenfield has been the work of more than 400 people for the last nine years. There are ports. Skyscrapers. Suburbs. Slums. Chemical plants. Railways. There's everything, in fact, you might expect to find in the metropolis it's based on. Managed by a committee of ten people, and built by legions of architects, it's now grown to a size of 20 million blocks, making it the largest Minecraft city build that exists at present... and it's only 20% complete. Let's take a look. 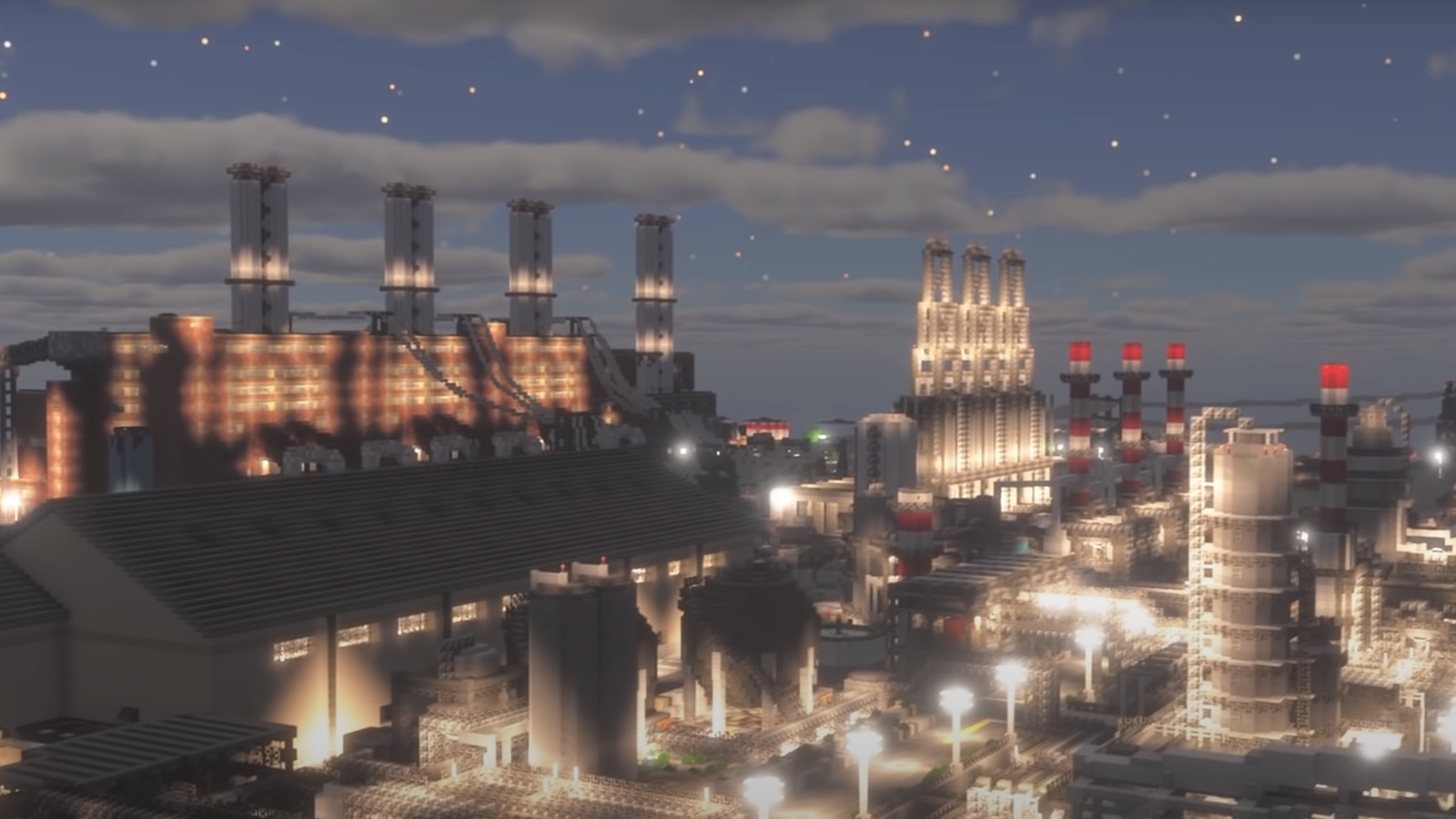 According to NJDaeger, one of the Greenfield server's five admins (he brought the server to my attention with this post on Reddit), Greenfield's 11th iteration - Version 0.5.3 - is about to be released on the construction team's Planet Minecraft page, where keen tourists can download the current build and have a mooch around it without a care in the world for lockdown. If that sounds too much like hard work, you can be shown around on YouTube here instead. 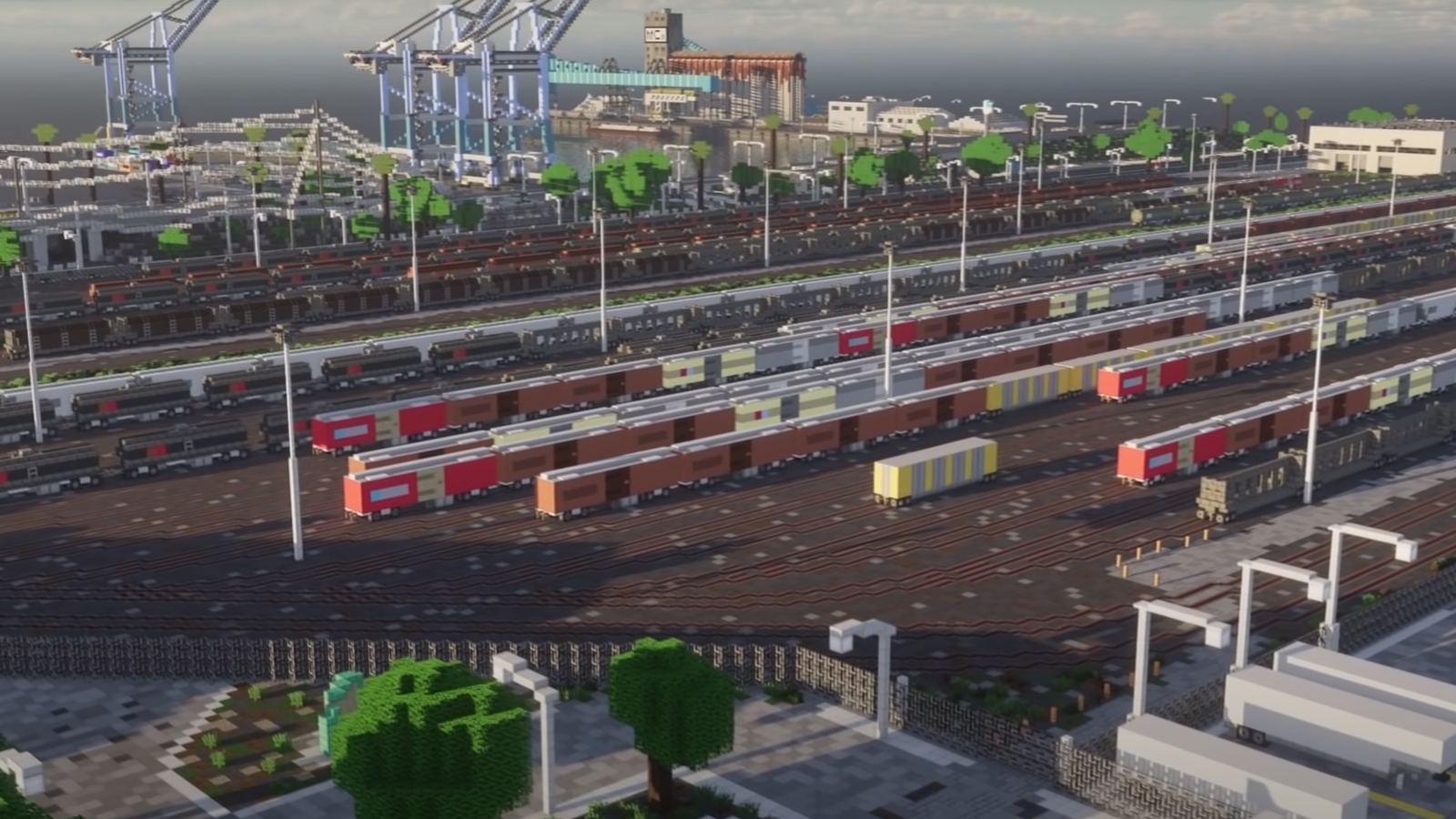 It's not just an empty shell, either. According to NJDaeger, almost every building has a fully detailed interior, with regular inspections - yes, inspections - to check everything has a functional inside when a build is released. These quality assurance exercises are just one facet of a project management effort that seems almost unfeasibly competent: there's a whole workflow system for laying out new districts, construction codes to keep style and quality consistent among the swarm of builders at work on the city, and regular staff meetings over discord to co-ordinate the mammoth effort. 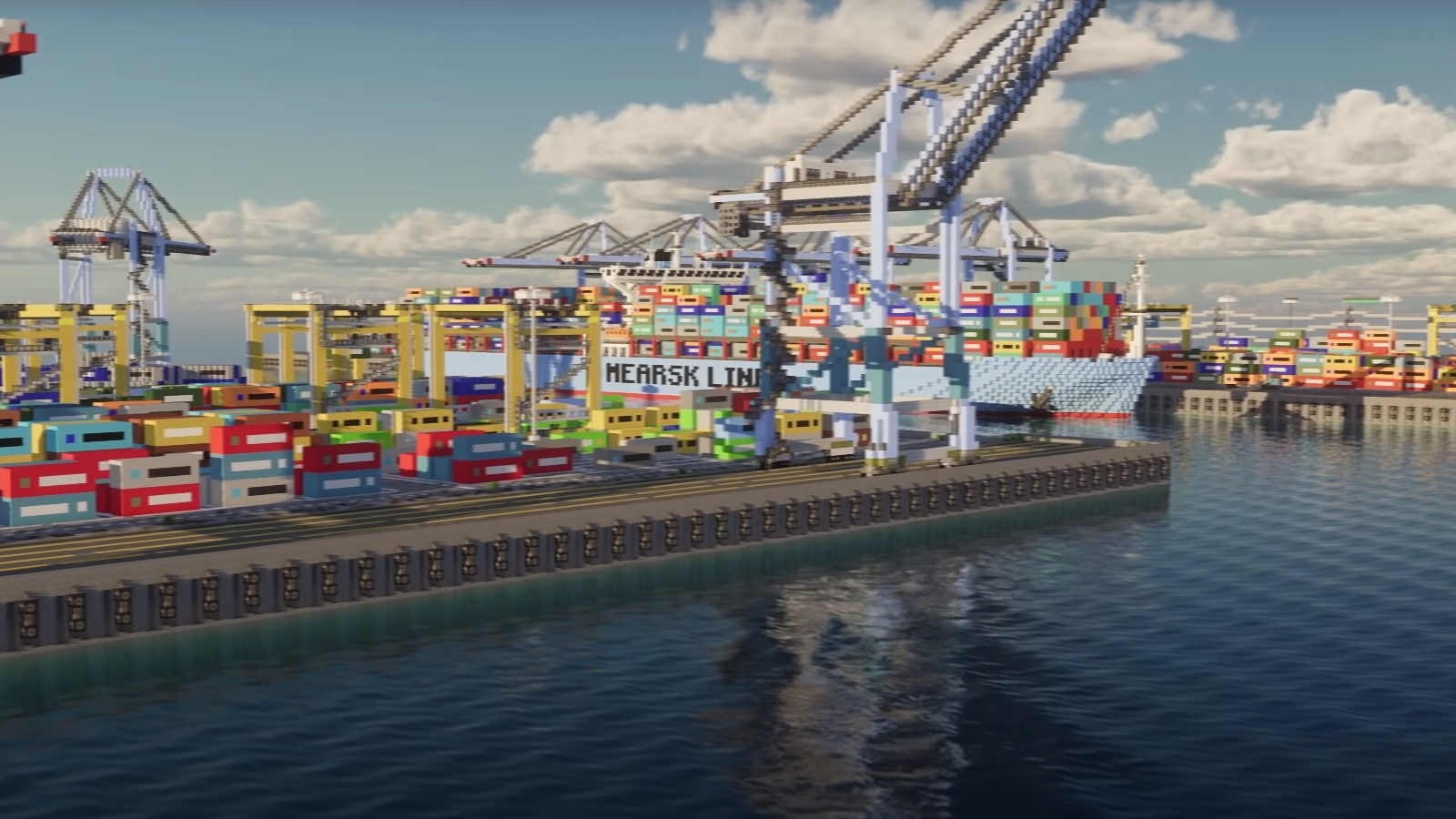 The result of all this is a city that doesn't just look as realistic as a minecraft city can from ground level, but from the air, too - it's got a layout that's totally convincing as the result of professional city planning. Just look at the following image, captured from Greenfield's dynamic map , and tell me you wouldn't dream of creating something like this in SimCity 2000: 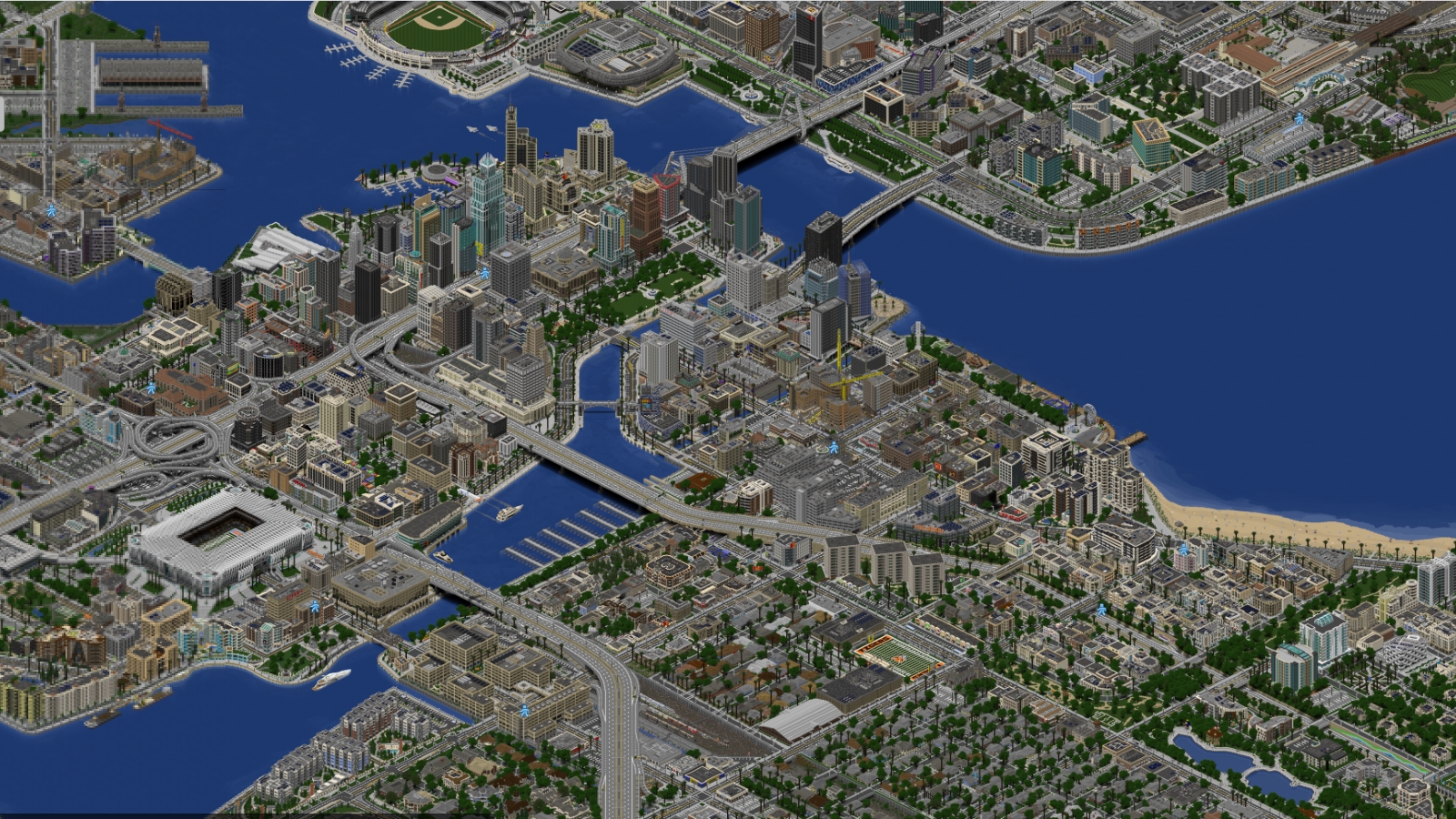 To me, almost the most impressive part of the whole project is not the city itself, but the sprawling countryside around it. In order to make land to build the city on, hundreds of people are constantly working in a vast area around it to terraform Minecraft's whimsical, jumbled pretend geography into the monotony of the real. Of course, the high-level users are using the worldedit tool to do the mass transformation work, but for newer members of the server - until they've proved they're not deep cover griefers, that is - it's all done by hand. Reminds me of those fellas in The Hitchhiker's Guide To The Galaxy who just built planets, like it was a normal job. 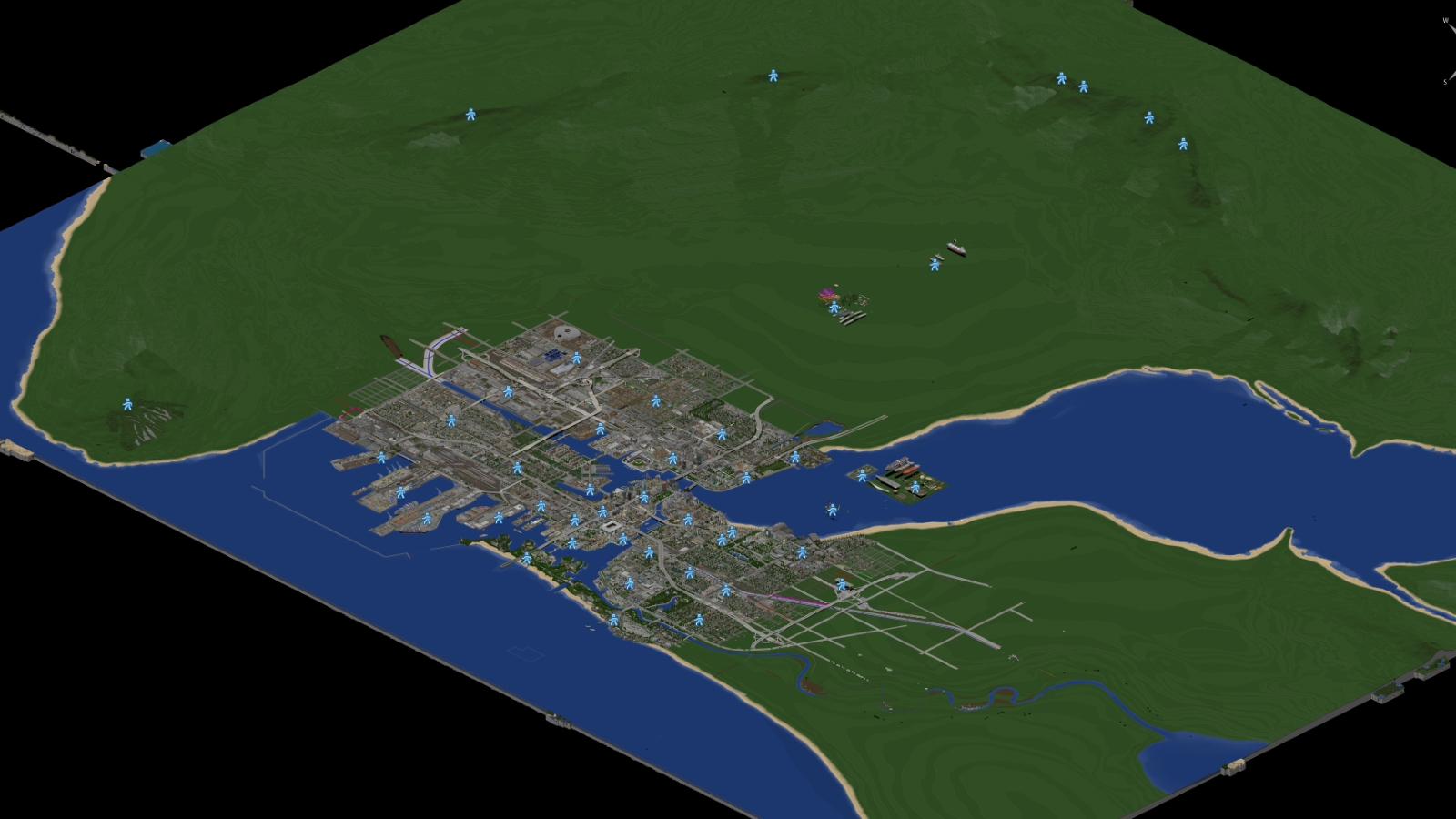 While we're looking at the countryside, by the way, check out this detail from the very edge of the custom world, where you can see a couple of chunks of Minecraft's regular terrain has loaded. It's a surreal image: like a swarm of autonomous drones has been chewing its way across an alien landscape with perfect precision, 3D-printing a human city in its wake. 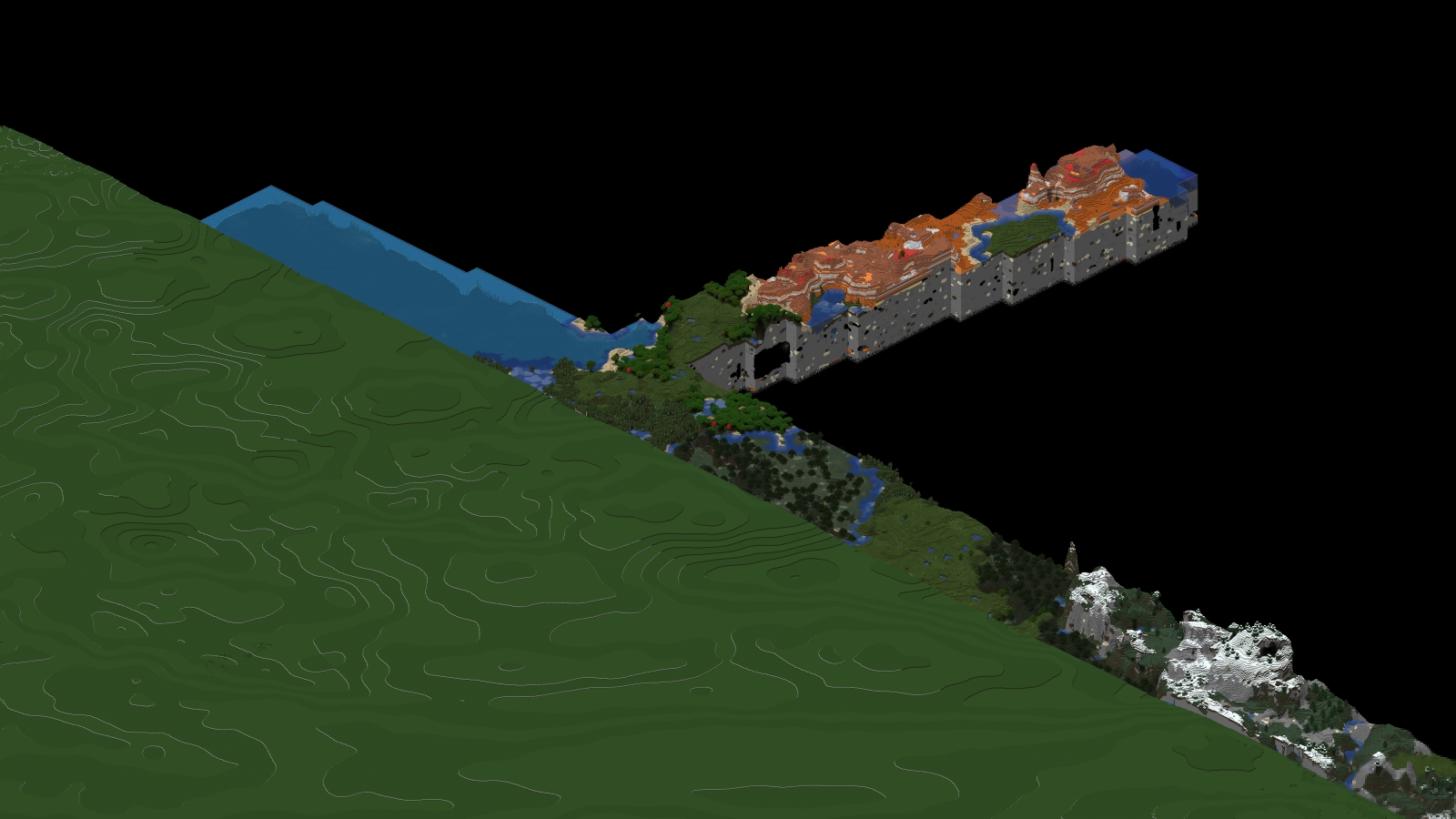 Of course, Greenfield has had its crises, NJDaeger told Reddit, where despite multiple safety measures, the city has gotten borked. "We've had one incident where all our methods of backups [..] failed, which happened last year," he explained. "Someone accidentally removed all oak logs on about 70% of the city." And who was the culprit of this wanton destruction? "It was one of our admins. He was using his laptop and was teleporting around the map doing some stuff for our train system, and he accidentally set one of his positions to one end of the map and the other was on the other end. He thought he was editing a small area and in fact, it was a monstrously large area... that took some teamwork to fix, lmao."

Still, with daily backups, coreprotect, and offsite backups taken every few days, the city seems as safe as it can be. Even so, to my knowledge, Greenfield has yet to face the Minecraft server equivalent of Godzilla: a dad who's angry because you overslept.