If you click on a link and make a purchase we may receive a small commission. Read our editorial policy.
Can’t Stop Playing is our monthly celebration of a game we're loving. This time we have opened our hearts to the Force. Yep, it's the wall running, laser-swording, almost Sekiro-y antics of Star Wars Jedi: Fallen Order. Watch out for more articles on it throughout the month.

Writing guides about a game usually means playing a rather disgusting number of hours of said game every day, until the sight of it compels you to dry-heave over a keyboard whose WASD keys have long since worn away. I remember, for example, a point where I realised that Star Wars Jedi: Fallen Order had been out for 100 hours, and I'd spent 60 of those hours playing it. That was taking it a bit far even for me.

I was fully expecting the dry-heaves to begin at any moment. But they never came. I continued to slide down the slides, to climb up the climbs, to beat up the local fauna with the power of ancient religion on my side. And somehow, despite all the bugs and flaws the game was throwing at me, I remained steadfast in my enjoyment of it. How did I do it? Well, I'd like to explore that with you awhile, if that's alright.

What follows is a selection of tips - a guide, if you will - on how to continue enjoying Star Wars Jedi: Fallen Order during those moments where it feels like the game is doing everything it can to be an active threat to your happiness in life.

1. How to stomach Greez even after his hundredth "Grab some seat, kid" 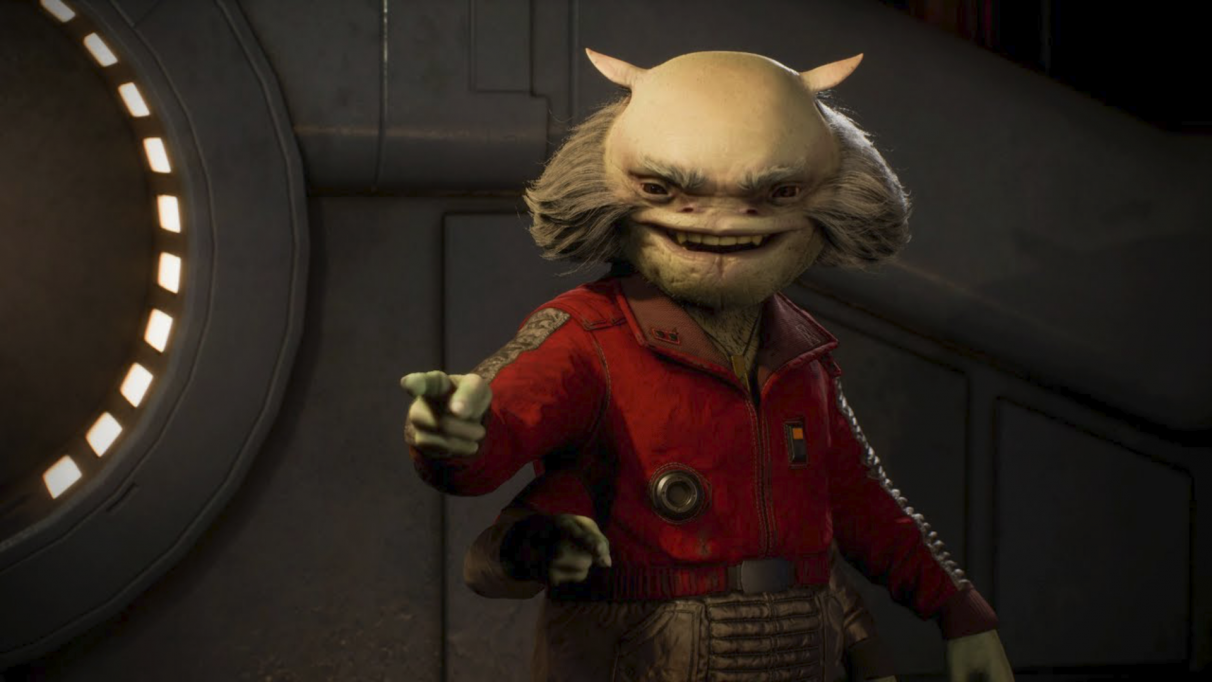 Greez is a piece of shit, intee? First he watches me while I sleep and calls me a freak. Then he does the unthinkable, and tries to slap BD-1 - our dear lovable robit - off his ship the moment he first comes aboard. Not to mention all that trouble with the Haxion Brood.

But we all know the real reason why Greez is a piece of shit. We've all heard it dozens of times by now. "Grab some seat, kid." "Alright, sit down kid, we're here." "We're about to drop out of hyperspace, sit down!"

The worst part is that we have to wait for it. We can't sit down in preparation for landing. We have to just stand by the seat like a plonker, and wait for the mighty Greez to say the magic words. So: how do we stop this little piece of shit from ruining the entire game?

I'll tell you how. By never, ever picking up a single terrarium seed for him, that's how. He might wound you with every "grab some seat" that comes out of his mouth, but you'll wound him right back every time you stand right next to a new seed that would be absolutely perfect for Greez's terrarium, and you walk right on by without scanning it. Just imagine him howling with rage back in his ship each time. I promise, it makes you feel so much better.

2. When the going gets slow, become a speedrunner

During my time writing guides for Jedi: Fallen Order, I found myself having to start multiple new campaigns so that I could go through cleanly collecting footage of boss fights or collectibles or puzzle sequences. But in a game so reliant on lengthy unskippable cutscenes and extended running/platforming sequences, starting from scratch can be a real ballache.

The solution I found to this problem was to start watching the early speedruns that had just started to pop up on YouTube and Twitch, mere days after the game's release. I found out that you could abuse the leap forward ability to move at stupidly high speed throughout the levels. And that if you spammed jump and block in just the right way, you can leap ridiculously high into the air, allowing you to bypass whole sections of the game.

It was all rather immersion-breaking until I imagined that I was simply tapping into more of Cal's half-forgotten connection with the Force. Isn't Force Speed a thing in the Star War? Well that's what I was doing then. Prove me wrong.

3. How to channel Alec Guinness when your camera clips through walls 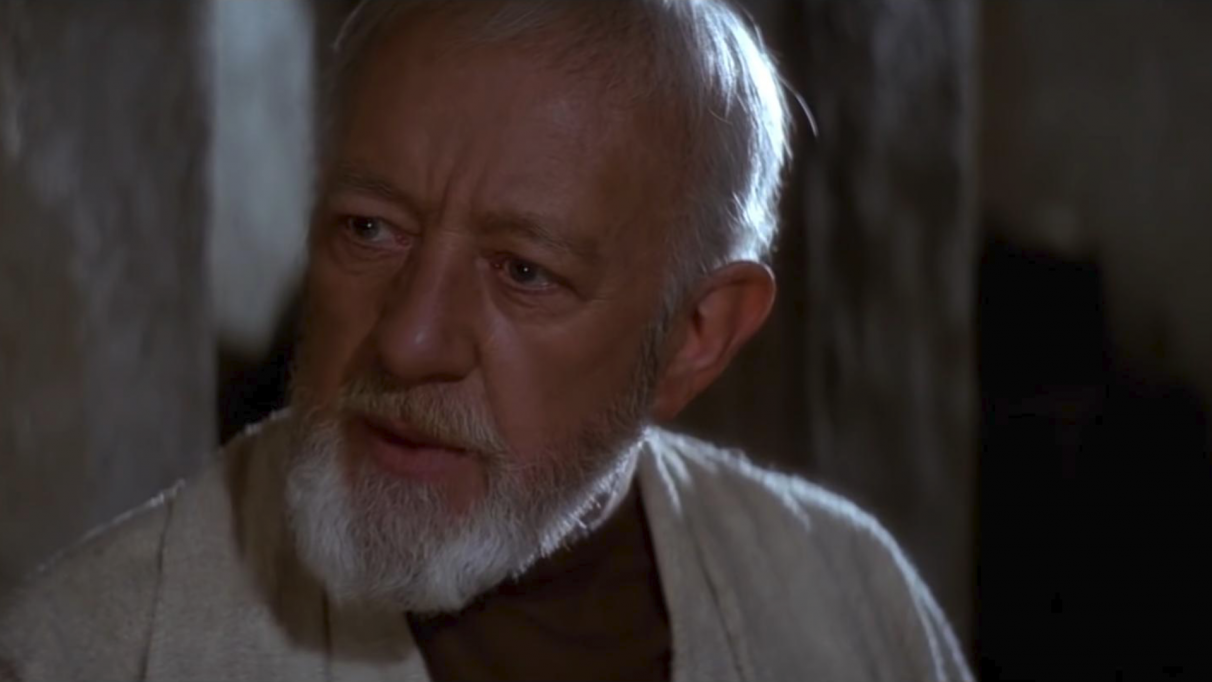 Whenever your camera swan-dives through a wall of rock and renders you completely blind while you're busy fighting a dozen Night Brothers at once, just imagine you're being trained in the Force by Jedi Master Obi Wan Kenobi.

You know, that bit in A New Hope where Luke is training against the little blaster droid ball thing? And Obi Wan gives him the helmet with the hilariously impractical blast shield down so he can't see anything? Imagine that's what's happening. Hear the words of Alec Guinness floating through your mind. "Let go of your conscious self, and act on instinct." "Your eyes can deceive you; don't trust them." "Stretch out with your feelings."

It probably won't save you, but it's hard to get angry when you're listening to Alec Guinness's voice.

4. The absence of fast travel makes you a better human being 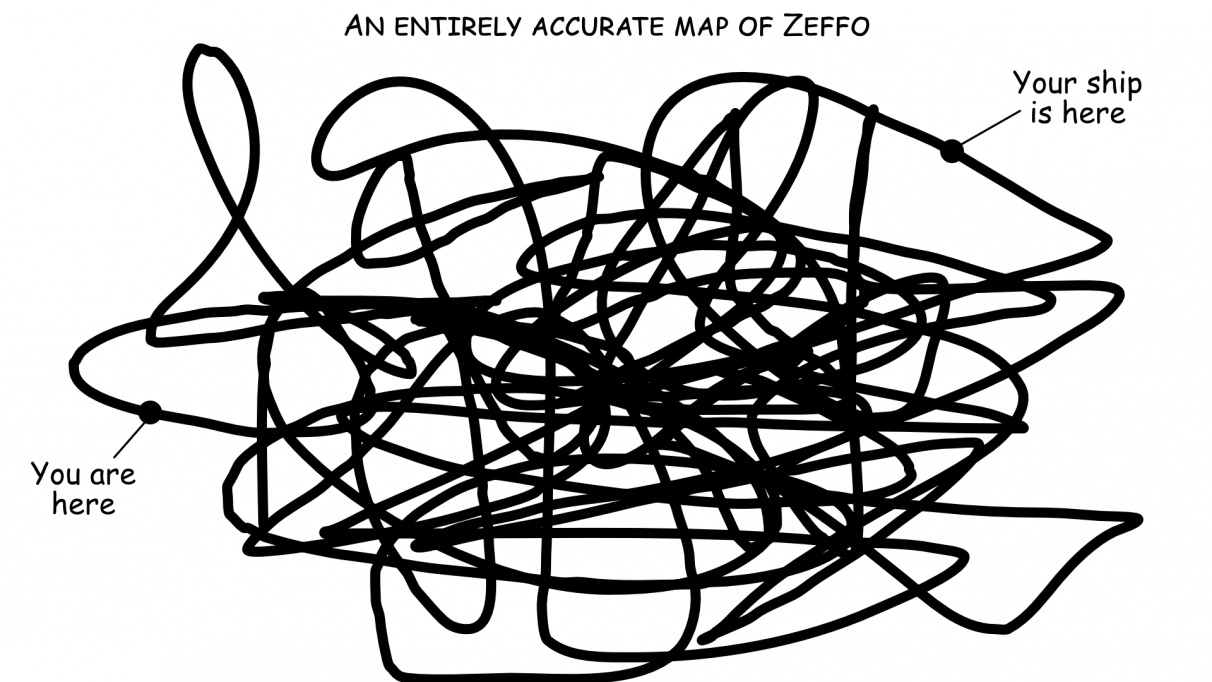 Even with the speedrunning techniques I covered in tip #2, travelling to and fro in Fallen Order can be quite the grind. Especially since the game seems to love forcing you to walk across entire labyrinthine planets to complete a task, before telling you to walk back exactly the way you came so you can head to a different labyrinthine planet to complete another task.

It's very easy during these moments to resent the game for its lack of fast travel. I certainly did at several points. But then I began to hear a voice in my head. It wasn't Alec Guinness this time, oh no. It was Brendy, telling me in no uncertain terms that fast travel is bollocks and it's the journey that matters and it gives you an appreciation of how far you've come. So, begrudgingly, I accepted that Fallen Order is just trying to make me more like Brendy - which, let's be honest, is a goal everyone should aspire towards.

5. Realising that Star Wars Jedi: Fallen Order is the only game left in the universe 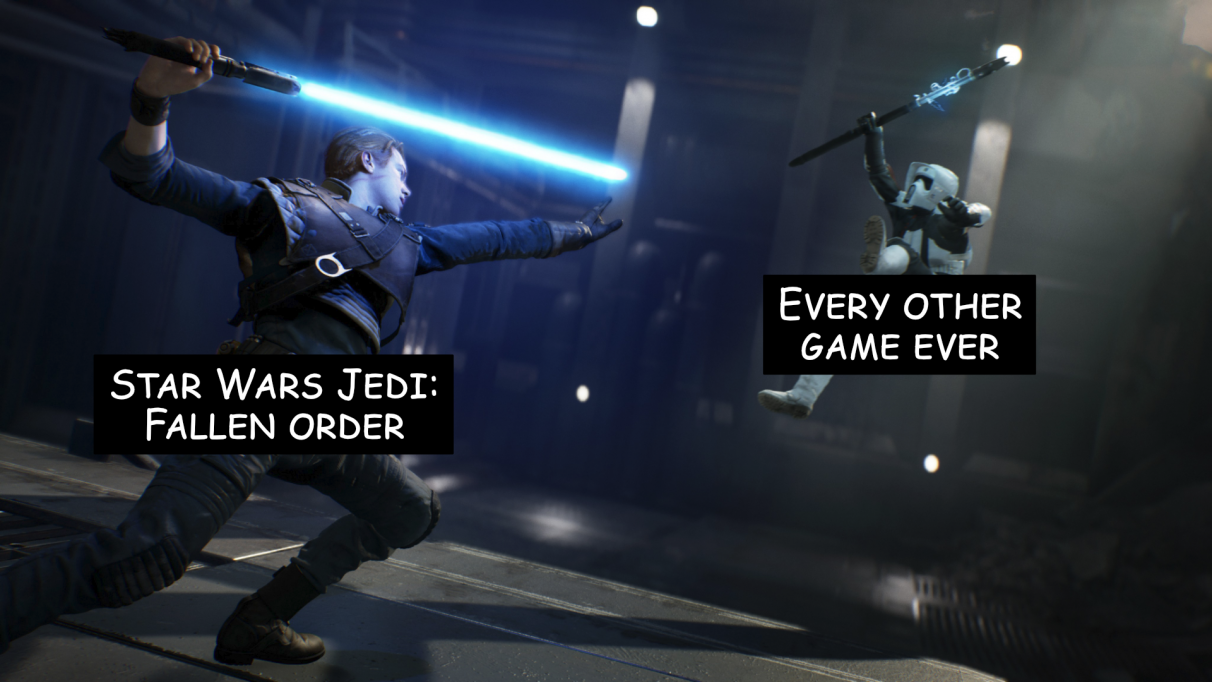 But the best strategy I've found for coping with all of Fallen Order's flaws is realising there's no alternative. You can't just not play it. It's not that simple.

I tried, I really did. I moved onto Phoenix Point and started writing guides for that instead. And let me tell you: if you think Jedi: Fallen Order is a buggy mess, don't even get me started on Phoenix Point.

But even good games, old favourites, game of the year contenders, couldn't hold a candle to Fallen Order. Because my hundred or so hours spent in the shoes of a Jedi has transformed me from someone who likes games into someone who likes lightsabers. FTL makes me long to be back onboard the Mantis. Sekiro makes me ache to hold my lightsaber once again. The Sims makes me pine for my endless array of ponchos. No matter how hard I try, I always end up crawling back to Cal and his buggy, clunky, glitch-filled journey. So I might as well enjoy it.