If you click on a link and make a purchase we may receive a small commission. Read our editorial policy.
A Panel Shaped Screen is a monthly column where Giada Zavarise explores how comics and video games inspire each other. This time she's looking at how games and comics have taken a different approach to Disney faves like Donald Duck

I played so many Disney games as a kid. It wasn’t really on purpose, it’s just that I was an avid reader of Disney comics, and sometimes they were bundled with games. Most were simple minigame compilations, parts of the Disney Hotshots series. Others were more elaborate, though they all felt nearly identical. Aladdin, The Lion King, The Jungle Book: the same impossibly hard platformer, starring a different Disney character each time. My favourite one wasn’t a movie tie-in, though. The cover featured an unusual protagonist, familiar and unknown at the same time: a Donald Duck lookalike dressed like a ninja. 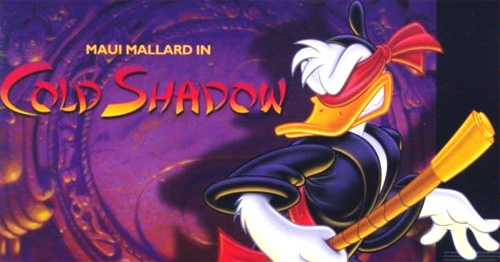 Young me didn’t care much about the real identity of that duck. Ninjas were cool, and that was all that mattered. But to Disney’s marketing department, the question was crucial. Classic Disney characters exist in a state close to sainthood. They were born as fictional people with personalities and flaws, true, their adventures and mistakes alike chronicled by comics and cartoons. But as the years passed they ascended to the heavens of public consciousness, becoming idealised (and idolised) versions of themselves.

We don’t like to think about what Donald and Mickey do in their spare time, because symbols aren’t supposed to have a life. They must exist in a state of suspended animation, always recognisable, forever tied to childhood memories, and ageless concepts like fun, laughter, happiness. Watching them change would feel like a betrayal.

In America, the protagonist of the ninja duck game is detective Maui Mallard. He looks exactly like Donald, but he isn’t him. In Europe, though, the game is known as Donald Duck In Maui Mallard. The title clearly identifies the protagonist as Donald, donning the metafictional garb of a ninja detective. It’s Donald as an actor, and the whole game is a play: the bonus levels between stages are even set in a theatre, complete with curtains and fake clouds dangling from the ceiling. 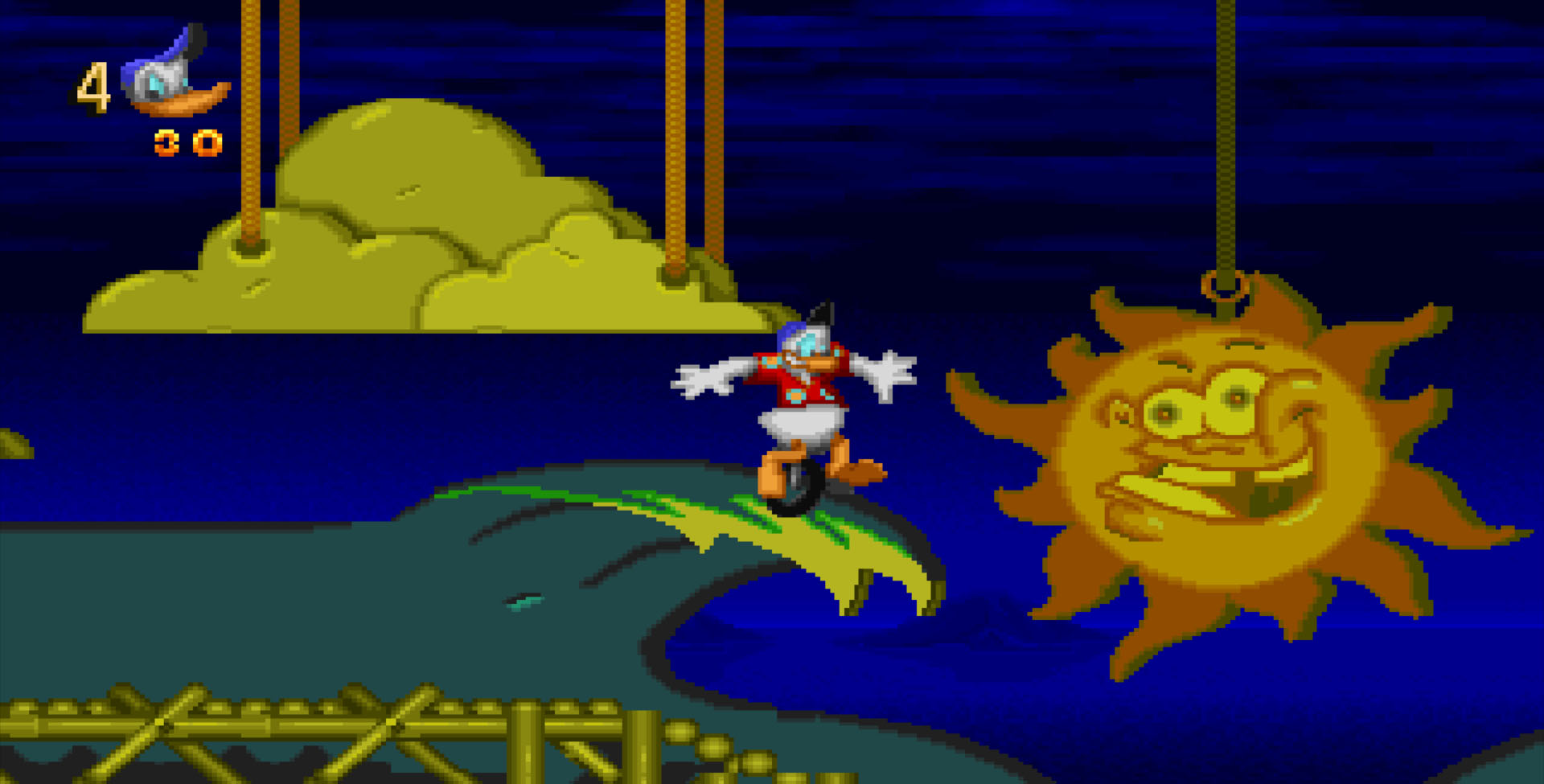 Maui Mallard was supposed to be the first game of a series, but the sequel got canned early in development. In an old interview, sound designer Patrick J. Collins shares his doubts about the confusing marketing strategy that lead to the series’ cancellation:

“Disney's marketing dept. was kind of weird sometimes. It was supposed to be Donald Duck as Maui Mallard, and after the game was ready to be shipped they suddenly started saying "Donald Duck isn't hip in the U.S. We need to change the title.” And they came up with Cold Shadow, and I was really disappointed in that. (...) And it was all the marketing dept's fault. They thought it wouldn't sell anywhere but Europe, so they didn't even really try to market it. We were all really upset.”

I’m not going to talk too much about Kingdom Hearts, since this is a PC gaming site, but hey, Kingdom Hearts also exists, in its own messy, glorious way. And it’s a game that was allowed to exist because, despite featuring many different worlds, it follows the American school of thought of treating Disney heroes as symbols instead of fully fledged characters. It’s nice to meet those familiar faces again, but they’re just there, more like set pieces in enchanted dioramas of your favourite childhood memories. Their stories have already ended. 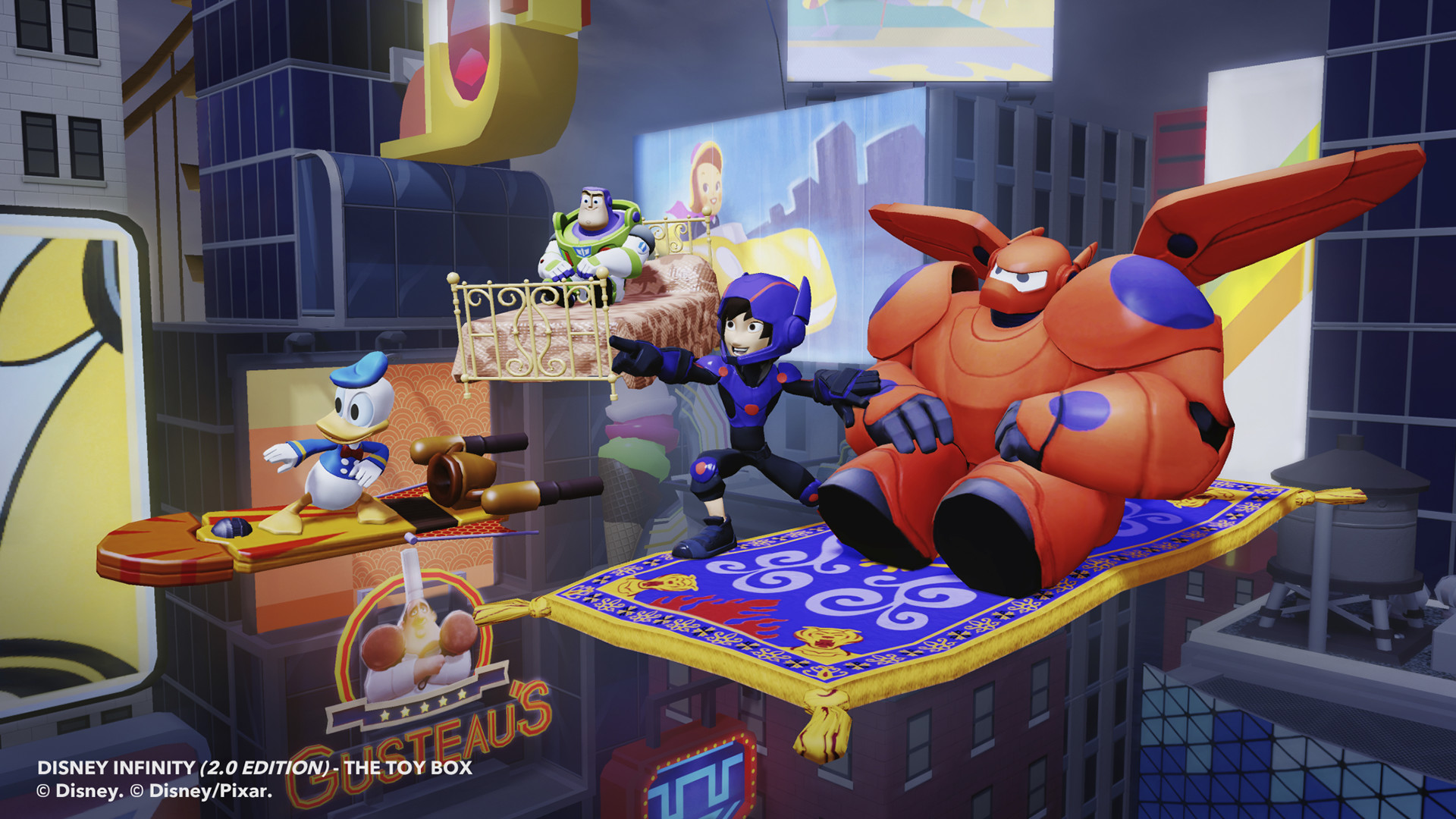 Disney Infinity, while it lasted, was the culmination of this philosophy. A game that allows you to “bring your toys to life”, and thus implies that your favourite Disney characters don’t have a life when you don’t control them. Plastic idols on a shelf.

We are used to think of Disney as a many-limbed abomination that absorbs and devours; a homogeneous blob that seeks to regurgitate its family-friendly stories all over the world. But classical Disney characters are perceived differently in Europe than in America, and this influences the way Disney games are marketed and translated. To understand this difference, we have to look at the comics.

Inducks is the world’s biggest Disney comics database, cataloguing over 130,000 different publications. Most of those stories were drawn in Europe and South America, where new material gets printed weekly. This pervasive, papery presence means Donald, Goofy and Mickey aren’t just part of a brand, they’re the smiling figures you spot at newspaper stands, greeting you from the covers of the same comics you used to read as a child. They’re old friends. They may be pop culture saints, but they aren’t quite dead yet. Donald Duck will always be a going concern. And the idea of seeing Donald dressed as a ninja doesn’t feel so sacrilegious to the European audience, because the duck played so many different roles over the years. He even had a superhero identity! 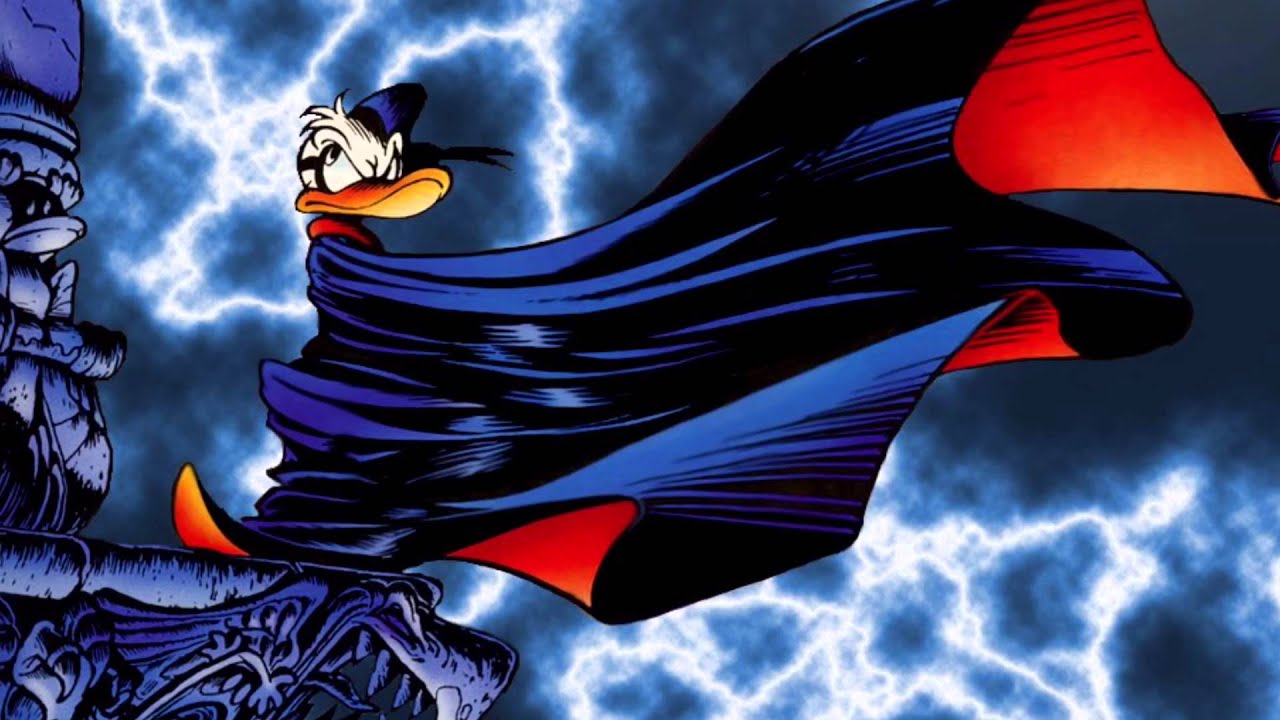 The Duck Avenger is probably the best superhero series you have never read. An Italian invention, its makers wanted to play around with Marvel-type superhero ideas mixed with a Disney character, at a time when Marvel and Disney were still separate entities. The result is a delightful mix of sci-fi themes and Disney humor, with a solid continuity and a varied cast of heroes, aliens, robots and time travellers. It was a love letter to American comics, yet featured a version of Donald Duck utterly alien to an American audience. It took more than a decade for it to get an official English release. (In the original Italian he was known as Paperinik, from Paperino, the Italian name for Donald Duck, and the superhero Diabolik.)

In Europe, Duck Avenger became a hit. And after it, more series tried to reinvent classic characters in new weird ways. We got a horror series starring Goofy as a werewolf, for example, and another about the scholastic shenanigans of Donald as a kid. European Disney had discovered the concept of Multiverse.

This chaos of legacies and contrasting expectations is an issue every game studio has to tackle when dealing with Disney. When Warren Spector started working on Epic Mickey, he had grand ideas for the game. The first leaked concepts showed a cartoon wasteland filled clockwork monsters and forgotten automatons, an open world where Mickey could wander without limits, free to help fellow Disney characters or to be a jerk. Basically Fable, but starring Mickey Mouse — complete with a deep alignment system. 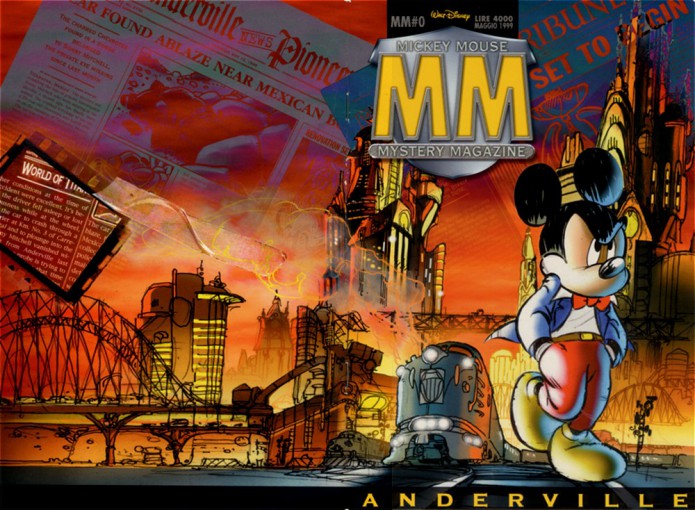 The Epic Mickey we got is a much gentler game. Playtesters reacted negatively to the prototypes, and the darker elements got toned down. A part of me wonders what European playtesters would have thought of the game, and if the outcome would have been different.

Epic Mickey also has comic tie-ins. Two of the artists involved, Paolo Mottura and Claudio Sciarrone, also worked on a peculiar project: the Mickey Mouse Mystery Magazine, a short-lived noir series that reimagines Mickey as a hardboiled detective. In the story, Mickey carries a gun. He solves crimes, fights thugs and struggles against a corrupt justice system.

At the end of each issue, the camera zooms off. The words ‘the end’ appear and the real Mickey Mouse walks out of a movie theater, distancing himself from a fictional version of Mickey displayed on a fictional screen.

The series never got an English translation. I doubt it ever will.