If you're in search of a new gaming monitor and have been contemplating the move up to 4K, then does your deals herald have a deal for you. The excellent Acer Nitro XV273K is currently £150 off as part of Acer's Winter UK sale right now, taking its normal price of £900 down to a more palatable £750. It's not just monitors that are on sale, either. There are loads of Acer laptop deals to be had as well, including £200 off Acer's Predator Triton 500 laptop and Helios 300 laptop. Of course, I'd normally save this sort of stuff for my end of the week round-up, but there's only one day left in Acer's Winter sale, so you'll need to act fast if you want to pick them up.

Starting with our best gaming monitor champ, the Nitro XV273K, this 3840x2160, 144Hz, IPS display is really quite special. It's a FreeSync monitor at heart, but it's also been certified by Nvidia as one of their official G-Sync Compatible displays, meaning its variable refresh rate tech for smooth, tear-free gaming will play nicely with AMD and Nvidia graphics cards alike. Its colour accuracy is also absolutely superb, and it can even do a bit of HDR (albeit only up to VESA's DisplayHDR 400 standard). Here's what I had to say about it when I reviewed it last year:

"It's pretty much the perfect gaming monitor for anyone who’s been hankering after an Nvidia G-Sync Ultimate display but doesn’t want to spend an absolute fortune on it. The XV273K’s colour accuracy is just as good as the Acer Predator X27 and Asus ROG Swift PG27UQ, it’s got exactly the same refresh rate and resolution, and its variable refresh rate tech has the added bonus of being compatible with both AMD and Nvidia graphics cards. The only thing it’s really lacking is that eye-popping HDR."

To get the Nitro XV273K deal, all you need to do is head to the Acer Store and use the promo code WINTER150 at checkout to get your £150 off.

If it's a cheap 4K monitor you want, though, then how about £50 off the Predator XB281HK? This 28in monitor has a 3840x2160 resolution and Nvidia G-Sync support, but only has a 60Hz refresh rate and a TN panel. Still, as the 4K big brother of our best gaming monitor-grade Predator XB241H, I'm confident its colour accuracy will be just as good as its 24in sibling. Just use the promo code WINTER50 to claim your £50 at checkout. 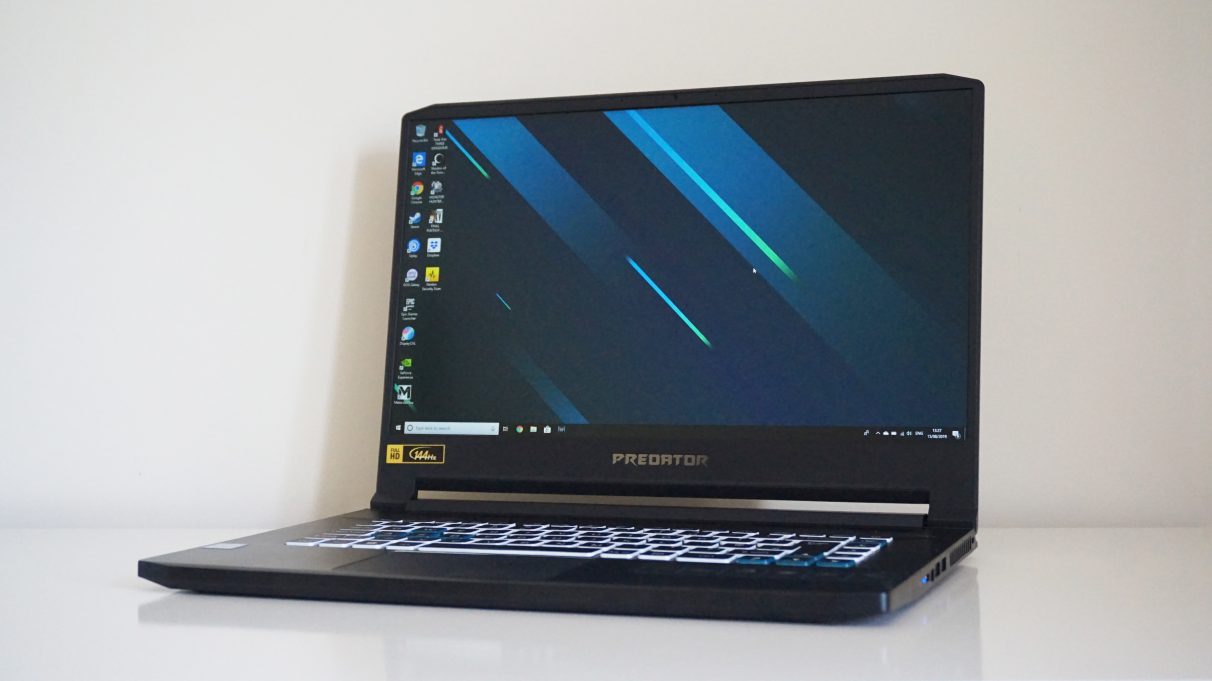 Finally, I have a couple of laptop deals for you. First up is £200 off the RTX 2080-powered model of Acer's Predator Triton 500 laptop, which was one of my favourite gaming laptops of last year. Just use the promo code WINTER200 at checkout to claim your discount.

When I reviewed the RTX 2070 version, I concluded that its "quieter fans, slimmer chassis and superior keyboard [were] well worth the extra expense" over other similarly-priced laptops:

"All in all, the Acer Predator Triton 500 is one of the most impressive gaming laptops I’ve seen in quite some time. It’s powerful without being horribly noisy, and it’s comfy, light and practical enough for general desktop tasks when I actually need to get on and do some work on it."