The first expansion for sci-fi strategy game Age Of Wonders: Planetfall will begin to resurrect an ancient dynasty of technocorpses keen to reclaim their territory and secrets, Paradox announced today at PDXCON. Revelations is its name, and launching in November is its game. The Es'Teq dynasty will stir with the help of their Heritor descendents in new campaign missions, and folks will get play with secret Heritor tech which sounds a whole lot like death magic to me. Also, giant bog-eyed pigs drooling green slime are involved, because reasons. Meet the technofogies in the announcement trailer below.

That did cause me to briefly forget where exactly Planetfall sits on the divide between fantasy and sci-fi, magic and technology. Same diff, as Vince Clarke of Yazoo once said. I particularly like the look of the Eater of the Dead in there, basically just a giant robotic mouth and flapping tongue with limbs aplenty to roam a battlefield shovelling in corpses.

Along with two new campaigns telling tales of the Es'teq and Heritor, the expansion will add their Secret Tech to play with, along with an NPC faction of Heritor outcasts, plus a load of robotic Reapers trying to murder everyone, and other related wrinkles. And the goopigs? Those are rabid roaming bio-engineered critters from back in the day. Thanks, science. 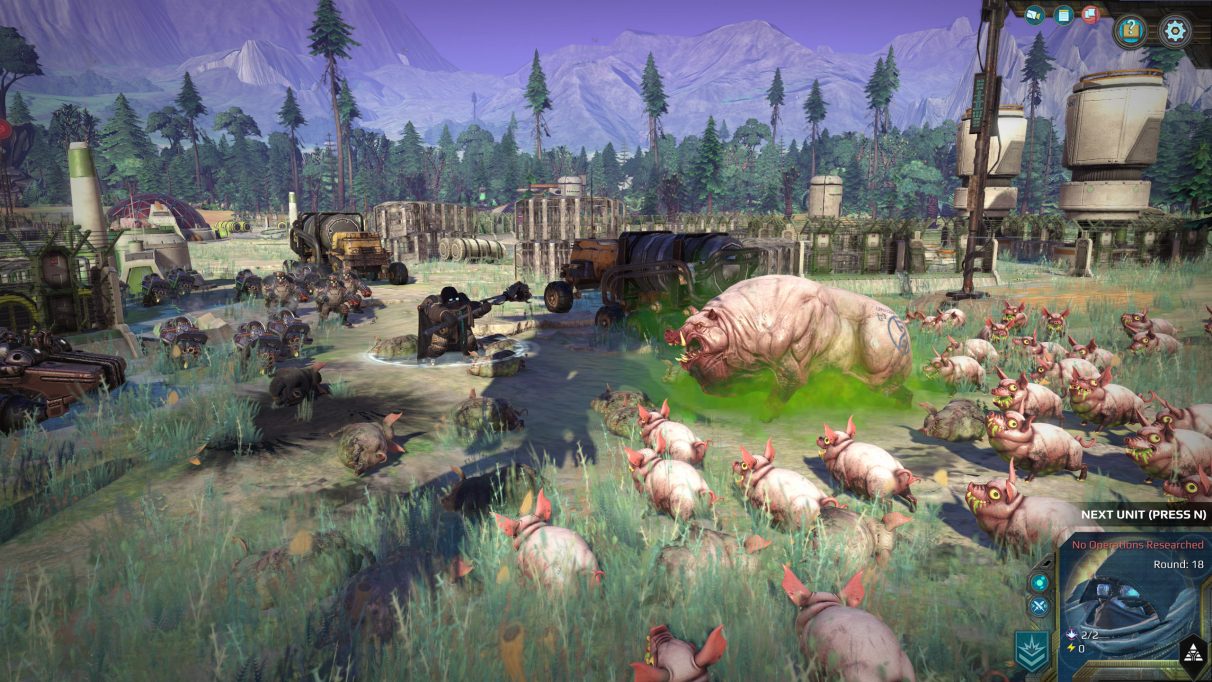 I've only just realised that "Es'teq" is probably meant to sound like "Aztec". Yep, okay.

Our boy Nate almost bounced off Planetfall at first, saying in his Age Of Wonders: Planetfall review it makes a generic first impression, but he was won over:

"With Age Of Wonders: Planetfall (and I'm using its full name to underline the fact that its title doesn't do any favours in dispelling the 'generic SF' vibe), I found the opposite – a glimmering space crystal, including some great story elements, buried under a patina of lowest-common-denominator grime. A lovely bone, full of marrow, specially formulated for growing ogres. Don’t make the mistake I nearly made and disregard it: if you enjoy the tactical and strategic game styles it draws from, you'll find a game that doesn't go out of its way to innovate on either front, but one that performs a bloody lovely duet.

"And there's giant women on laser dinosaurs. Go on: have a look."

Not that I don't trust Nate but I did check and yes, there really are. I might need to go on and have a look. 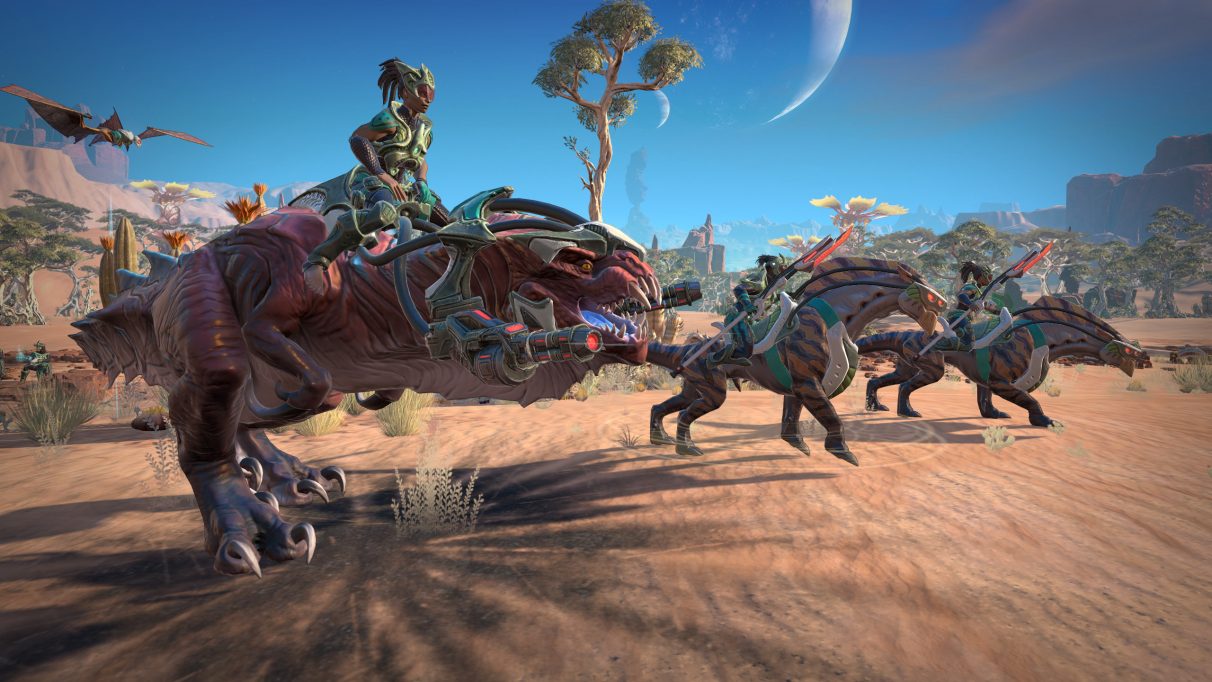