Graphics card prices have been up in the clouds so long that the idea of them ever falling back down to something that doesn't make us weep with despair seems almost as fanciful as the idea of earning more than six pence from the dreaded ongoing crypto-mining craze. They will, of course, come down at some point, but that's of little comfort to us in the here and now, especially if you're in need of a new PC.

But let me ask you a question. Do you really need a fancy new graphics card? Because if money's tight and you're willing to put up with a few compromises, the AMD Ryzen 5 2400G could be just what you're looking for.

Much like its sibling, the AMD Ryzen 3 2200G, the quad-core Ryzen 5 2400G comes with built-in Radeon Vega graphics. If you've heard that name before, it's because it's the same name given to AMD's top-end, dedicated 4K-busting graphics cards, the Radeon RX Vega 64 and Radeon RX Vega 56.

The Ryzen 5 2400G isn't anywhere near capable of playing games in 4K, mind, but with the right amount of settings fiddling, it's both a highly capable CPU and a 1080p gaming machine all in one neat, tiny package. It doesn't even cost that much, either, as you're looking at spending just £130 / $160.

That's a helluva lot cheaper than buying a separate CPU and accompanying graphics card, even if you're only looking at the comparatively inexpensive Nvidia GeForce GTX 1050Ti, which is currently our best graphics card recommendation for near-perfect 1080p gaming and can be found for as little as £155 / $210. 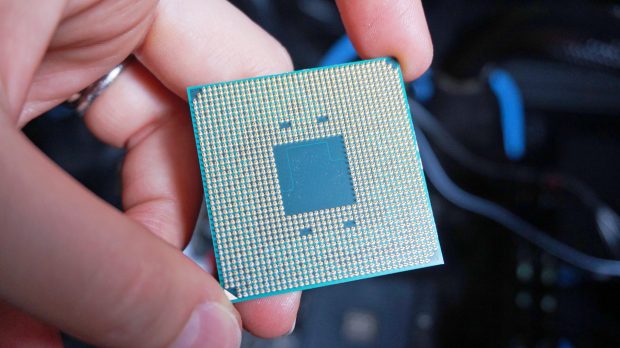 The Ryzen 5 2400G also works with all existing AM4 motherboards, too, so existing Ryzen owners won't need to fork out for a new board in order to get it working, and it also comes with its own cooler, the AMD Wraith Stealth, in the box along with a layer of pre-applied thermal paste, allowing you to get up and running practically straight away.

Is the Ryzen 5 2400G worth considering over the even cheaper Ryzen 3 2200G, though? Let's take a look at their respective specs first. While both chips come with four CPU cores, the Ryzen 5 2400G has a slightly higher base clock speed of 3.6GHz, with a max boost clock speed of 3.9GHz, compared to the 2200G's 3.5GHz base and 3.7GHz boost. The 2400G also has a total of 11 GPU cores over the 2200G's eight, making it the better-performing chip overall.

On paper, at least, as putting the 2400G through Geekbench 4's CPU benchmark suite with the same test system I used with the 2200G (16GB of G.Skill Flare X DDR4 RAM and a Gigabyte GA-AB350N Gaming Wi-Fi motherboard) actually saw it perform slightly worse than its cheaper sibling. In Geekbench's single core test, the 2400G returned a score of just 3509, while the multicore test saw it finish with a score of 10889.

This doesn't look great compared to the respective numbers of 4016 and 11428 I got with the 2200G yesterday, but a quick look at the rest of Geekbench 4's charts show this may be a bit of an anomaly (despite me running each test multiple times to check if something was amiss). Generally, AMD say the Ryzen 5 2400G is designed to replace their current Ryzen 5 1400 CPU, which my benchmark scores would certainly back up. On the whole, however, I've seen plenty of Geekbench scores in the mid-4000s and 13000s for the 2400G, which would suggest it may actually be closer to, if not slightly better than the Ryzen 5 1600X, making it a better rival for Intel's similarly-priced Core i5-7500, or £100 Core i3-8100. 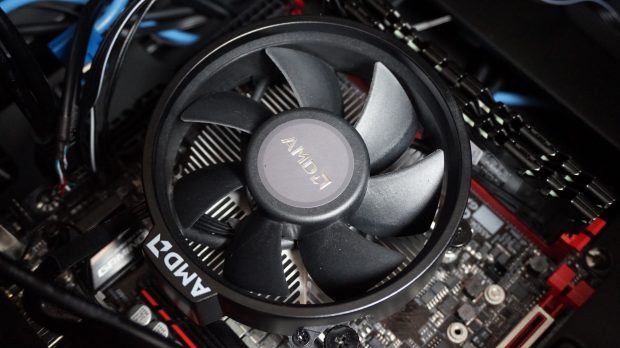 Numbers aside, I certainly didn't have any complaints about the 2400G's speed and responsiveness in daily use. After all, what I'm really concerned about here is its integrated Vega graphics, which definitely give it a noticeable edge over its cheaper sibling. Said edge wasn't enormous, all told, but sometimes it's the tiny improvements that can be the most significant.

Wolfenstein II was by far the best-performing game on the 2200G, for example, but here I was able to comfortably blitz through its Nazi hordes on High at 1920x1080 rather than settling for Medium. It was just on the playable edge of 30fps, mind, but that's pretty damn impressive for an integrated GPU.

The same goes for The Witcher III. You'll have to make do with Low graphics quality here to get anything remotely playable at 1080p, but whereas the 2200G was definitely on the wrong side of 30fps at this resolution, the 2400G put in a far more convincing performance, often settling around the 30-35fps mark and only occasionally dipping to 28/29fps when tearing through griffin carcasses. I also got a far more stable 40fps at 1600x900 on Low, compared to the 2200G's 35-40fps average at this resolution, but its 720p performance was much the same, hitting a full 60fps on Low and around 40-50fps on Medium.

Doom, likewise, lurched from being positively unplayable on the 2200G on Low at 1080p (or even 720p, for that matter) to just-about-doable on the 2400G, albeit with some stomach-churning slow-downs and stutters every time I bashed in an imp's eyeballs during a finisher - hence the lurching.

Things settled down once I'd turned off everything in Doom's settings' Video tab, but even then you're only looking at around 30fps, which is still a little sluggish in my books when Hell Knights are descending on you from all angles. I had better luck on Low at 1600x900, which saw my Doom Guy breeze through the UAC at a steady 45-50fps with significantly fewer skull crunching-induced camera jerks. However, its general performance was so choppy elsewhere that I still wouldn't really recommend it as a viable gaming option. The 2400G definitely fared better than the 2200G, though, which should put it in better stead for tackling other challenging 3D games.

Then again, not all games produced such a noticeable gain in frame rate. Hitman, for instance, arguably ran a bit worse on the 2400G, as the frequent stutters that plagued my Doom playthroughs reared their ugly heads again here as well to drag down its overall average frame rate. On Low at 1080p, for instance, the 2400G only managed an average of 38fps as opposed to the 2200G's far more stable 40fps, and even Low at 720p was still a few frames behind its less powerful sibling, reaching an average of 57fps rather than the full 60fps.

I'm not convinced you'll see much improvement in older games, either. Skyrim for instance, was much the same on the 2400G as the 2200G, offering 60fps on both High at 1080p and Low at 1440p. Indeed, the highest I could push it on the 2400G was Medium at 1440p, which saw my Dragonborn romp her way across its grey, wintry fields at a steady 35-40fps, but that's more or less your lot.

Not that that lot is anything to sniff at, of course. For an integrated GPU, that's positively outstanding. It's just a question of whether it's worth the extra £45 / $55 over the £84 / $105 Ryzen 3 2200G. On balance, it probably is worth it, if only in the name of future-proofing and not losing out on that all-important third Witcher III playthrough while you wait for proper graphics card prices to come down. The Ryzen 3 2200G is arguably better value for money overall, especially if you're looking to keep costs down as much as possible on your next build, but for those after a more assured integrated graphics experience, the Ryzen 5 2400G is the clear winner.