It's no secret that the video games industry is plagued with workplace issues from abusive culture and long hours of 'crunch' to cyclical layoffs even at huge -- and hugely profitable -- companies. Interest has been growing in unionisation to help shift the balance of power in the industry and start changing it for the better, and today the movement got a fair boost. The Communications Workers of America (CWA), an American trade union boasting 700,000 members, today launched a new campaign aimed at the the video games industry. With their experience and resources, they hope to help American attempts at unionisation.

"Companies in the technology and game industries have gotten away with avoiding accountability for far too long," CWA president Chris Shelton said in today's announcement. "Workers in these industries are exposing the reality behind the rhetoric. This initiative will help tech and game workers reach the next level in their efforts to exercise their right to join together and demand change."

Game Workers Unite is a group which formed in 2018 out of a sudden explosive interest in unionisation, and has since continued to connect people, organise, and agitate. Among their many fine efforts, they're the mob who made those zines with the amazing covers and I can't help but include one here because I laugh every time I think about it: 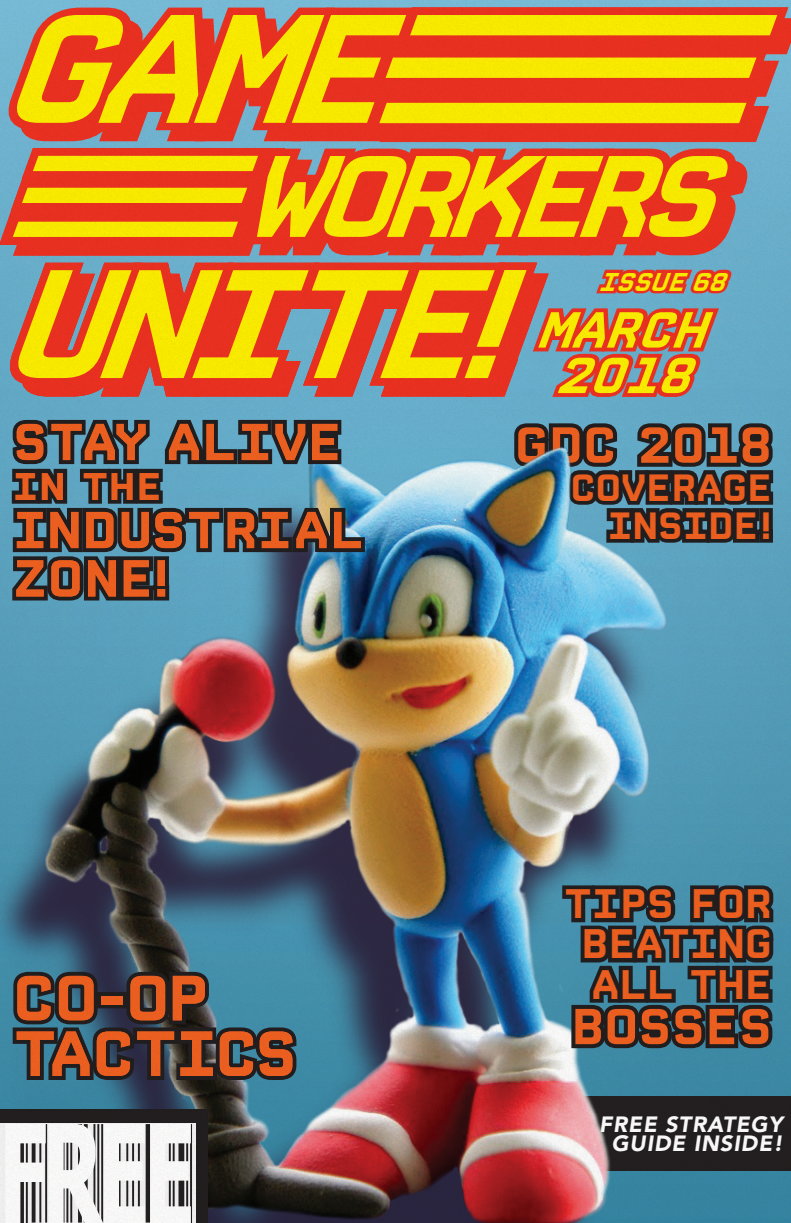 The industry isn't devoid of unions, mind. They exist in several countries, such as France's STJV and the Game Workers Unite UK branch which formed a union. The most high-profile union success in games has come for voice actors in SAG-AFTRA, who went on strike against several large companies for 11 months to secure fairer pay and healthier working conditions. Other forms of collective action have taken off too, with some employees at Riot Games and Blizzard staging walkouts and demonstrations to protest company decisions last year.

CWA lead organiser Tom Smith told the Los Angeles Times that they're here to support unionisation in whichever way people want. CWA tends to focus on unionising whole companies, though Smith says this could be divided by crafts if desired. Kinema told the Times she thinks united is the way to go.

"We believe workers are strongest when they're together in one shop in one union, so the disciplines can't be pitted against each other—none of that's good for the workers," Kinema said. "I think in games and tech the wall-to-wall industrial model is the best fit."

For more on the importance of unionisation, see what our former Adam had to say in 2018 when he attended a discussion with a large Game Workers Unite presence and reported back: The game industry needs to change and it begins now." Our vidbud Astrid looked into unionisation back before she properly joined RPS too.