A while back I was saying that so many horror games these days are about either babies or Catholicism (and obviously there is some crossover there), and Alice0 pointed out that actually they were mostly about a Protestant's idea of Catholicism. This was obviously very correct - as are most things Alice0 says - and we had a short discussion about this and about how it would be nice to have different themes come up more often.

So anyway, Amnesia: Rebirth is a first-person horror adventure game, the third in Frictional Games' Amnesia series, and it is about babies. I mean, not entirely about babies. But at any time you can press X to check on your pregnant tummy, caressing it with your two hands and talking to the babe within. This will reduce your fear (both inside and outside the game, because every time I did it it made me laugh a bit). Baby anxiety and so on is at the game's core, is what I'm saying.

It is perhaps mean of me to lead with 'press X to bond with in-utero babe', because that is the only thing in the game I would describe as actively a bit silly, and it's not really Frictional's fault that [press button to perform complex emotional action] is a meme. But it is. Around that, though, is an accomplished horror game that throws more creepy and interesting things at you than yer standard jumpscare fare, as you'd expect from Frictional Games. Just not, perhaps, as many interesting things as you'd expect from Frictional Games.

The year is 1937, and the desperate pregnant woman you play as is Tasi Trianon, and she wakes up in a crashed plane in the Algerian desert with no memory of her immediate past or where her husband is. Mondays, right? Tasi was part of a larger expedition that was planning to explore some ruins in the area, so the order of the day is to find everyone else, which gradually morphs into escaping with yours and your babby's lives intact. 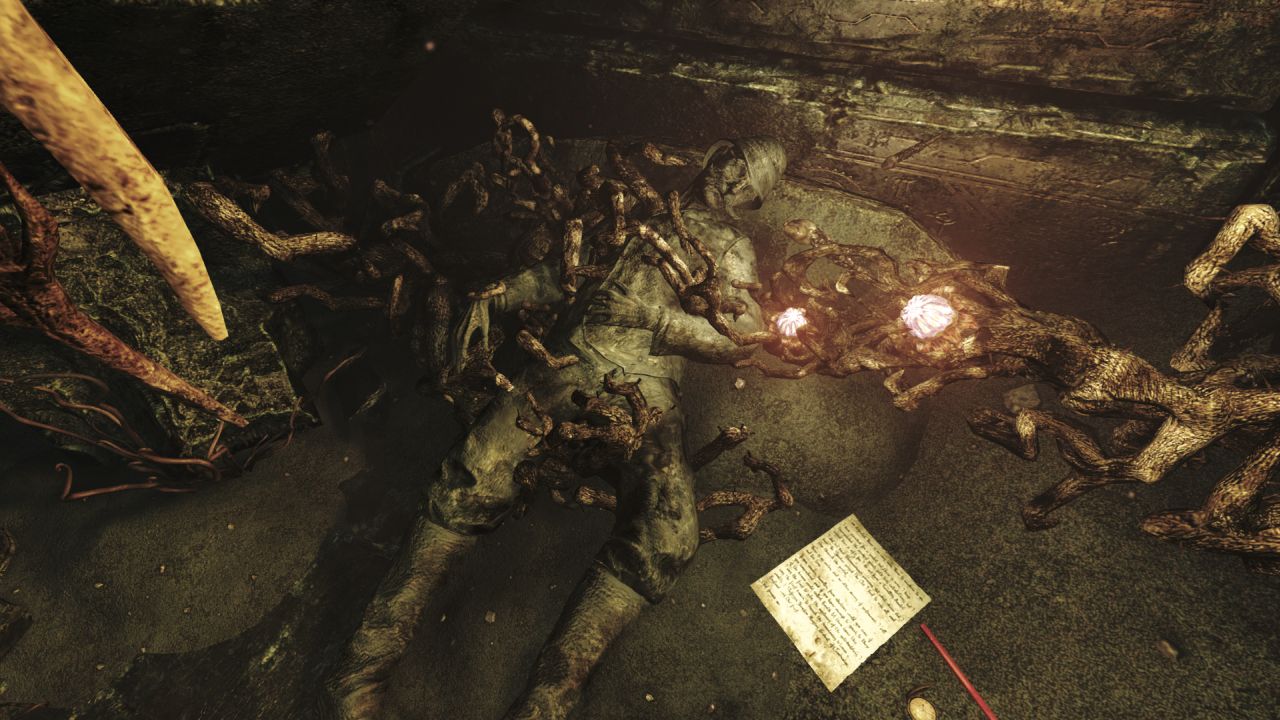 The increasingly harrowing journey takes you through environments much more varied than I was braced to expect. There are deep, dark caves and claustrophobic tunnels full of grim bits of jawbone, but there are also stretches of bright desert and corridors with golden hour sunlight streaming in. There are strange glowing ziggurats and Roman ruins.

The variety, coupled with the other-wordly layering of these environments, is probably my favourite thing about Amnesia: Rebirth. It's testament to Frictional's skills as horror designers that they can make you feel afraid in bright sunshine, and it feels a bit like they're showing off: I can scare you in a plane, I can scare you on a train (of obscure futuristic design). They've earned the right, because the different ways they link all their areas together, thematically and literally, make it probably the best environment design they've ever done. 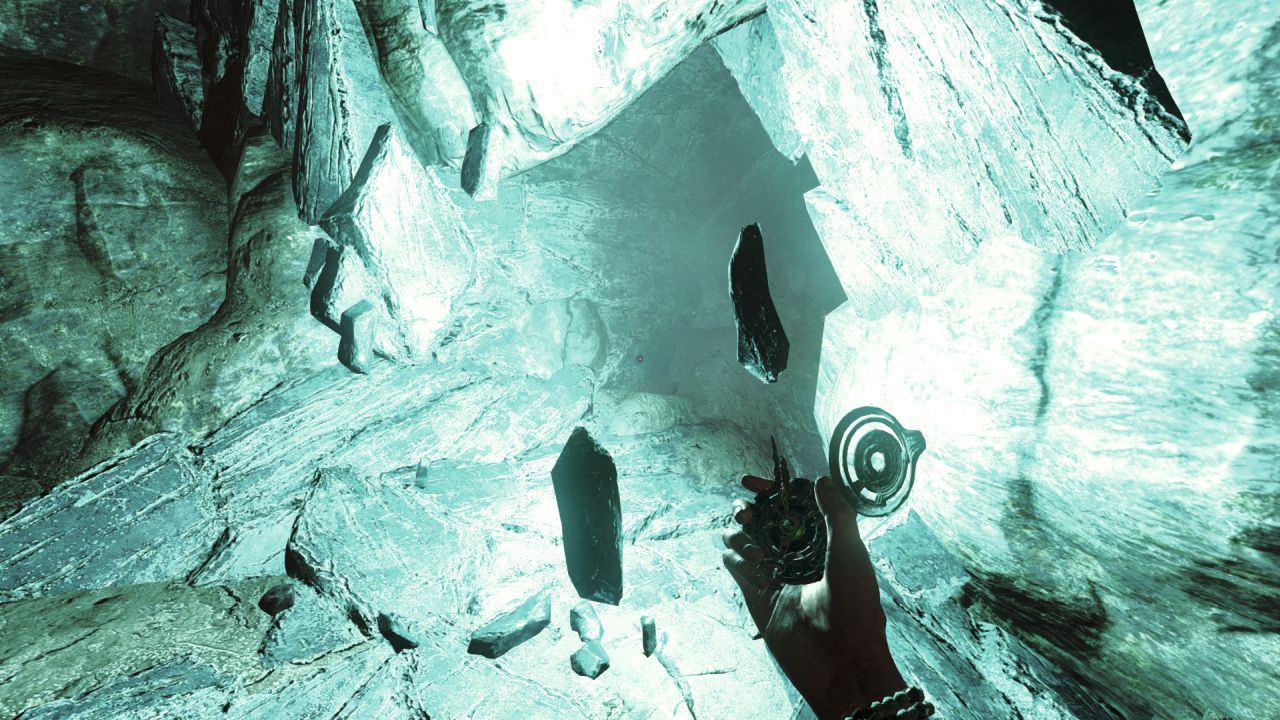 Plus it means they can start the game with a Hint about how you should stay out of the hot sun and keep to the shade, which is a pretty good joke for an Amnesia game. Like the other Amnesia games, darkness and light are very important. Tasi becomes afraid in darkness, and this will introduce more creepy scuttling sounds and flashes of horrible hallucinations. You can find matches and lamp oil by rifling through pots and drawers, but they're a finite resource - though if you're nosy, not an unplentiful one. I think I only ran out a couple of times.

Sections of deep darkness are contrasted by areas of rest with some complex, but logical and satisfying, puzzles. Often they involve physical interaction with the world, in a way that feels very weighty and significant. Tasi has to push and pull lids and barrels and sandbags, and I kept thinking "Goodness! In her condition!". 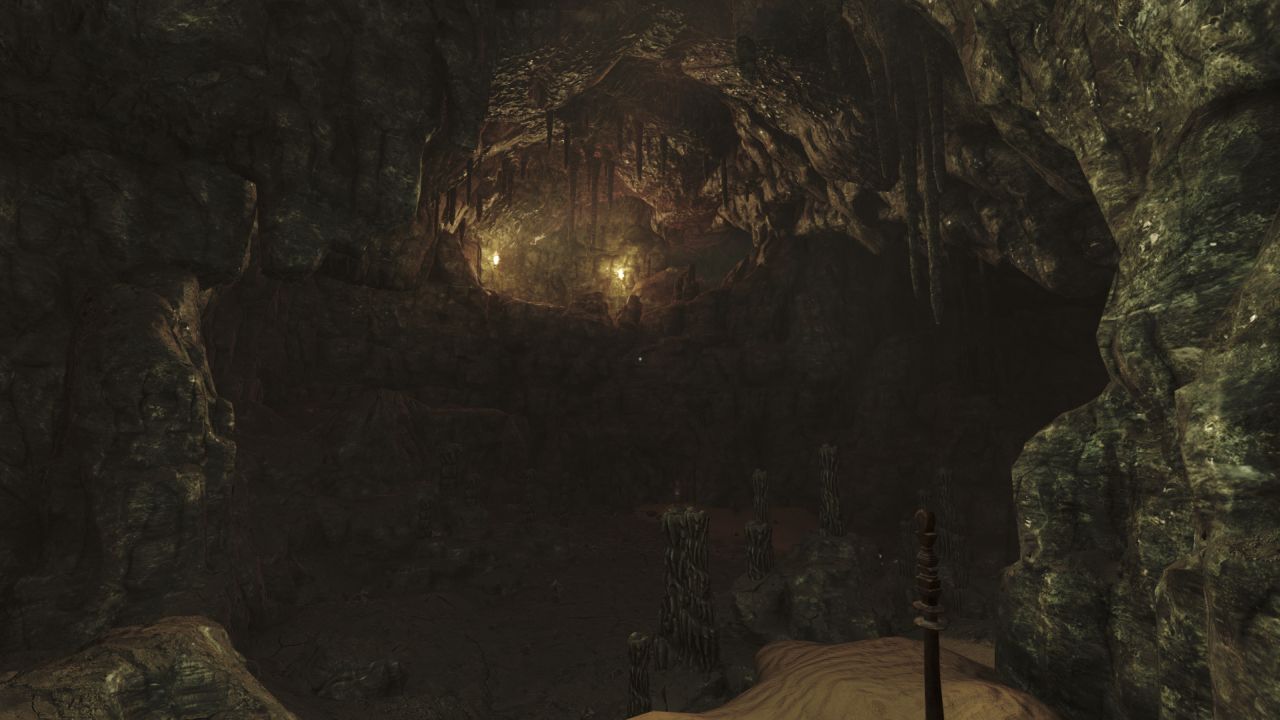 Other puzzles are carefully choreographed to ratchet up your fear. At one point I had to gather the ingredients to craft a janky explosive shell, which meant creeping back into a grim building I had just escaped, and knew had an angry horror Gollum in it. It was very tense, and evidence that Frictional have a great understanding of the rhythm of good horror.

But there are some sections that feel a little out of joint. There are some tools you get given early on, that change the way you think about the map and how to traverse it, that then disappear entirely for huge stretches of the game. A couple of traditional hide-from-horrible-monsters sections feel like modules that could be slotted in anywhere.

These issues are wrapped up in how the story progresses. At times, Rebirth feels like two different games. One is a about a scared, tired pregnant woman pushing herself through desperation to escape from some The Descent-esque caves and buildings full of people-eating ghouls. The other is a sequel to a very popular horror game that's expanding on and wrapping up some complex backstory to do with different dimensions, torture, fear, pain and sentient fleshblobs. 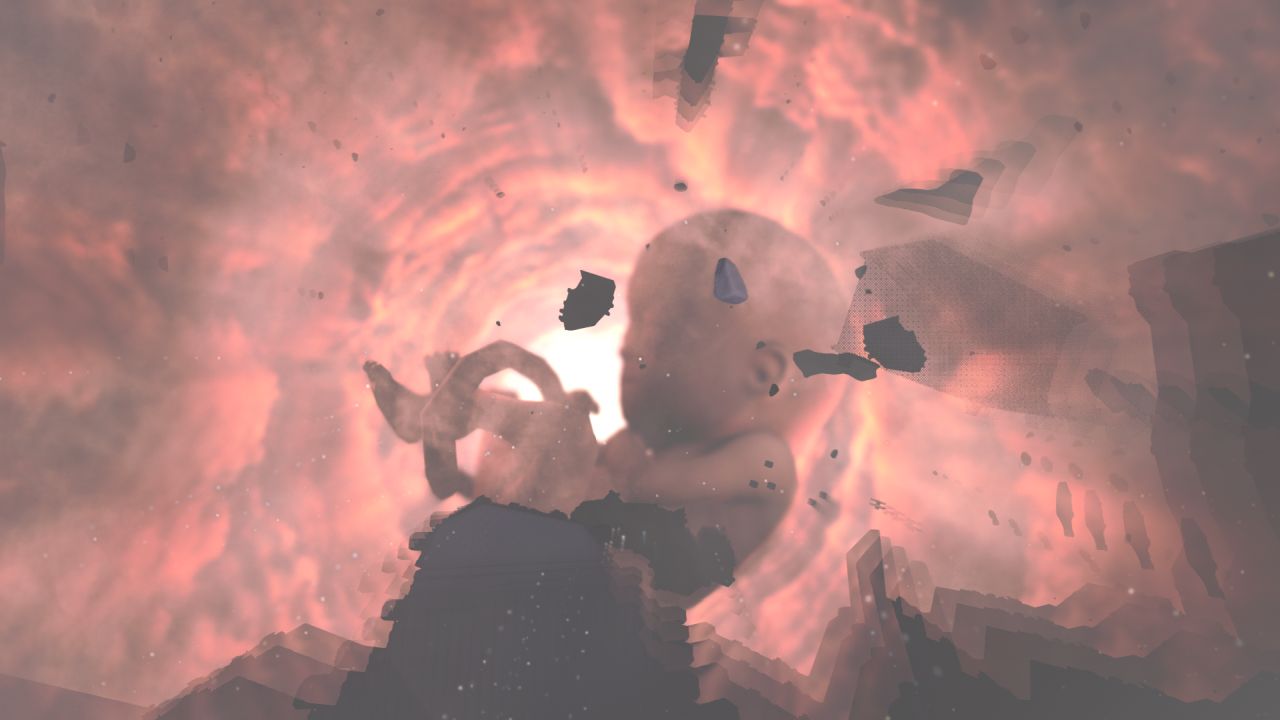 It's testament to the developers that these two threads weave together at all successfully (and in a way that won't alienate anyone who never played the original Amnesia), but I can't help but think that Rebirth suffers as a result of being an Amnesia sequel. Castle Brennenburg superfans will appreciate some of the things that Rebirth reveals, but overall it makes Rebirth less focused. There are too many threats for Tasi to run from, too many things to be worried about, too many concepts to combine.

I trust Frictional implicitly to do very interesting things, but though Rebirth takes a run at a bunch of cool and alarming concepts, it feels like it's juggling too many to do any one of them full justice. Rebirth hasn't haunted me since closing it in a way that Soma did, for example. I kept waiting for the take on pregnancy anxiety to become something more than what it always is. I could feel it straining to against the ropes of previously established bullshit lore about orbs. Amnesia: Rebirth isn't bad at all. You just get the sense that if it was called Rebirth it would have been better.