The Skeld is the first map most people will get their hands on in Among Us, mostly because it’s the default one selected at the beginning. It’s important to know your surroundings when playing Among Us, both so you can avoid death as a crewmate and avoid detection as the impostor. Here’s a map of The Skeld and some tips on how to play it.

If, like me, you struggle to remember the specific location names in The Skeld while barking out orders and accusations, you’ll want a version of the map open in a separate window. Thankfully, we’ve put together a nice basic map for you to refer to, with annotations of the most important aspects. The red boxes and lines represent the vents that only the impostor can crawl through and the routes they can take through them, whilst the yellow triangles and boxes show the security camera locations and the areas they can cover when you examine the computer at Security. 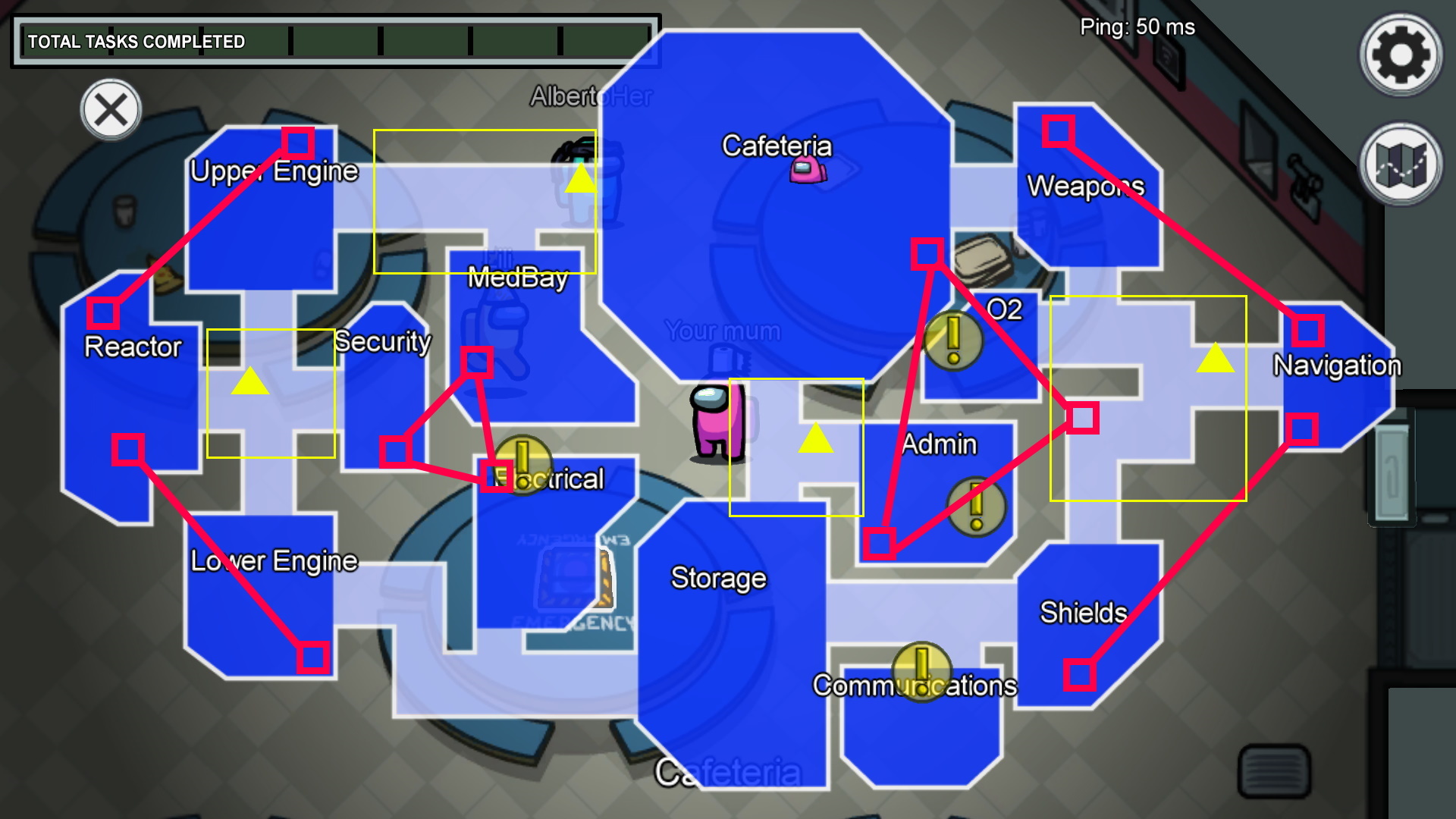 The Skeld tips and tricks

Now you know all about The Skeld’s layout, we’ve got a few handy tips for playing this map. It’s the smallest map available, which may seem easier for the crewmates than the impostor, but there are all kinds of nooks and crannies to keep track of, so don’t get too overconfident.

Of course, the only real way you’ll win in The Skeld is by misleading your enemies or sleuthing the impostor, but keep our tips in mind - and watch out for foes also using them.