Tassyn now would like you to find a Regulator that's gone missing. What begins as a rather routine mission unearths a shocking discovery: The Dominion have returned and in great numbers. The squad you find are led by "The Monitor" - and you need to take him down.

In order to complete the missions in Anthem, you'll need all the intel for all of your Javelins, as well as the stuff that's not as well explained in the game. Head on over to our Anthem guide hub for various guides on the ins and outs of the game. You can also head back to the Anthem Missions hub to find the mission you are looking for, or get intel on the previous mission: Anthem Lighting a Fire 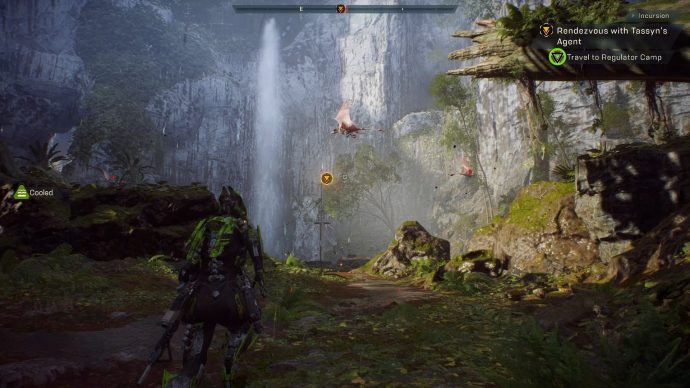 Your first task is to travel to the Regulator camp. Upon arriving, you'll see it's been overrun by Wyvern, so shoot them down. Remember that these enemies spit fireballs, so dodge them when you see them coming, even if the Wyvern isn't facing you. After taking those fire-breathers down, head to the northern-most point of the camp and open the chest.

Inside is a recording, but immediately after listening to it, some Scars will ambush you. Destroy all the hives and Scar in the area. In their ranks are Scar Enforcers, so use the same tactics as before to take them down. When you're done, follow the trail to the Regulator hideout. 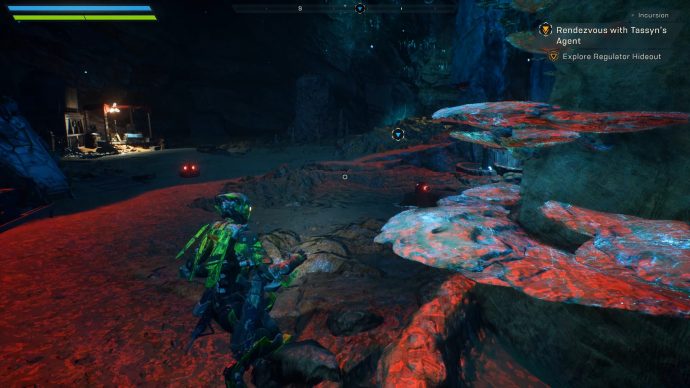 As you venture your way through the cave system, you'll encounter a Flight Suppression system that is active. Some areas will disable your ability to fly and while this one has no enemies, it is littered with mines. Either take it slow through the area and shoot each one, or jump and dodge the mines to the other side. You can't do anything about the Flight Suppression for now, but it's worth remembering this room for later. Leaving the room will re-enable your flight controls, so carry on until you come across a cutscene.

Your Javelin makes a decision that's not very smart and opens fire on the Dominion. This causes the Monitor - the towering leader of this pack of Dominion forces - to make a hasty retreat, leaving you to his cronies. As this is a part of the mission where you can't respawn, just concentrate on killing the "Dominion Shocktroopers" around the area as safely as you can. They're the grunts of the Dominion and are a little tougher than the Scar Scrappers were, but are much better trained. Once you've killed them all, the respawn limiter will be lifted. Check on the Regulator, before chasing after The Monitor. 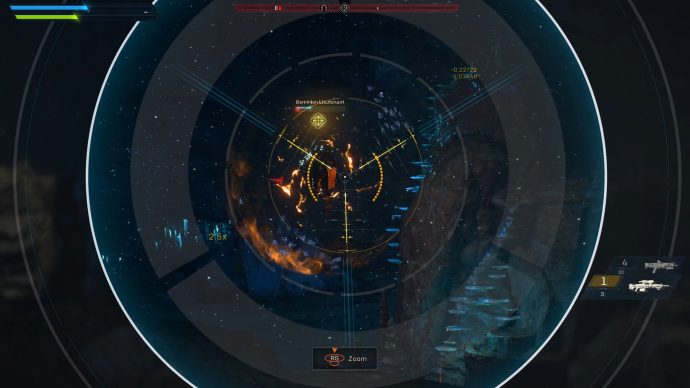 Remember that room where you couldn't fly? Remember how that wasn't a problem before? It is now, as it's flooded with Dominion troops. It will also now be a respawn restricted area, so head to the console at the centre of the room and push it. You'll need to stick close to the console for Owen to do his thing and override it. After this is done, you'll need to defeat enough Dominion Shocktroopers until the Dominion Lieutenant arrives.

Think of her as an enemy Storm Javelin. She floats in the air, is shielded, and can produce magical attacks that cover an area rather than target you. Thankfully her shield isn't very strong against lighting or ice - a fact detailed in our Anthem Combos guide - and when the shield goes down, she falls to the ground. Use a combination of attacks to kick her while she's down and she should be defeated in no time. 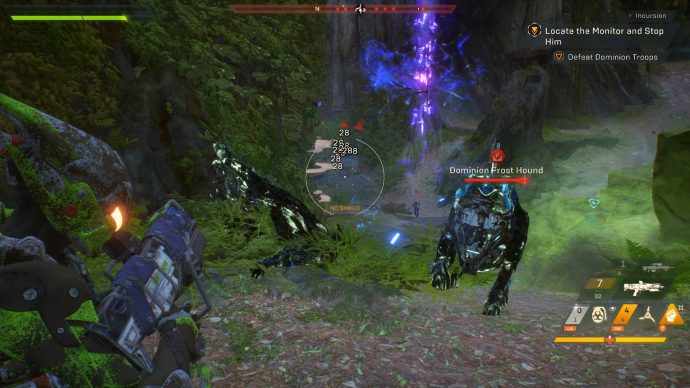 When she's dead, follow the waypoint and exit the Regulator camp. You'll then need to follow the trail the Monitor has left until you come across a clearing with more Dominion troops. This is the last respawn restricted area of the mission and features a ton of enemies coming out of a rift. Not only do you need to deal with Shocktroopers, but there are now Dominion Frost Hounds. These are big dogs tamed by the Dominion in order to savagely attack their foes. They're also a bit sturdier than other similar enemies, such as the Wolven, so take them out first before dealing with the Shocktroopers.

Reinforcements will descend upon your position after taking out some of the enemies, including another Dominion Lieutenant. Take them all out using your entire arsenal. You can make quick work of them by using your Ultimate ability here and if you're the Interceptor - this encounter is a bit of a joke as she's invulnerable to anything while attacking in her ultimate state.

Once all the Dominion are defeated, Owen will congratulate you on your victory, before the Monitor hacks your communications to taunt you. Back in Fort Tarsis, you'll be introduced to the Launch Bay Forge. This provides you with an easy way to tinker with your Javelin and quick routes to setting out on missions, Strongholds, and Freeplay sessions. Head out the indicated double doors and find Tassyn to confirm the death of the Regulator and the emergence of the Dominion.

Tassyn will then introduce you to Sentinel Bryn and asks you to lend a hand. Talk to her, and also Freelancer Yarrow and Arcanist Matthias, as they'll all have some missions for you. You'll need to complete the following Agent Quests to progress the story:

Once you've finished all three of them, the mission will be complete. Just a reminder that you can always head back to the Anthem Missions hub to find the mission you are looking for, or get intel on the previous mission: Anthem Lighting a Fire. As for what's next, Tassyn who will have some intel which we'll be going over in full over on our next mission: .