Perhaps having a little too much curiosity for knowledge, Matthias wants you to investigate some recently discovered ancient runes. Naturally, there are some creepy creatures that would rather you left the runes alone, but you're in it for the reputation. Besides, Tassyn is likely still working out the next move so it's not like you have much of a choice.

Anthem See in the Dark guide 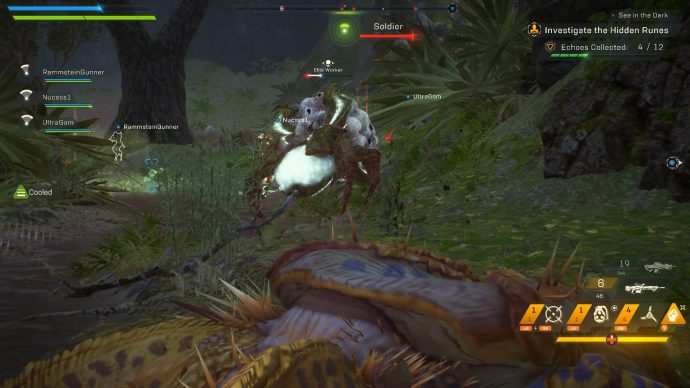 Matthias will give you the location of the runes he wishes you to decipher. Clear the area of the Wolven nearby, including any legendary rank enemies, and find the terminal on top of a ledge towards the south of the region. You'll then need to collect 12 echoes to unlock it. This mission is best done with three other freelancers as you can all work together in obtaining the echoes together. They're all in the forest and are found high and low, but you can use the radar to guide you to their locations.

As you're collecting them, you may notice the giant eggs. This turns out to be a Skorpion nest and it may also be the first time you'll come across different variants. They all can attack up close, but be aware that some also have a ranged attack. Be wary of the "Workers", as they will explode if they get too close to you. Keep everything at bay, even soaring to the skies to get out of range if needed. Focus on collecting what you can and bringing them back to the runes. 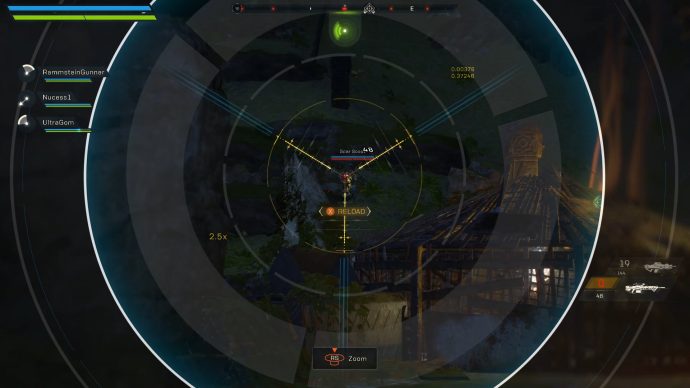 The last few are under the "protection" of a local Scar camp. These Scars are your usual fare, except for the new "Scar Scouts". These are their designated snipers, and if you see a red beam of light on you, begin dodging to avoid a huge chunk of damage. They're shielded enemies, but not incredibly difficult to take down. Once you've eliminated the Scars, open the prisons and collect the final echoes. Bring them to the runes to deposit the final batch.

As soon as you do though, more Skorpions will appear in the area, including many variants that you've seen in this mission. There will be many, so work with your other freelancer buddies to take them out and finish the mission. Just a reminder that you can always head back to the Anthem Missions hub to find the mission you are looking for or head back to the previous main story mission: Anthem Incursion. There are two other missions to sink your teeth into before heading back to the main objectives. To help your fellow Freelancers out a bit, take on the Anthem What Freelancers Do Agent Quest guide, or to aid the Sentinels instead, go to the Anthem Preventative Precautions Agent Quest guide.