The gunsmoke and ghouls of the wicky-wicky wah wah weird weird west are the setting for the debut game from a studio founded by some Arkane veterans, announced tonight at The Game Awards. It is named simply Weird West and yes, it is bold to yoink an established fiction genre's name for your game. Weird West is an immersive sim-y action-RPG setting out for adventures full of rootin', tootin', and spookin'. Have a peek in the trailer below.

Details are thin for now but publishers Devolver Digital call it an immersive sim and blast this blurb:

"Discover a dark fantasy reimagining of the Wild West where lawmen and gunslingers share the frontier with fantastical creatures. Journey through the origin stories of a group of atypical heroes, written into legend by the decisions you make in an unforgiving land. Each journey is unique and tailored to the actions taken - a series of high stakes stories where everything counts and the world reacts to the choices you make. Form a posse or venture forth alone into an otherworldly confines of the Weird West and make each legend your own."

So it sounds like a roguelikelike action-RPG? It's got an overworld map and all: 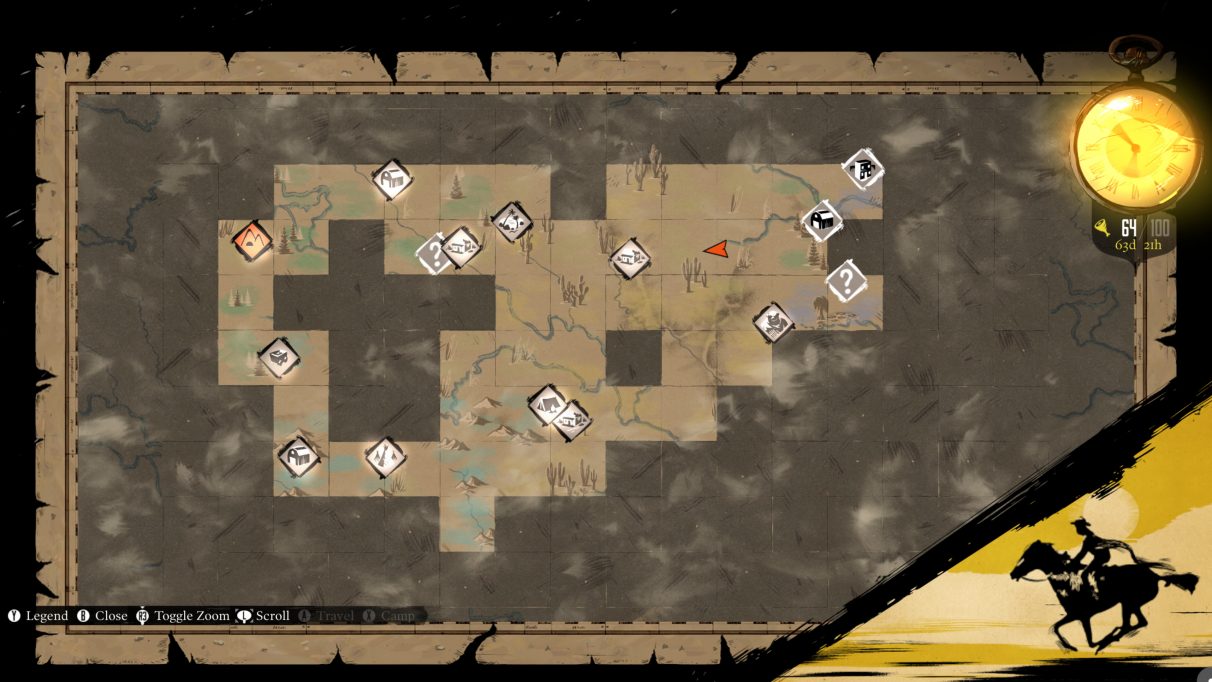 And calling it an immersive sim implies surprising opportunities and behaviours to discover play with? I'm listening.

No word on a release date yet but it's coming to Steam.

Check out the night's other announcements and trailers on our Game Awards tag.