There's a major new Arma 3 expansion launching next Monday, April 29th, bringing the military sim back to its Cold War roots. Impressively large as it looks, Global Mobilization isn't by Bohemia Interactive, but the first release from their "Creator DLC" commercial mod program and produced by small team Vertexmacht. Mods going commercial isn't a new concept, but it has backfired for a few studios, including Valve's own failure to get the idea off the ground with Skyrim, and Blizzard's swiftly-abandoned premium mods for StarCraft 2. Still, Bohemia's approach seems more structured, at least so far.

Global Mobilization looks to be practically a new game built on Arma 3's foundation. Set across 419 square kilometres of divided 1983 Germany, the developers boast fifty settlements with fully destructible buildings, and an alternate winter version of the environment with matching camo for its 42 new units. It'll include a ten mission single-player campaign, although as with all things Arma, multiplayer (launching with 17 scenarios) and the editor will extend its life significantly. Much as I enjoyed Arma 3's move into near-future tech, drones are fiddly, and I'm interested in seeing how '80s gear feels again. That, and maybe create some 'past Vs future' scenarios, if that's an option. 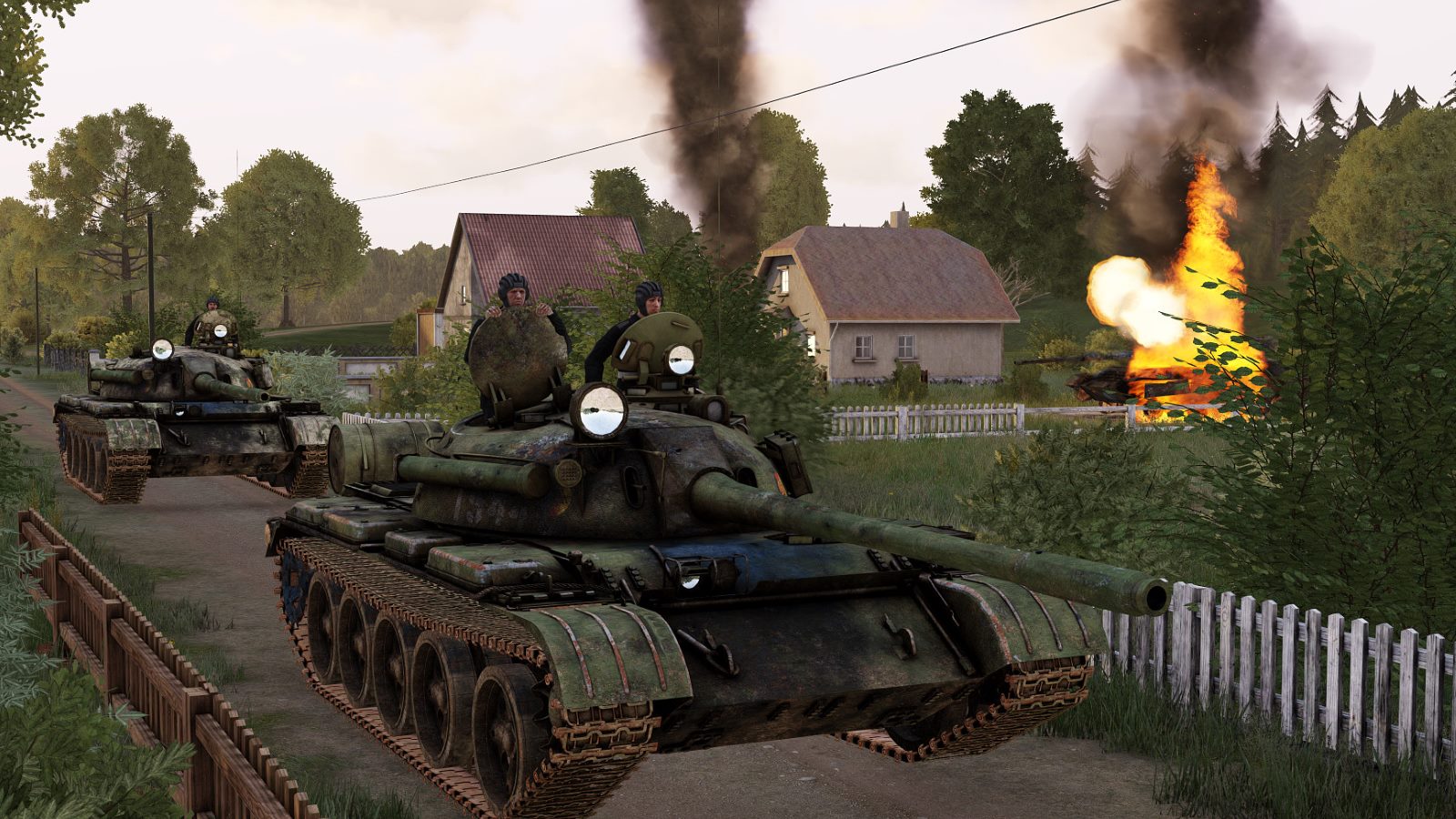 As for the Creator DLC program, it seems roughly comparable to Blizzard's premium mods for StarCraft 2, possibly even more structured. As detailed here, modders cannot just pull a previously-free project from pages and turn it commercial. It needs to be an entirely new project, pitched to Bohemia and approved. Interestingly, Bohemia's policy is to not even announce Creator DLC until it's nearly ready to launch. On the technical front, it's a little different from regular Arma 3 DLC - it'll be an optional install, as opposed to mandatory, as all official DLC has been so far.

Their approach feels like an interesting mid-point between 'modders becoming full-time devs' and 'modders putting some work on sale for coffee money'. I'm personally hoping it catches on, although I'd not be too surprised if there aren't many more releases after Global Mobilization. While their latest dev-blog centred on the new DLC, Bohemia also mentioned that their free epilogue scenario "Old Man" for Arma 3 Apex is stuck in limbo. They've stated that "we've not yet hit our goals" for the mission, and "It's currently yet to be decided how we want to move forward with it".

Global Mobilization launches on Monday, April 29th, and will cost £17/€20/$23. You can find it here on Steam and Bohemia's own store.