I mean, that header image says it all, doesn't it?

But seriously. After you've completed Artifact's tutorials and opened a smattering of card packs, it's doubtless the first thing you'll be asking yourself, your friend, the inter-webs: Who's the best hero? Or maybe, who's the best red hero, or black hero? Who would you say is better for this deck, or that deck?

Not at all surprisingly, Artifact takes after Dota in that different players will always have their favourites, the heroes with which they learnt the game, earned their mettle, and forged their own personal journeys of destruction. But still, most of us can agree that there are a handful of heroes which cause more of a wrench in the gut when they arrive, which plonk more of a spanner into the works, which dig a greater well of despair in your opponent than others.

Take a look below and you'll find everything you need to know about how to play the best heroes in Artifact. You'll see that we've done the done thing and categorised the heroes by colour, so I'm afraid there's no overall nicely ordered list from tenth-best to oneth-best. The meta will doubtless continue to shift over time, so it's better to dispense with that order-out-of-chaos nonsense and skip right to the facts. If at any point you're confused by all the technical jargon, such as "Cleave", "Reactive Ability", or "Purple Monkey Dishwasher", just do a nifty scroll-wheel-click on this link to our Artifact keywords guide. Now let's get started!

P.S. I was kidding about one of those keywords. 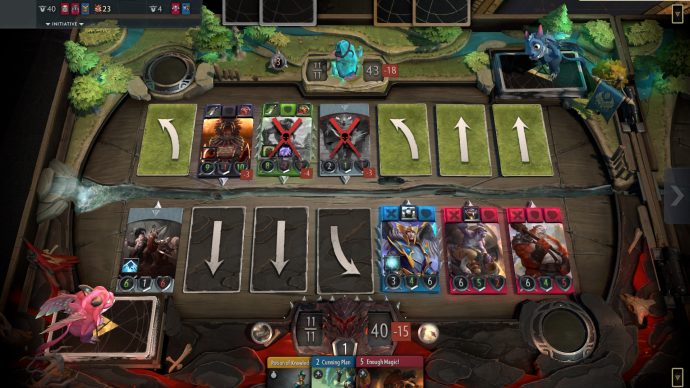 Red heroes are straightforward fellas and fellasses who smack things very hard, and benefit from a surrounding deck of cards which allow them to keep smacking things hard, and/or to smack things even harder. Their high stat pool dwarfs that of the other tiers, which makes them the ideal choice for newer players, to give yourself a better chance of surviving the first round with all your lanes intact. 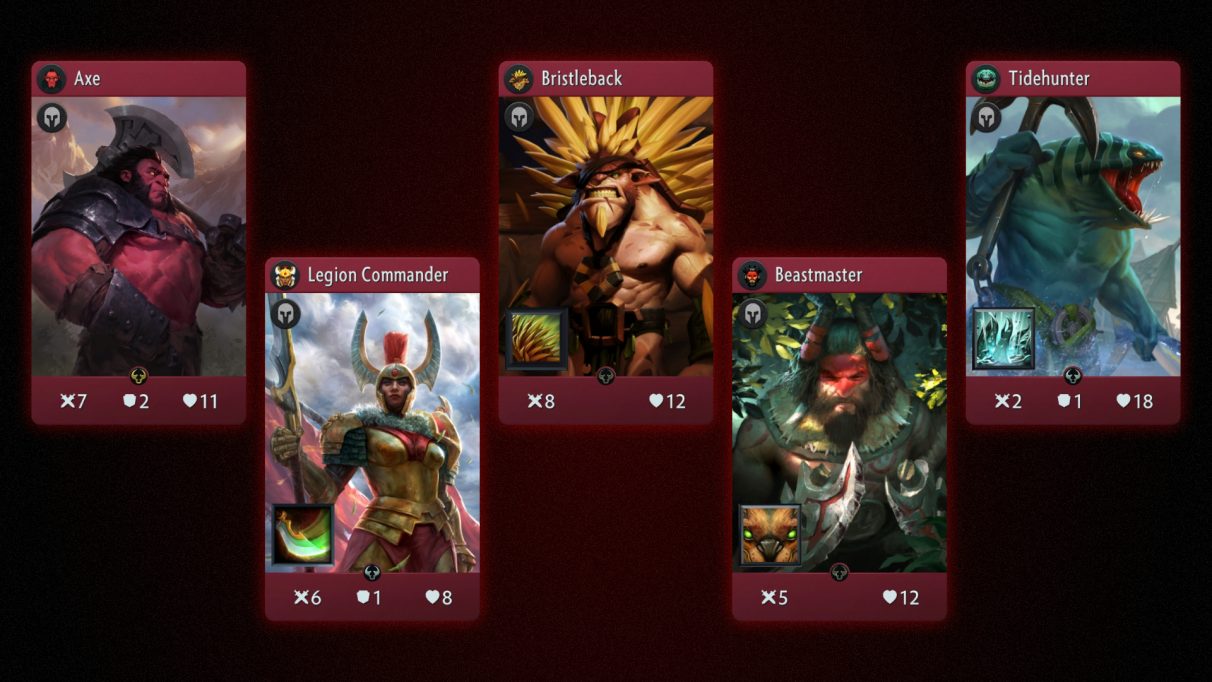 Green decks are on average slightly more fiddly to use than Red decks, but their roster boasts some of the strongest and scariest heroes in the game, as we shall shortly see. The heroes tend to nearly rival Red in terms of health, but not at all in attack. Instead, their strengths lie with a veritable smorgasbord of buffs and heals which gives their decks a lot of sustain and controlling power throughout a match. 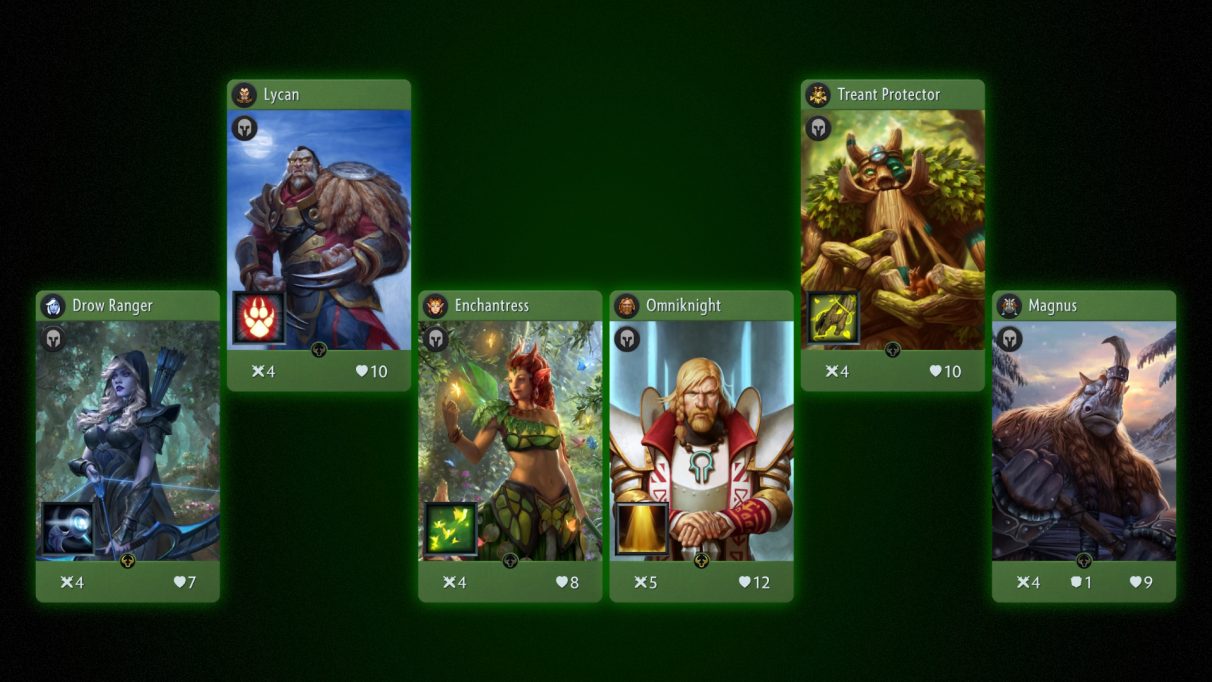 Black heroes are the Samari-ssassins. The Do-Badders. The Destructofficials. Here's an interesting fact: on average, Red heroes have greater stats than any other colour, save for attack, where Black reigns supreme. While stats obviously don't give a full impression of a hero's value, it serves to emphasise the focus of Black heroes and black decks in general. The following individuals excel like no other at direct damage and enemy-hero-head-explosion-making. 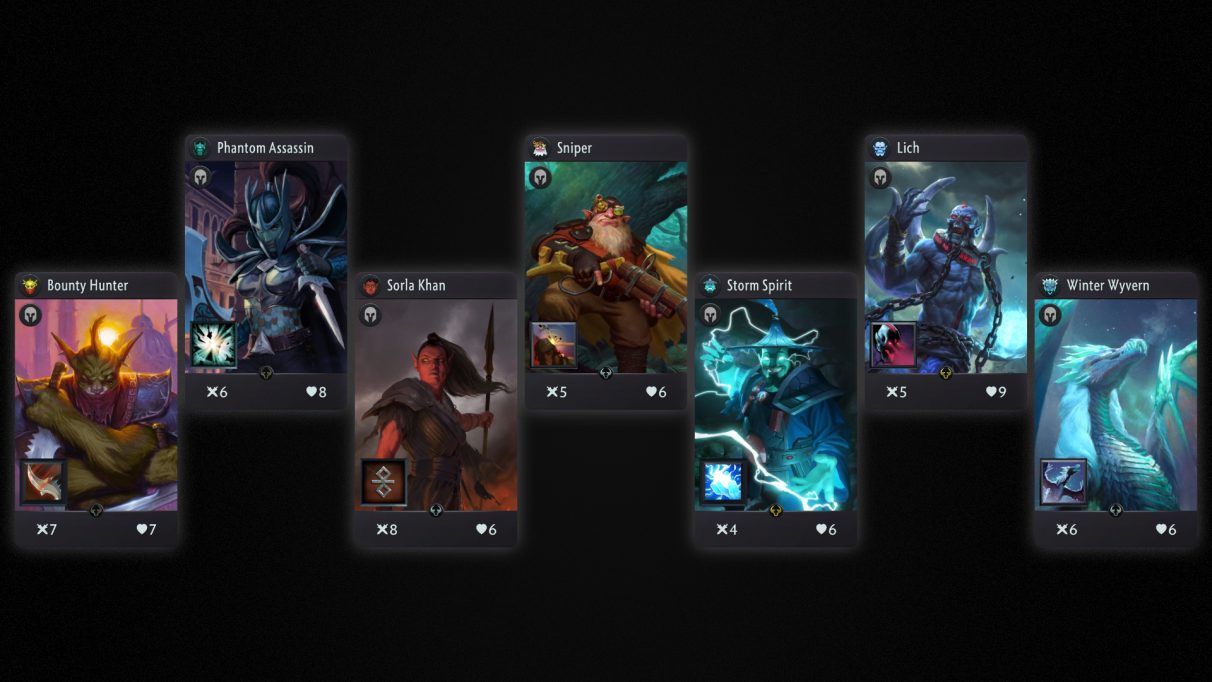 Blue heroes are just stupidly weak in terms of stats. Their average attack value is - get this - just 2.83, compared to Black's 6.08, Red's 5.5, and Green's 4.08. Their health is not much better. But who cares? Stats aren't why you play Blue heroes. You play Blue heroes because they have uber-strength, world-shattering mid- and late-game spells. The trick is surviving until the mid- and late-game. For this reason, Blue is often combined with Green or Red to provide some survivability and sustain power to your deck - allowing time for the following beasties to let loose with their strongest sorceries. 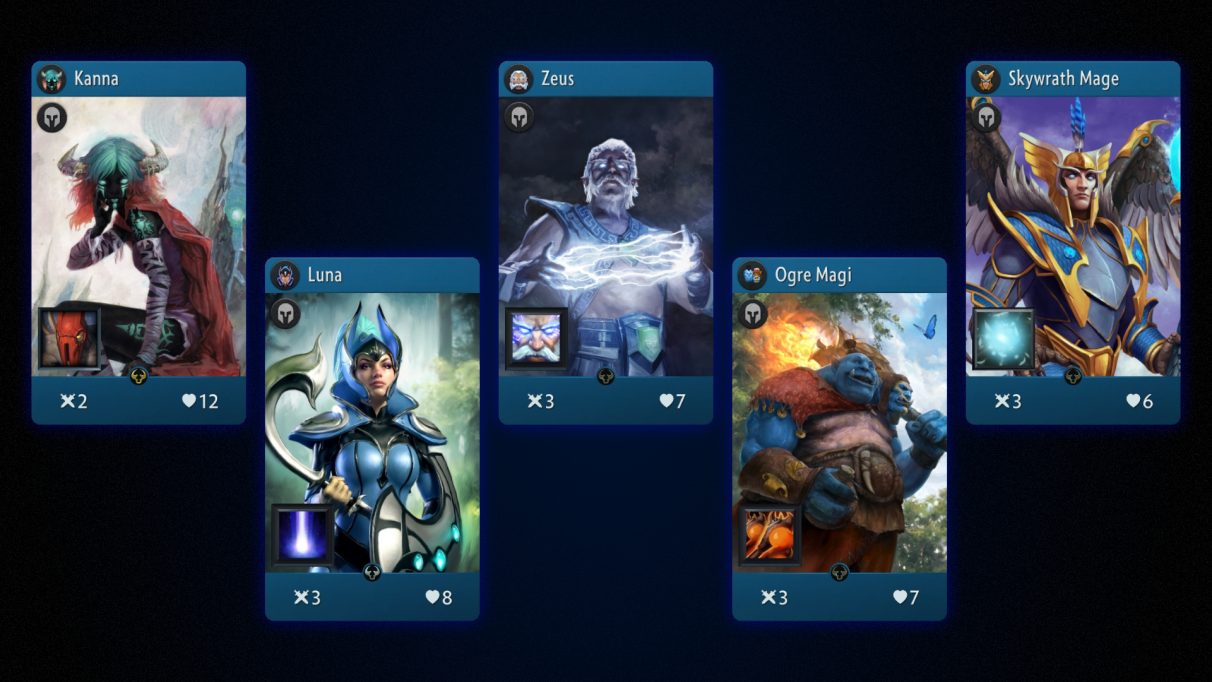 That's all the main ones out of the way. It's important to recognise that just because a hero is not included in this list does not by any stretch of the imagination mean they can't be used well - and, indeed, to prevail against many of the heroes in this list. It all comes down to how you use them. For more tips on how to improve your game, head to our Artifact guide for Dave's general tips and tricks. Alternatively, if you're interested in constructing a deck and trying out some of the tricks above, you can take a look at our Artifact deck construction guide if so inclined.