Two years after Assassin's Creed Origins took us on a field trip to Ancient Egypt, Discovery Tour is back for another history lesson. Pack your favourite notepad, students, it's time to put away the hidden blades and murder some knowledge. Find your buddy, brush up on your Ancient Greek, and keep close - yes, Timmy, that will be on the test.

Last year's educational extra for AssCreed Oranges was a nice surprise. Ubisoft may have built a proper massive interpretation of Ancient Egypt, but you were still largely murdering sods all over the place. It's hard to appreciate well-considered period-appropriate fabric when it's covered in blood. Pass.

Quite nice then that Discovery Tour is back. This year's offering works much the same as it did in Origins, turning the massive murder arenas into a museum the size of a small country. Walking tours are back, a whopping 75 of them. Rather than Origins' disembodied educator, Odyssey will put historical figures from the game in the role of tour guide. They'll run you through exhibitions across five themes, covering Ancient Greek philosophy, famous cities, daily life, war and myths.

Bit of a demotion there for poor Plato. Horrifyingly, they'll quiz you at the end of each tour too, using the new dialogue stuff Odyssey brought to the series. 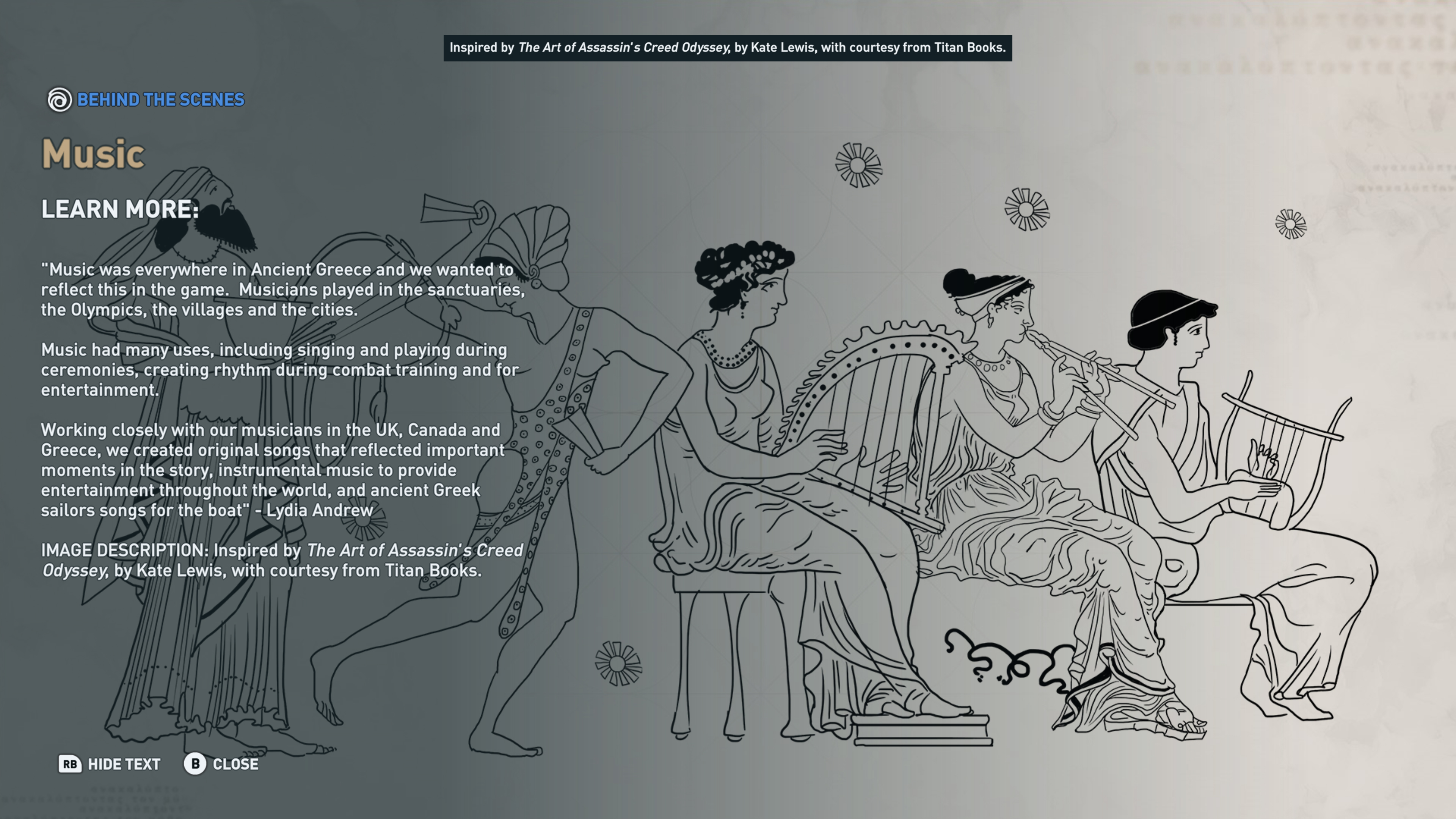 I really can't cope with a game grading me right now. Thankfully, you can always ditch the tour guide and go wandering off yourself, checking info nodes off the map. There's hundreds of these to keep you busy. Some of these give you behind-the-scenes development insights, which seems a wild fit. Can't say I remember the part of high school history where we covered photogrammetric 3D modelling. Collecting these nodes also unlocks you progressively more fantastical horses to ride about. You can also unlock up to 35 different characters to play dress-up as.

It sounds like Discovery Tour will become a recurring feature, which sounds quite nice. I fell off the AssCreed train a long time back, but it's nice to have an excuse to hop into some lovingly-constructed dioramas without collecting 60 duck feathers to upgrade my hoodie, or whatever you do in those games these days.

Discovery Tour: Ancient Greece launches as a free update for Assassin's Creed Odyssey next Tuesday. You'll also be able to grab it separately for £16/€20/$20 on Steam and Uplay.