Ancient Greeks were no stranger to blood sports in some places and while holding them in an arena would be something normally associated with Romans, it's no far stretch to include it in Assassin's Creed Odyssey. In the region of Pephka, there is a dedicated arena where would-be champions duke it out with waves of combatants to defeat in order to come out on top. This guide will detail the challenges ahead, telling you how to become the champion. 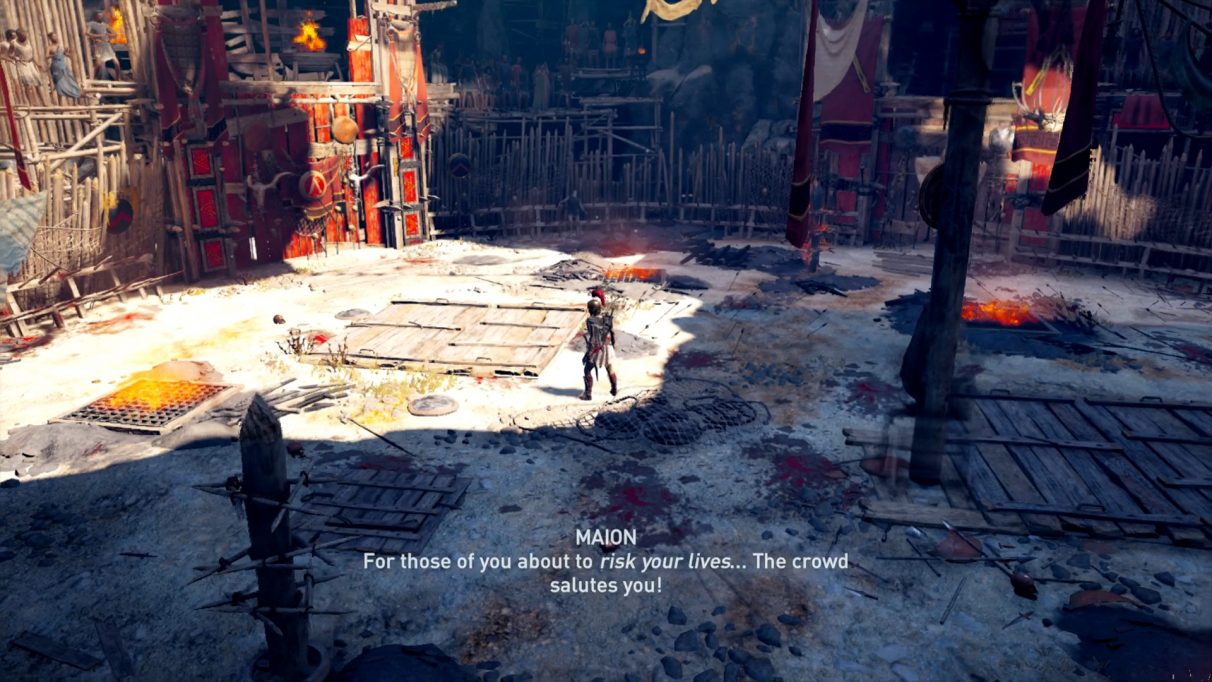 How to become the champion in Assassin's Creed Odyssey's arena

You'll first find out about the arena after defeating your first mercenary. This is normally the one that is roaming Kephalonia. When you're a lot higher levelled, head over to the east of Messara to a place called Pephka. The arena will be there. Once you arrive, there will be several targets, some of which are cultists, others are mercenaries. In fact, this is one way of getting rid of a bounty should you want to risk it, so head to our Assassin's Creed Odyssey mercenaries guide for more on bounties themselves.

Your first four waves will consist of regular enemies, though some will have big shields and massive axes. Be sure to fight away from any hazards, particularly the pits, when fighting multiple people. When things quieten down a little, you can press home the advantage and Spartan Kick an enemy into a pit. Reaching the fifth and final wave will summon Vasilis, the King of the Arena into battle. He's a tough, level 50 to be exact, and relatively agile fighter for his size, but the same techniques that have served you well prior to fighting him can do wonders against your fight with him here.

Keep your skills enabled, dodge his unblockable attacks, and eventually he will be slain. Upon killing him, you'll gain a massive experience boost, as well as a few items and a bucket-load of Drachmae.

Skoura will leave you with one more challenge for the arena. This turns out to be Skoura himself. He's nothing particularly special to fight, though the arena won't have any hazards to watch out for. After killing him, he reveals a few truths about his daughter before passing on. You'll get his spear as a reward.