What is a home? My yardstick is that home is anywhere I don't feel weird opening the fridge and making myself a sandwich from its contents. If you are left alone somewhere and you find yourself thinking, "But what if I make a sarnie with that ham and it turns out it it was special ham being saved for a special occasion??" then you are not anywhere that is home for you. Likewise, if anyone tells me to make myself at home, I immediately go and get the cheese out of their fridge and take a bite out of it, while maintaining eye contact, to establish dominance.

Your home in Assassin's Creed: Valhalla does not have a fridge, because Viking raiders setting up a new camp in the Midlands do not have fridges. But you do get a big communal pot of stew, and in the end isn't that just as good? Answer: yes it is. I love my settlement. Let me take you on a small tour.

The first thing to know is that everyone's Ravensthorpe is going to end up looking basically the same. Your locals plop down their tents at predetermined locations and then sit about not doing very much until you build them an entire log cabin. It's like if a field of campers in Devon refused to participate in the jolly family group activities without the campsite providing them with a house. And you can't control what those houses look like or where they are, like in Fallout 4 or Fallout 76's settlement building.

But, you can put in some cosmetic items at different spots around the town. I have put in two massive statues of Odin on either side of the arch at the dock, so people know what they're getting into (Vikings, that's what). 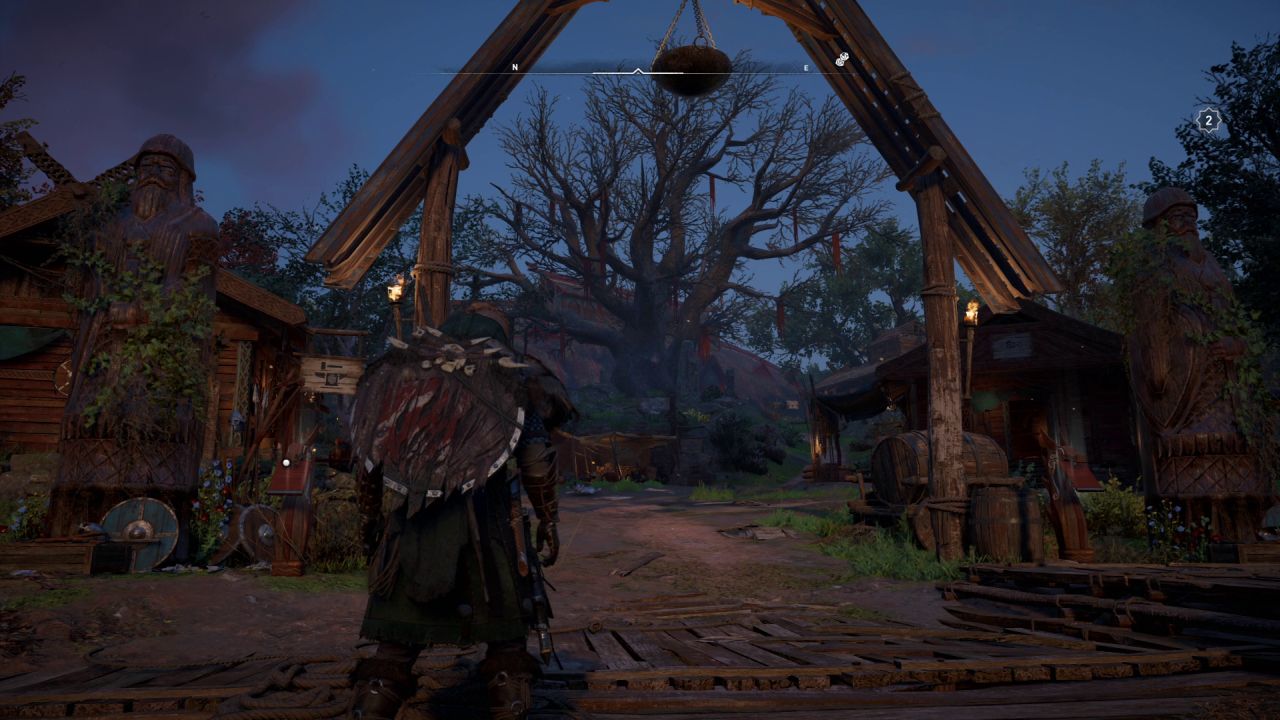 There is a nice view up the hill to the big special tree, and the longhouse where we do our feasting. On the left there, you can see the blacksmith. That's where I get my axe made more axey. 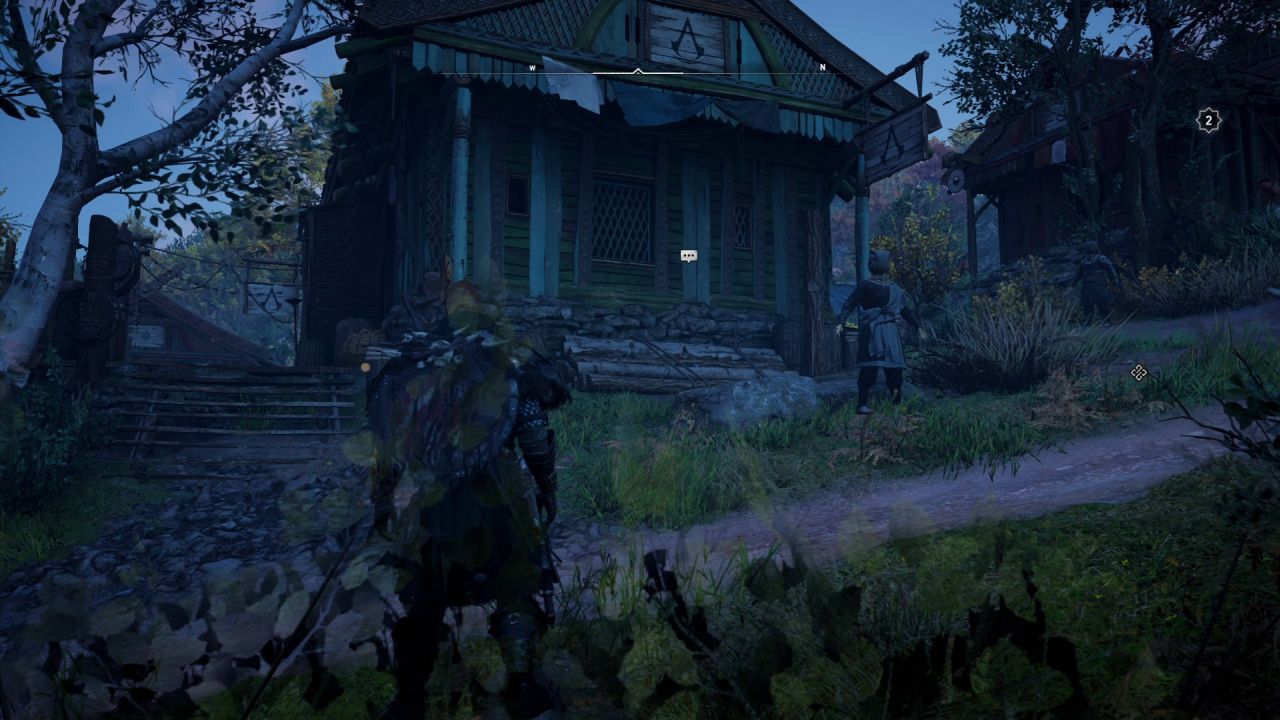 This is the Hidden Ones Bureau, where my mates the assassins hang out. There are only two of them, so to call it a "bureau" seems, frankly, like they are giving themselves airs.

My favourite thing about this is how they are sticking to the creed of hiding in plain sight by having three big signs with their logo on, so you can't miss it from any angle. Although in fairness, the logo could be many things. Secret league of assassins, or one of those clothes shops that don't display a name and have exactly one rail of items that all cost £100 and are somehow all floor length cardigans. You decide.

We also have a lot of dogs, some of which are actually wolves, but it's okay they are totally friendly and have never killed anyone I didn't tell them to. 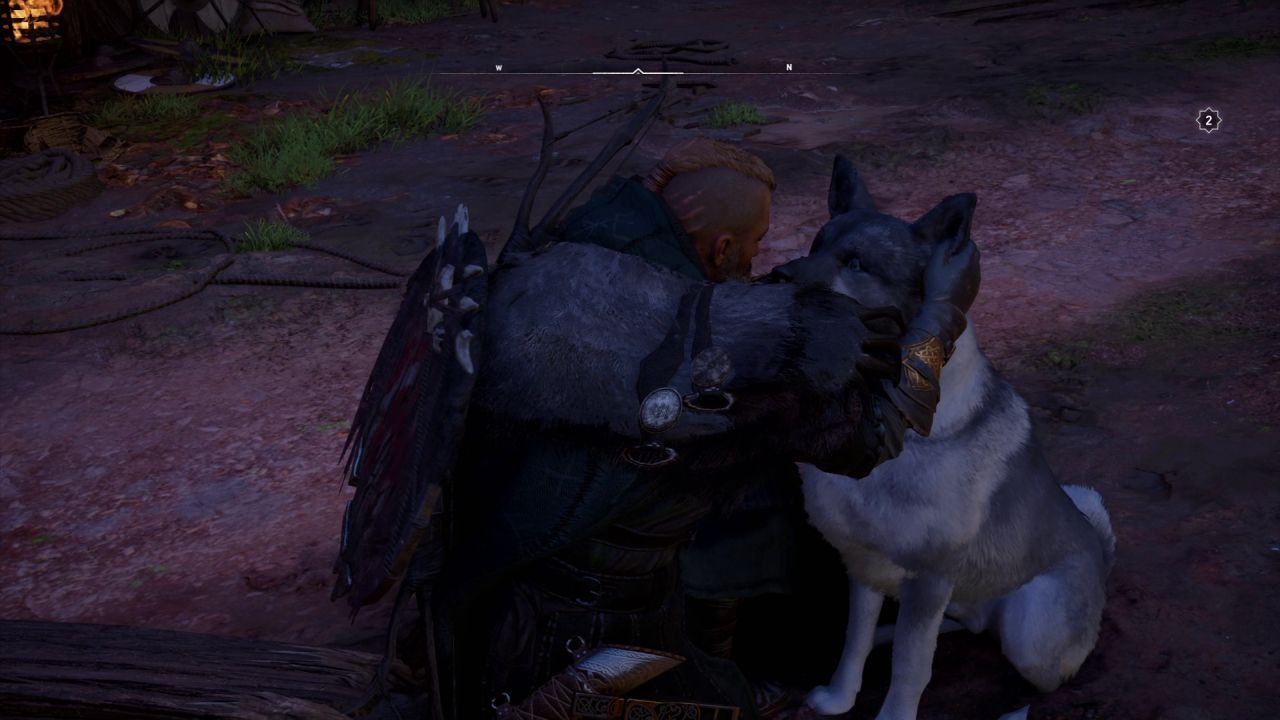 Sometimes they gather around the tree at the centre of town and howl at it. It's pretty metal.

The coolest thing about Ravensthorpe, though, is that the people there change over time so Ravensthorpe feels a bit more alive than just 'place I go to upgrade items and hand in side quests'. For example, Petra and her brother run the hunters hut. I am currently wooing Petra. She likes going on pretty intense dates, like archery competitions. 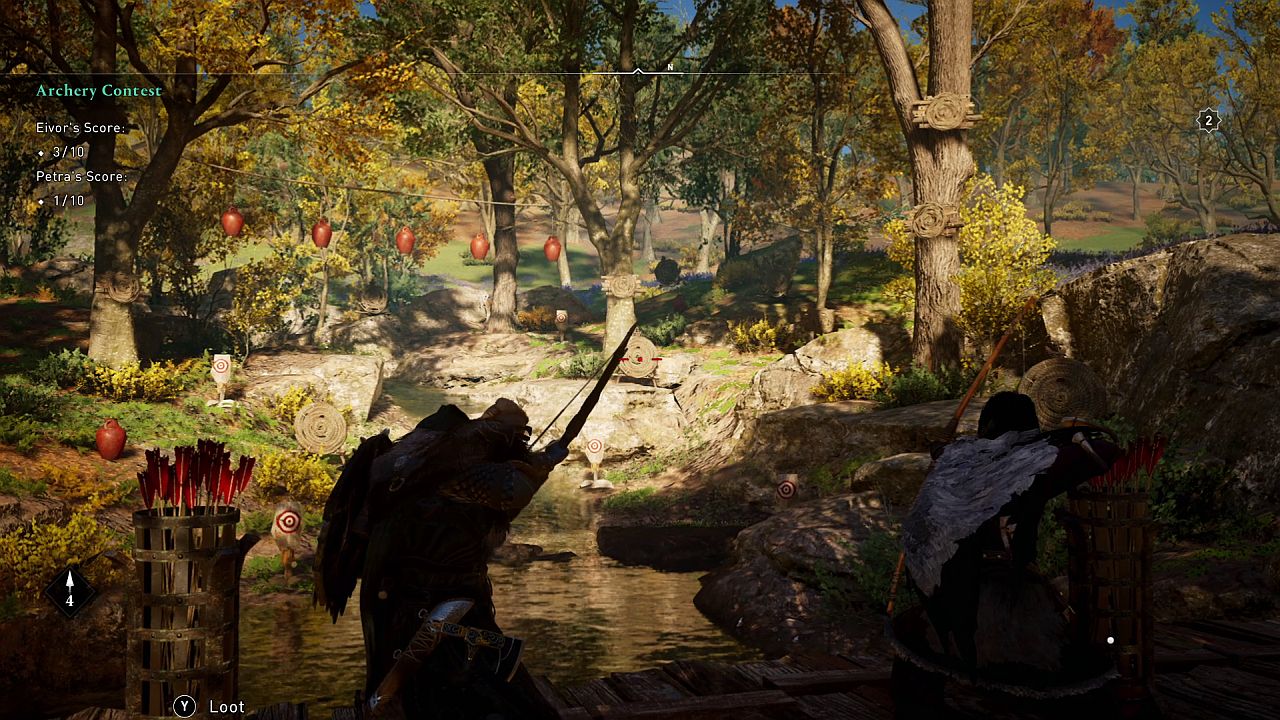 I smoked her. Everyone knows the fastest way to a woman's heart is by beating her in a competition (although don't tell her that I accidentally shagged her brother's wife at a ruined tower. I got two skill points for it). You'll even see some characters die, and those who knew them go into mourning. You can go on little errands to help them out, and learn a bit more about them over time. They get into fights that you arbitrate, like the time an artist cut off the entirety of a horse's tail to make a brush, which upset our ostler. Sometimes when I'm stomping around, people say, "Hello Eivor!" 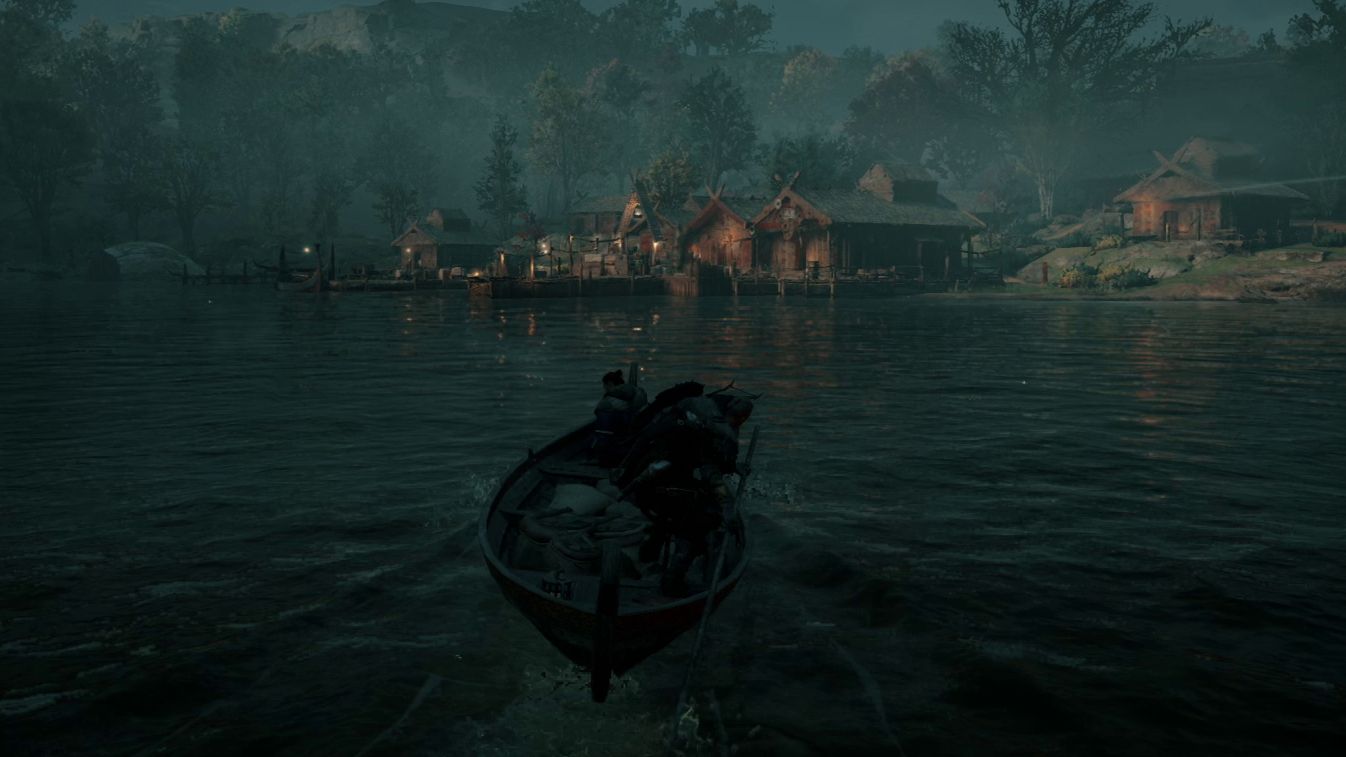 Even though I can't choose my own layout or what have you, Ravensthorpe feels much more like a real place than it would if all it did was get bigger. I'm a real fan. Although I warn you that our communal stew is probably not compliant with social distancing.