I get angry. I get angry for a number of reasons, but a few times a year I get angry because video games aren't as funny as I wish they were. Especially the games that are really Trying Hard to be funny. So, when I encounter a genuinely funny title, it makes me happy to recommend it. Obviously, there's not a formula that always works. Well, except for the formula of "accents plus robots" because that works every. single. time. So Aye Fair Lady works for me. It checks both aforementioned boxes.

It's Mandatory Singing Day. And Steggy forgot to leave town. There's only one thing to do: Put a stop it this tyranny forever. If you've played the game Yorkshire Gubbins before, you know what you're getting into here. If you haven't played Yorkshire Gubbins -- go get correct, son.

Aye Fair Lady was made in two weeks for #advjam2018, and the music was recorded in the same time. Look, they're a games company you can trust. Check out The Stairfall Institute's dedication to quality:

Load up the game over at ye ole GameJolt link contained here-in. 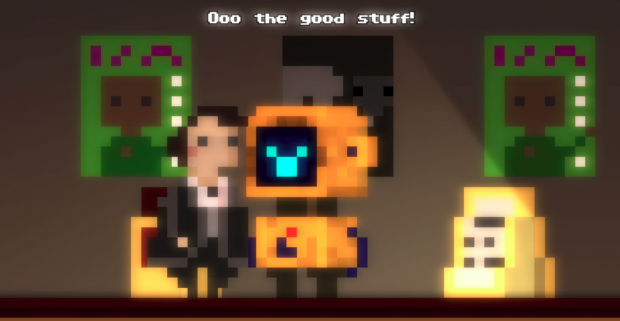 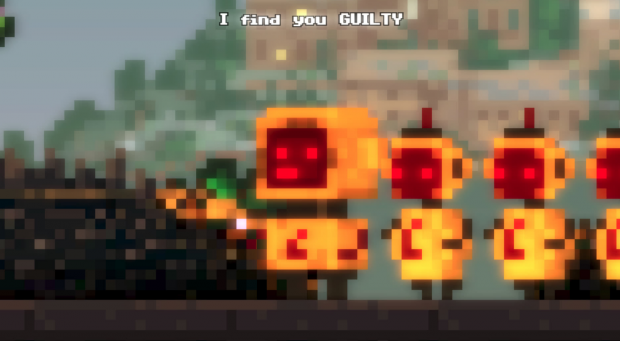 And again. Yorkshire. Yorkshire Gubbins is worth your time. Please support the dev by getting a copy of that. And support your own happiness along the way.

As a very funny aside, YouTube videos of games made with a SCUMM engine now autoplay into the trailer for the upcoming open-world prison game Scum. Gotta love a good confused algorithm.