I'm in awe of people who manage to turn their free time to productive ends. While I'm Netflix binging or chain Doting, I know others are writing novels or screenplays, filming videos or channelling their artistic talents in any number of ways. That's why I'm especially in awe of Emily Mitchell and Daniel Smith, who both won the Young Game Designers competition when they were 18. Dan picked up the award in 2016 with Spectrum, a Portal-esque first-person puzzler about escaping from a creepy hotel. Emily won last year with Fractured Minds, a series of vignettes exploring mental health issues.

Neither game betrays the age of its creator, and both could be on their way to becoming big names. I got a chance to speak to them at Rezzed, where I asked about how they got into making games so early - and just how helpful BAFTA's involvement has been.

I'll introduce Emily and Dan in a minute, but let's start with their games. You can and should play Emily's Fractured Minds for free. It's an honest presentation of anxiety that marries introspection with puzzle design. The first level tasks you with searching for a key to escape from your room, only for every key you find to bring up a message telling you you've got the wrong one. Your screen becomes filled with letters that refuse to fade, obscuring your vision and rendering your search more difficult while reminding you of your failure. Later on, flickers of doubt become sinister scrawlings on a wall - they're only momentarily visible when lit up by lightning flashes, but they're always lurking beneath the surface. 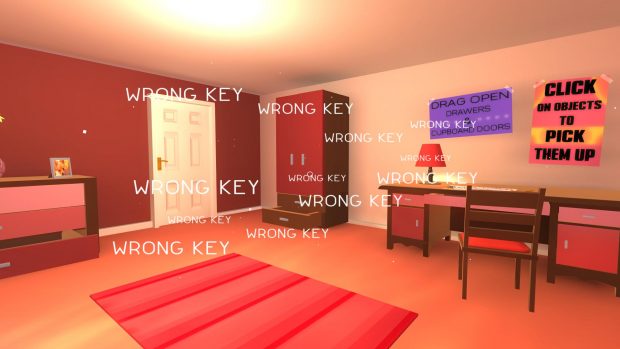 You can't play Dan's game, because while the link to Spectrum on BAFTA's site exists, it's also broken. I played a demo of his upcoming expanded version, 'The Spectrum Retreat' at Rezzed though, and I reckon it'll be worth the wait. It's impressive in a very different vein to Fractured Minds, but no less so. The puzzling revolves around absorbing and painting colour onto different objects, switching the colour of yourself and barriers so that you can pass through them. It might be a less flashy central mechanic than Portal's, but there was a similar elegance to it.

Once I got past some initial confusion, the early puzzles in the demo nailed that sweet spot of resistance that you'd hope to get from the early levels of a game. I was only manipulating two colours (or one, depending on how you look at it) and Dan told me that more get splashed around as the game progresses, but he spins that simple mechanic up in surprising ways. After spending all my time figuring out how to make myself the same colour as a barrier in order to pass through it, I liked how that got turned on its head when I needed to cross a bridge.

Dan wears the Portal inspiration on his sleeve: "What I’ve tried to do is use Portal as one of the key learning resources of how to design puzzles that teach you how to play. So there’s no explicit tutorials, and hopefully after you’ve played the first few levels you’re good enough at the game to finish it. That's what Portal dominated, and did so well - this learning curve where people could just pick it up and learn portals." I did have an early stumble where I managed to internalise an incorrect rule, but I'm happy to chalk that down to a UI that'll be tweaked by the time The Spectrum Retreat comes out this summer. 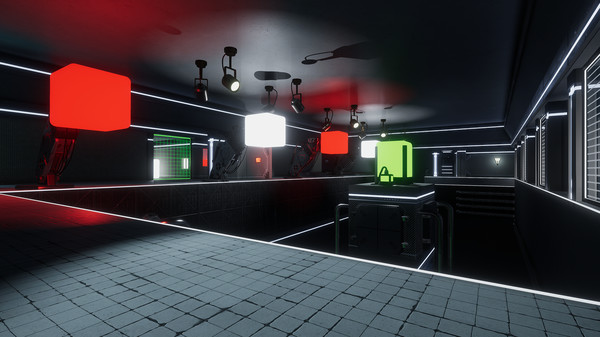 I asked Dan why he decided to make a puzzler as his first game. Was it just the first idea that came to mind? "It’s the first idea that I had that I felt I could flesh out properly. I like how ‘game designy’ it is - it sounds kind of pretentious, but it’s kind of pure game design in that you’re playing with hard rules, there’s no emergent gameplay or anything like that. You’re designing exact experiences for people, which as a starting point felt like it made sense for me. It’s worked well so far!"

While Dan wants to design exact experiences, Emily is more interested in what each individual brings to her game. She made Fractured Minds as a way of promoting mental health issues, so I asked why games were her chosen medium: "Basically, with games, you can actually create a world that the player can move in. So it’s more personal than a video or anything like that, it’s a personal experience and I really like that." When I suggest that it might be a way of getting people to engage with those issues in a way that they wouldn’t otherwise, she's quick to agree: "Yeah, definitely. They can see themselves as the player, feel it a bit more, and project their own issues onto the game. It’s kind of like a different experience for everyone." 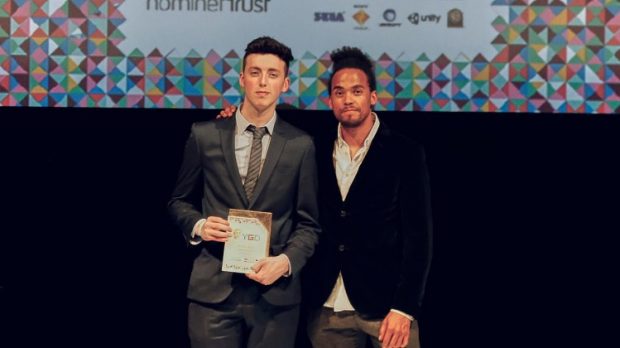 Despite their different approaches, when I asked Emily if there was anything in particular that inspired her to make Fractured Minds, I was surprised to hear her point to Dan's game: "I was playing all of the YGD winner’s games, and [Spectrum] was just so amazing - I was like ‘wow’! So that really inspired me." Which is neat, because inspiring young people to make games is exactly what the Young Game Designers competition set out to do.

It's not just about that, though. For YGD winners, the competition can be life-changing. Dan and Emily told me they'd have been interested in careers in game development without it, but both were positive that they wouldn't be in the positions they're in now without BAFTA's help. As Dan put it, "working on a game at this age, getting serious funding for it and being able to see it through... doesn’t tend to happen unless you have some kind of backing. BAFTA’s involvement has been really useful for that, because it’s really nice to be able to say that BAFTA recognised this as being quite good! So that makes my position a lot stronger, to try and chase funding and things like that." 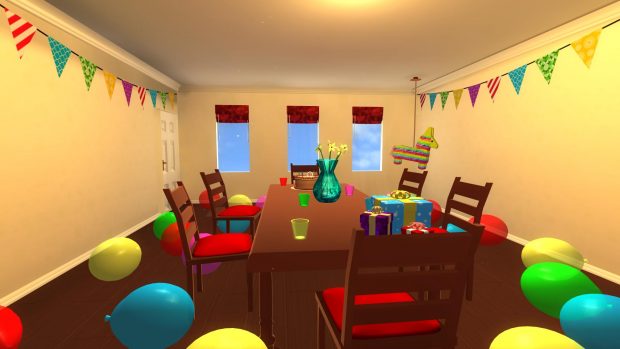 Dan found that funding in Ripstone, who're both publishing the Spectrum Retreat and have an inhouse development team who've "chipped in when needed". For Dan though, securing that funding was only one benefit: "The people you get to meet and the support you get from peers and developers in the industry is incredible. It’s really nice to have recognition for something that then extends to people being aware of who you are, who support you and reach out a helping hand if you need it. I’ve gotten a lot of really good advice from people who I’ve only met because of BAFTA’s involvement."

Emily echoed his thoughts. "YGD was definitely a gateway for me into the whole industry. It really helps you get into it all, and really get involved with the whole gaming community. You get to see all the industry professionals - it just offers so much guidance! It really is amazing."

Which isn't to say Emily hasn't also benefited financially. A publisher (Emily wouldn't say who) approached her after she won this year's competition, which she can't have imagined happening if not for BAFTA. "It's really exciting. I’d never have been able to do that without the YGD competition, so it really has opened up so many opportunities." 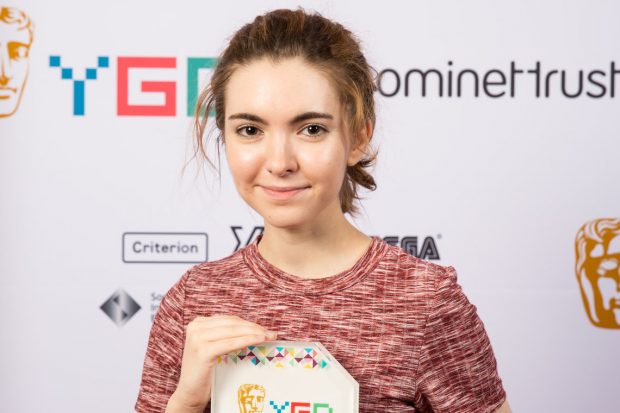 While BAFTA's involvement has been instrumental to their success, it's worth stressing that neither of them would have won the YGD competition in the first place if they weren't already really good at what they do. I asked them both about why they started making games, and their answers go some way to explaining their success. There was no hesitation in Dan's response: "I think because I enjoy them, first and foremost. I’ve always been kind of a more technical person, so it kind of made sense to marry a love of games with my interest in the technical aspects of them as well. I think especially because I got started so young, it came more naturally to me than it would have if I’d tried to after uni or something like that."

Emily started at a slightly later age than Dan, after enjoying a game development module in her ICT A level: "I made a small minigame type thing, and I just loved it so much I continued!" If there's a single factor that makes Fractured Minds compelling, it's that Emily wasn't afraid to put herself into the game. "I have quite bad anxiety. I wanted to draw from my own experiences to actually create something that could give people some insight. But also, I know that so many people suffer with mental health, especially younger generations now. I knew that so many people would resonate with it, and that it could relate to lots of people. I thought maybe it could start a conversation about mental health." 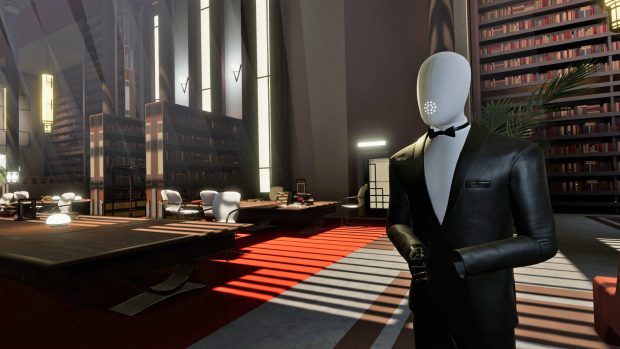 When our chat turned towards the future, Emily told me that she's got no plans to stop making games. "I might move away from the topic of mental health, but I’m still into games with a deeper meaning, ones that actually mean something. I might do another one on mental health, though."

Dan said his current focus was very much on The Spectrum Retreat, which he's been working on in some form for the past 5 years. "I’ve been pretty disciplined, because I think when you’re working on a project long term you’ve got to try and stay focused. So I have ideas then immediately push them to the back of my mind and go ‘I’ll think about that later’."

Given the strength of Dan and Emily's work at such early stages in their careers, I'm looking forward to seeing what form those ideas might take.